The results are up for Splatoon 2’s latest free-for-all. Players across Japan battled it out yesterday over deep topic “Hana yori Dango”, or Flowers vs Dumplings, or Blossom vs Donuts, or Beauty vs Desire. Whichever way you wanna look at it, we have some pretty interesting results.

Pearl’s Team Flowers took the ultimate 2-1 victory, have barely captured both Team and Solo play. The vote however, leaned heavily toward Marina’s Team Dumplings, so the latter choice was pretty damn popular, and had the trophy snatched from their sugar-stained hands.

Of course, who knows how people were voting? Were people looking at it philosophically, comparing the natural beauty of the world to the base desire of gluttony? Were they just voting for the character they like best? or were they straight-up selecting which of the two items they’d rather eat? The latter question would drive Homer Simpson insane.

However you slice it, the numbers do not lie. Chalk up another victory for the Queen of the World. 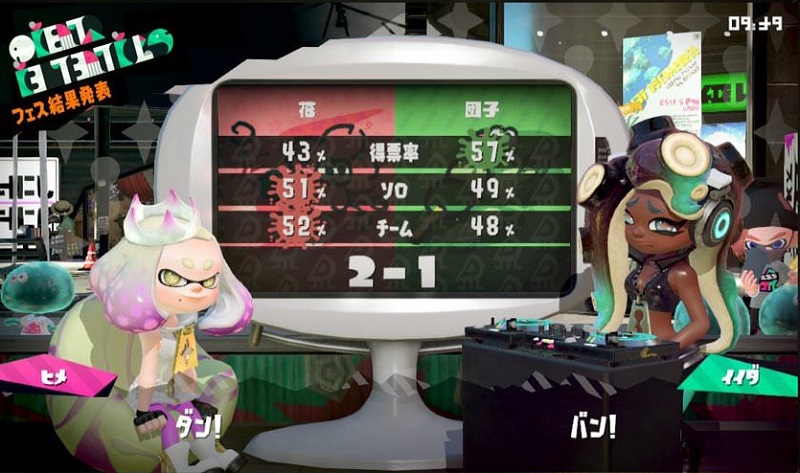 The next Splatfest takes place in the U.S and Europe and will see players fight it out over which came first: The Chicken or The Egg? The 24-hour battle begins in North America on March 9 at 23:00 ET. In Europe, the splatfest will run from March 10 at 15:00.