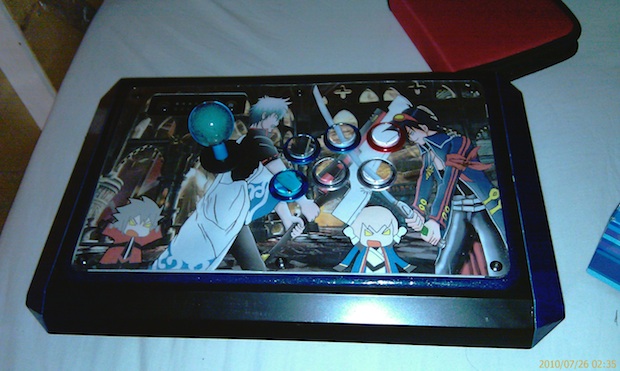 Neo Empire forum member general skirmish was crossing a poorly lit, narrow bridge one night. He pulled out his phone to use the GPS to guide him to his destination but was interrupted by a mugger. The mugger demanded his phone but skirmish refused. The mugger tried to stab skirmish in the side but only managed to cut into his leather bag, which held his TE Fighting Stick. The joystick deflected the blade and this gamer lived to tell the story.

general skirmish tried to grab the knife from the mugger when he was stunned from the stab deflection. He ended up with a small cut around three fingers, but the mugger backed down. “The bastard didn’t take nothing from me, and I’m still alive,” he says.

Pictured above is the joystick that saved his life. Our lucky victim jokes that this is why a stick is better than a pad.