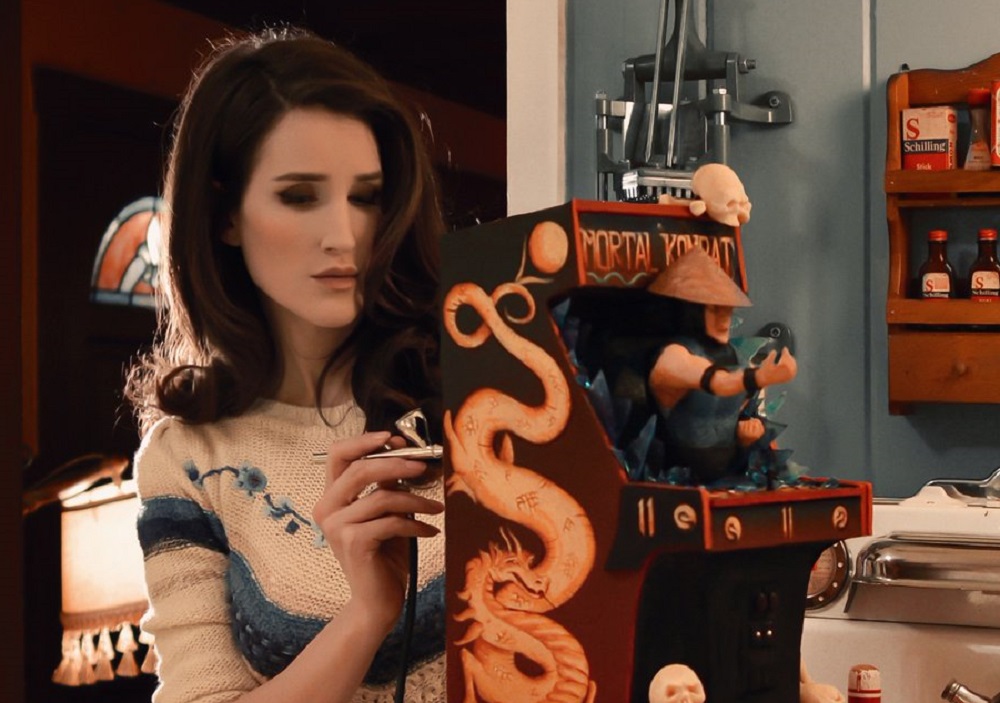 You may recall that a few weeks back we posted an article about the talented Christine McConnell, who had been commissioned by NetherRealm/Warner Bros. to create a gingerbread cake in the style of the classic Mortal Kombat dragon logo. It was a sight to behold.

It seems as though McConnell – who carries the enviable resume of baker, photographer, clothing designer, interior decorator, blogger and TV show host – wasn’t finished, as she has revealed another amazing Mortal Kombat cake, only this time shaped in the form of the classic 1992 arcade cabinet.

The frosted coin-op features hand-painted side-art, accurate control panel and even yer boy Raiden smashing through the display. The base is also decorated with a grisly puddle of blood and the skulls of a few hapless victims. Really impressive work, though I am kinda hungry now…

You can check out more of McConnell amazing work over at her official Twitter account. Mortal Kombat 11 launches April 23 on PS4, PC, Xbox One and Nintendo Switch.

Last picture is what my kitchen actually looks like after one day of work ✨😬✨ @WBGames#MKKOLLECTIVE #MK11 #WBSponsored pic.twitter.com/bw4vrvBQrD