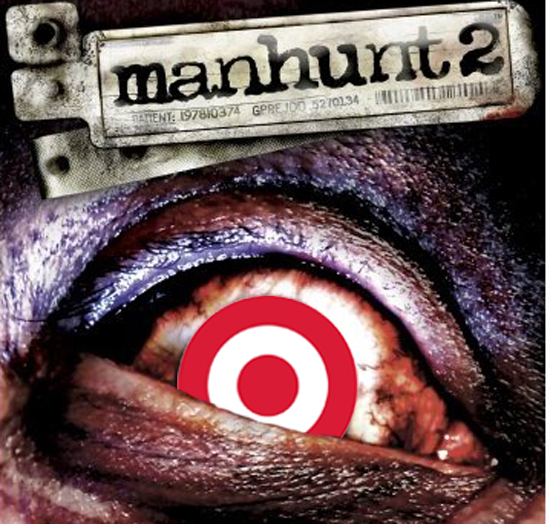 After Target learned that people could see the censored kills in Manhunt 2, they have decided to take the game off of their shelves:

“While ‘Manhunt 2‘ was given a ‘Mature’ rating by the ESRB, we received additional information that players can potentially view previously filtered content by altering the game code. As a result, we have decided not to carry the game.”

The article on ABC doesn’t really clarify if Target is just taking the PSP version away or all versions but in any case, this is a dumb move on Target’s part. The game still maintains the M rating even after this incident so the only thing Target is really doing is hurting it’s own sales.

Oh well, I guess people will just have to buy the game at Best Buy, Wal-Mart, Circuit City, Fry’s, GameStop, GameCrazy, and any number of other electronic stores. Oh, and the Internet. Almost forgot about the Internets.