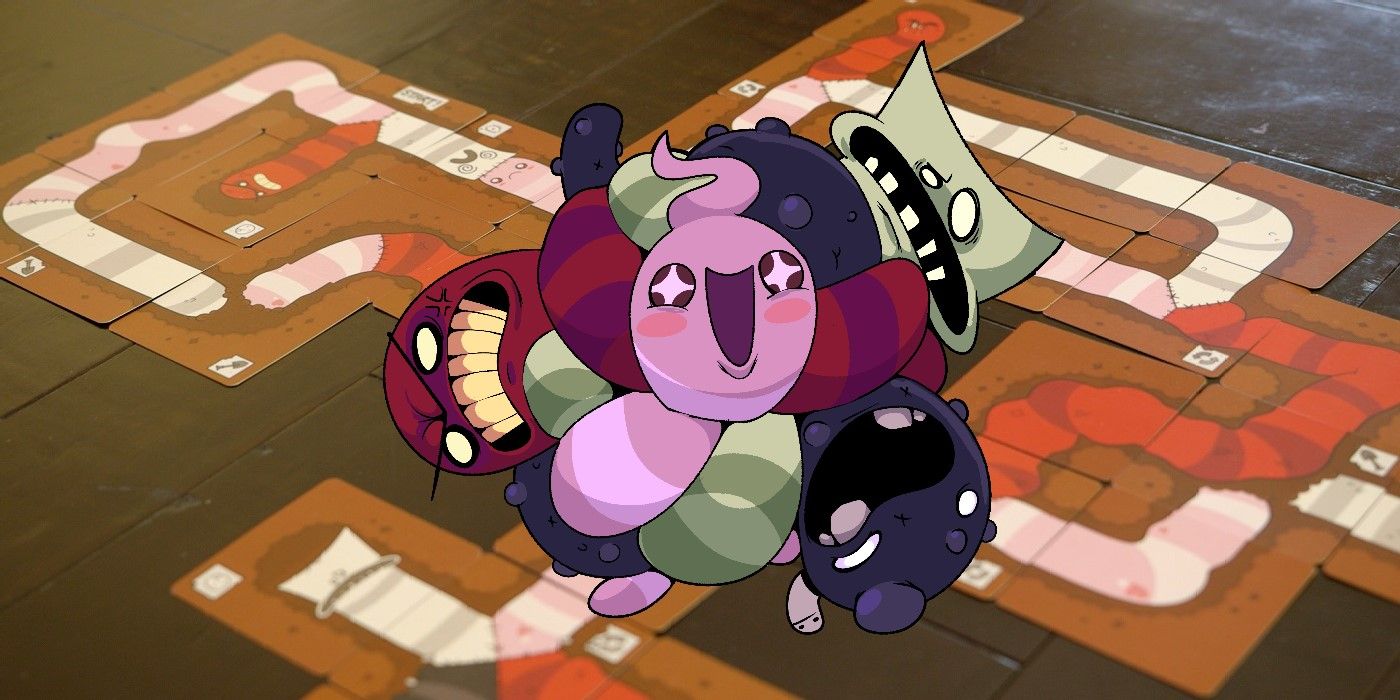 Slap those squirmy suckers down, son

Normalizing things that society tells us are disgusting is the status quo for Edmund McMillen.

Be it Meat Boy’s full-body bloody wound or the copious loads of poop in The Binding of Isaac, giving a cute face to signifiers for injury or disease is something Ed can’t help but want to do. He’s also been drawn away from traditional game development of late, with every other game release in the past few years being card-based as opposed to electronic.

His latest is an all-new IP called Tapeworm, and it’s probably his most accessible project to date. Unlike Binding of Isaac: Four Souls, which is pretty complicated from the outset, it’s all about using cards to physically lengthen, cut, and stitch your titular parasites. It’s a much more tactile, toy-like experience, requiring minimal pre-reading to dive into, and won’t kill you right away either. Anyone with about three square feet of space and at least one other person to share it with can play.

The game is on Kickstarter now, and to the surprise of no one who’s followed McMillen’s career, it’s already made more than ten times its funding goal. He’s also putting together a print-and-play version of the game for backers who are looking to jump in while they’re holed up during our ongoing shelter-at-home scenario. It could be the perfect way to pass the time with whoever you cohabitate with as you all wait to be allowed back into your favorite fun park or video arcade.