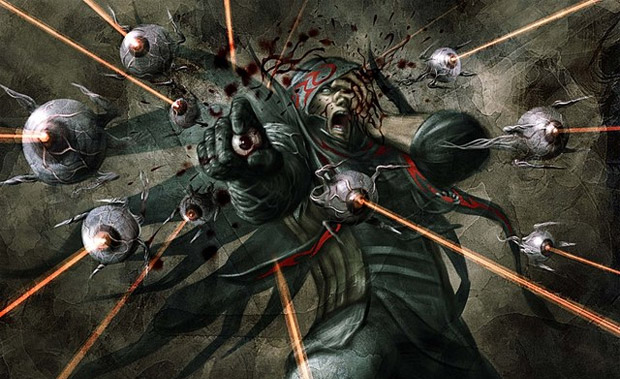 It’ll likely be for the Vita if plans move forward

Speaking to IGN, Soul Sacrifice designer Keiji Inafune shared his interest in working on a sequel to the upcoming PlayStation Vita game, which shouldn’t come up as much of a surprise. The same could be said of countless other titles, but thankfully, he’s gone a step further than most would be willing to say publicly so early in production.

“I’m interested in making other console games for PlayStation, not just for the Vita,” said Inafune. “Soul Sacrifice is something I specifically designed for Vita using [the] hardware’s specific features. To drive Vita sales even more, I have an idea for a Soul Sacrifice sequel. I’m actually approaching [Sony Computer Entertainment] regarding this project.”

How’s that working out? “Let’s say the talks are ongoing and I’d love to make it happen.” Although Soul Sacrifice isn’t available yet in the West, it seems people are digging the demo, including our own Chris Carter. Might be too early to start thinking about a potential follow-up, but that’s the way these things tend to go.

A Soul Sacrifice Sequel For Vita? ‘Talks Are Ongoing’ [IGN]