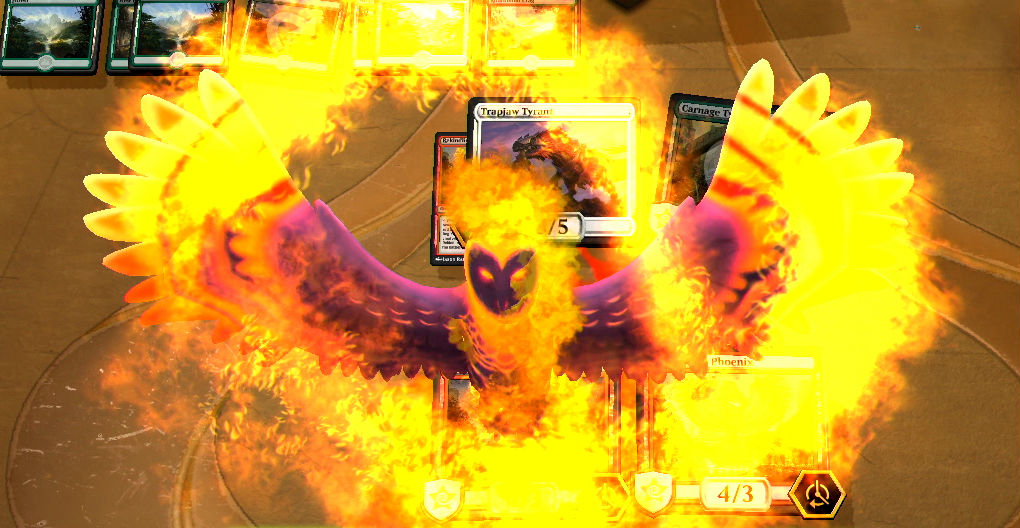 Their eSports angle has a Rakdos flourish to it

Magic: The Gathering Arena, even in beta form, is ripping through the digital card game market. With newcomers like Artifact fizzling it’s poised to really make a splash this year when it fully launches: a goal that’s helped by the fact that Arena is basically a 1:1 re-creation of the enduring 26 year old classic formula.

I sat down with some of the top people leading the Arena initiative (Elaine Chase, VP of Esports, Bear Schmiedicker, Director of Esports, and Ben Drago, Senior Manager of Competitive Gaming) to get a feel for what’s next, and it’s mostly good news for people who are interested in getting into Magic or are already digging into Arena. 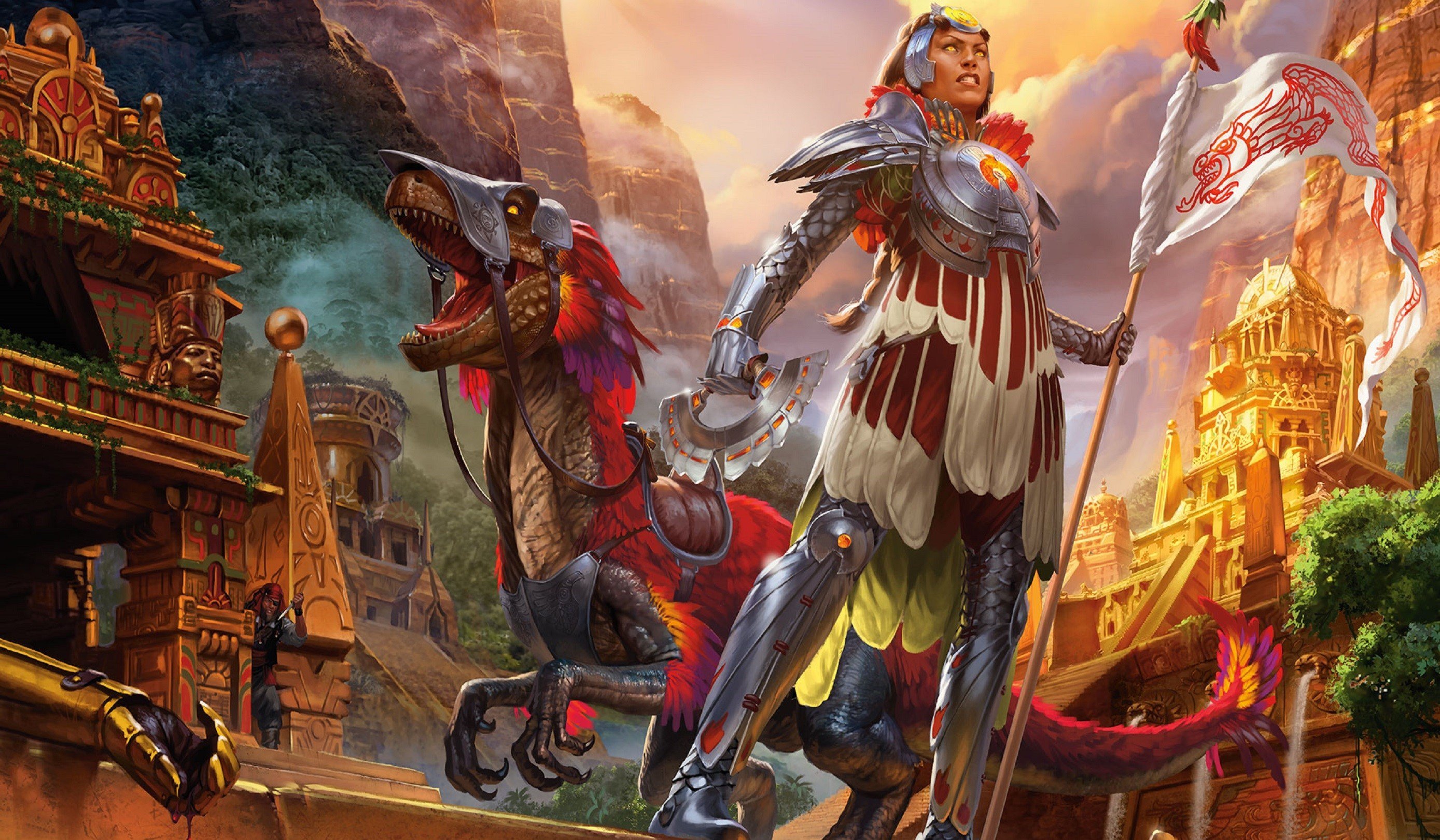 Getting right to it, I wanted to dig into the challenges the Arena team had when adapting the tabletop version of the game into digital form: specifically, the decision to showcase the “best of one” format. For those of you who don’t play Magic, “sideboarding” is a huge part of the inherent strategy found in competitive play. While you start with a 60 card deck, you’re also allowed 15 cards as part of your sideboard, which you can swap in between games in a best of three format. It’s a large reason why there’s so much depth at the pro level, but Arena is very much focused on best of one, which is far and away the most prevalent archetype in digital card games.

Speaking to the difficulty in adapting an age-old principle, VP of eSports Elaine Chase notes that Magic is basically whatever you want it to be: “One of the secrets to Magic’s success over more than 25 year is that it has a core rules set that gets played across a multitude of formats and structures. You can play Magic 1v1 or multiplier, you can play constructed with decks you built from your full collection or limited with cards that you open up right then, you can play Commander with 100-card singleton decks using cards from throughout Magic’s history or standard 60-card decks with 4-of rules and only using the last few years of releases, and you can play best of three Swiss-paired tournaments or best-of-one or single elimination, or an infinite amount of other ways.”

Director of eSports Bear Schmiedicker chimed in to note that since Arena is able to tackle things that would otherwise be “intrusive” in tabletop, they’re able to try things like Duo Standard. Ben Drago, Senior Manager of Competitive Gaming feels similarly, noting that “Match formats like best of three [are] just one of the tools we have in our toolbox,” and that “for tabletop Magic, we believe that best of three is the correct format used for competitive play.” It seems like the format isn’t going anywhere. 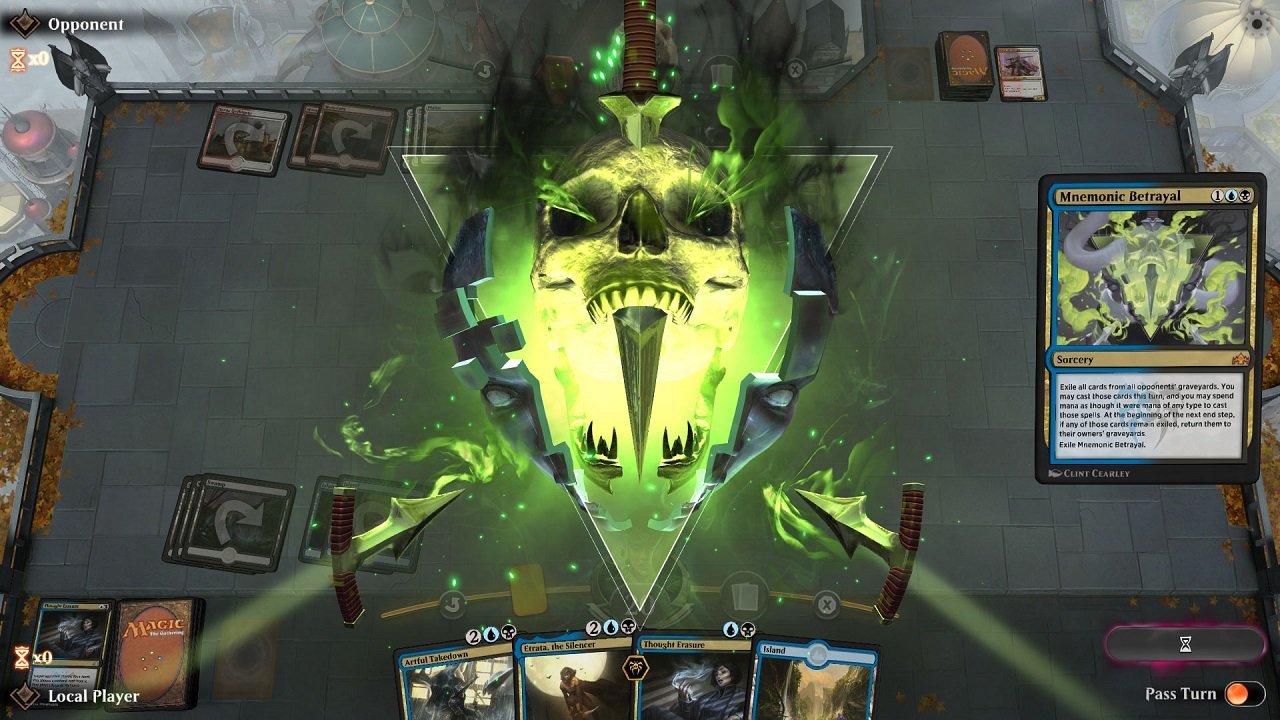 Another big aspect of Arena is how it is changing the tabletop version already. Just recently one card (Ajani’s Pridemate, on top of the Nexus debate) was altered to make the card play better digitally and the change impacted the paper version. Chase says this is a good opportunity to point out that both versions can be  different, explaining, “While Magic tabletop and MTG Arena share a core rules set and the standard card sets, we actively hope that the different formats and structures played in each platform generate their own unique metagames. Magic is at its best when cards, decks, and strategies play out differently depending on the format, and creates their own experiences and puzzles to solve.”

As far as the eSports initiative goes, things seem to be going according to plan. Chase reminds us that the Magic Pro League is a go, and the 32 players have over 1,000 Magic Pro Tour appearances. Schmiedicker says that anyone can be a pro, stating, “Theoretically, you could pick up a deck tomorrow, play in events, and then qualify for the Magic World Championship. I love that about Magic. There’s few games out there that have that level of accessibility to the top level of play. Also, Magic has just been around for so long. The stakes of competition are a lot higher when there’s 25 years of history staring you in the face.”

The Arena side really kicks off in earnest at PAX East this weekend, with a $1 million Mythic Invitational that serves as Arena‘s big debut to the world. There’s work to be done however, as Chase says that they want to expand the internal eSports structure and learn from what’s to come in 2019. Drago draws attention to all of the different formats present: “I’m always looking for ways to create even more opportunities to play competitively. We have a good menu right now that starts with Mythic Championship Qualifiers held at WPN stores all over the world. MagicFests offer a variety of tournaments for players of every experience level, and are also a great to just hang out and play Commander. Next month there is a MagicFest held at Mythic Championship II in London so attendees can come watch MPL players compete while playing with War of the Spark for the first time.” 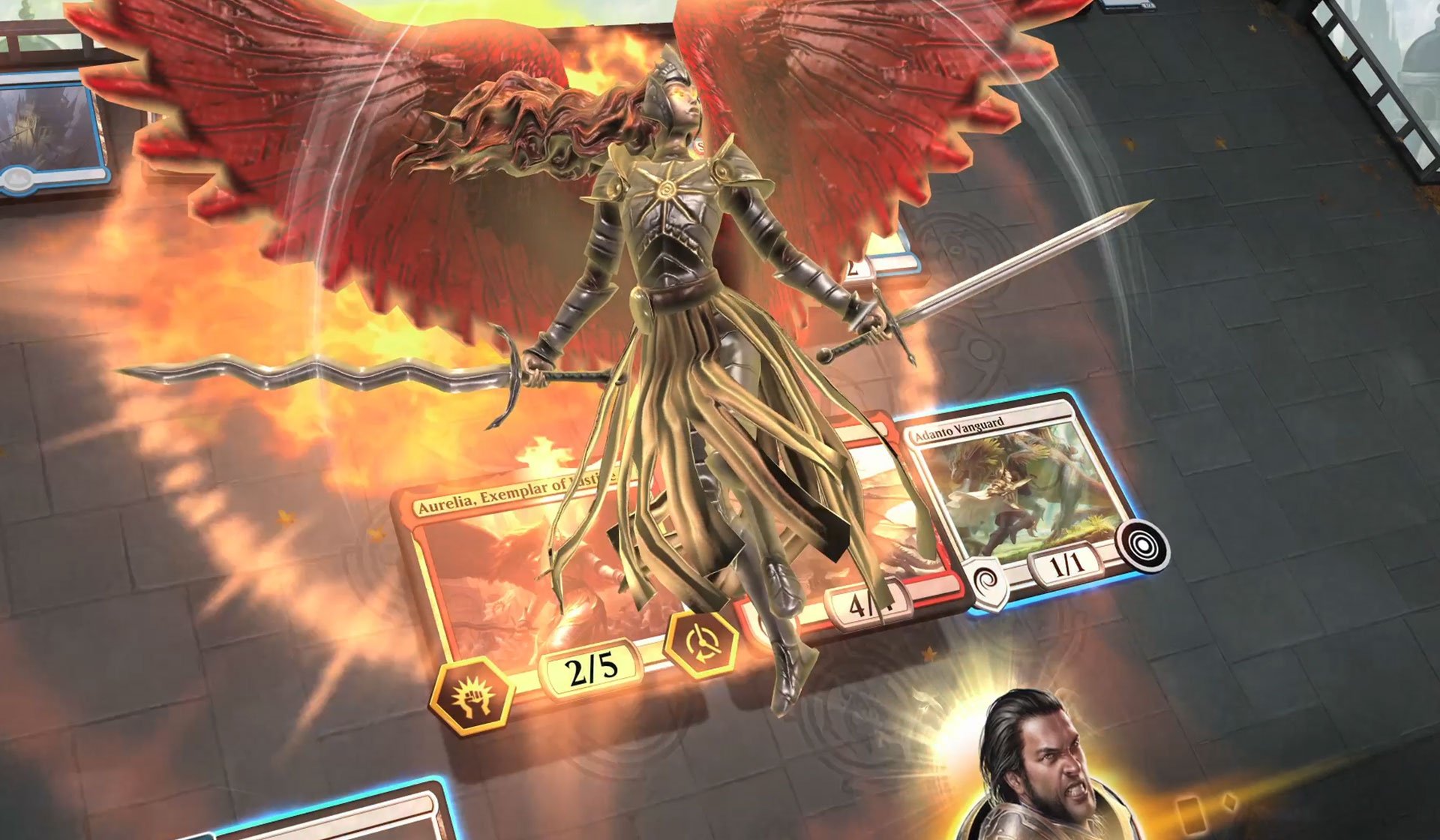 As an Arena player myself, I had to find out what the creators fancied. While I have around 15 competitive digital/paper decks, I’m currently in love with Temur Reclamation (a deck that centers around this card, which allows me to play my entire mana base on my turn as well as my opponent’s turn). I wanted to get a sense of what everyone else plays though, and thankfully I got a variety of responses. Chase is “in love with mono blue tempo [one of my favorites as well: a deck that involves lots of cheap counterspells and cheap evasive creatures],” and particularly adores that one of the key cards is Tempest Djinn, given that her daughter’s name is Tempest.

Schmiedicker digs mono white (a swarm/life gain deck which is getting its own Challenger version soon) and climbed the Arena ladder to Mythic with it, pivoting to Golgari Graveyard (an awesome deck that uses your graveyard to its advantage) and Rakdos Midrange (a black/red combo using the archetypes of the demonic Rakdos guild). Drago is just diving into a red-heavy Gruul deck (creatures that can opt to attack swiftly or bulk up the turn they are played).

It all just highlights that there’s tons of different ways to play Magic: one of the chief reasons it’s still around. If you haven’t played Arena yet give it a shot.