[Talking to Women about Videogames is a series where Jonathan Holmes talks to different people who are women about the biggest videogame news of the week for some reason.]

We shot this episode a week and a half ago, well before Dtoid’s Allistair Pinsof, Jim Sterling, and Holly Green already wrote their respective posts about the upcoming Tomb Raider reboot. I’m going to try to take a different tact at discussing the game here, focusing on why people already feel this strongly about it. Despite the fact that it’s a long way from release and that we only know the game from trailers and gameplay footage, Tomb Raider has already evoked a deep gut reaction in fans and non-fans alike. A lot of people I’ve talked to aren’t even sure exactly why they feel so strongly about it. They just watch that trailer and, before you know it, they’re pissed off.

That’s probably because their feelings are confounded by separate but equally sensitive issues. With this new game, everything that Lara Croft represents as an icon, and as a woman, has been changed forever. You can’t expect to make those kinds of moves without getting some blowback.

Before we get started, let’s establish our terms. I think we all have a basic understanding of what the word woman means — though we all surely have different understandings of the specifics around that — so let’s move on to icon. Though the term is often used as synonym for popular or legendary, it actually means something very different. An icon doesn’t have to be well known, as long as it represents a specific idea or concept. The icons on your computer’s desktop may not be famous, but they still do a great job of symbolizing bigger and more complicated things. The same goes for other familiar icons like a stop sign, a smiley face, and the American Flag. Icons are all around us, though we often take them for granted. For instance, every letter in the alphabet is an icon. The shape of the letter “A” represents “A-ness”, the letter “B” represents all “B-ness”, the letter “P” represents.., well, you get the idea.

Icons need to be simple in order to work. They can’t be too detailed or else their ability to clearly and quickly represent just one idea becomes hampered. That’s true of both an icon’s appearance, its design, and even narrative icons within a story. Too many details clutter the message, slowing the icon’s ability to show us what it means.

Lara Croft was originally an action-adventure icon; a detail-free surrogate hero for the player’s consciousness to inhabit. Her adventures were our adventures. Her story was our story. She was a nobody, which allowed her to become us. With no details to make the character human, Lara Croft could easily become an extension of our own psyches. 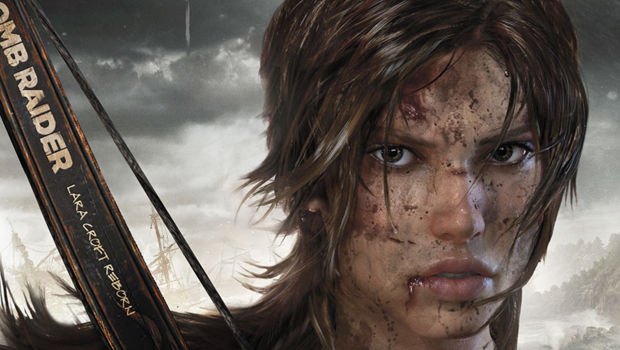 According to Crystal Dynamics, that’s all set to change with Lara’s new game. With these additional details, her character is bound to lose some of its iconic properties. Now that she has her own story, she’ll become an individual, instead of a “living” embodiment of the Action-Adventure ideal. It won’t be as easy for us to see her as an extension of ourselves now that she’s her own person. Her iconic face has been literally and figuratively muddied to the point where it’s hard to recognize her.

This is a loss. Classic Lara was one of the few female leads in gaming to truly hit the big time. Though women make up the majority of the world population, they are still a minority in the world of action game protagonists — undoubtedly, because so many action game consumers are male. Human beings are still primitive to the point that, on the whole, we have trouble identifying with someone who doesn’t look like us which is probably why so many of the people who like my videos are from Brazil, Uruguay, and Peru [Editor’s Note: Don’t forget our growing Lebanon audience!] 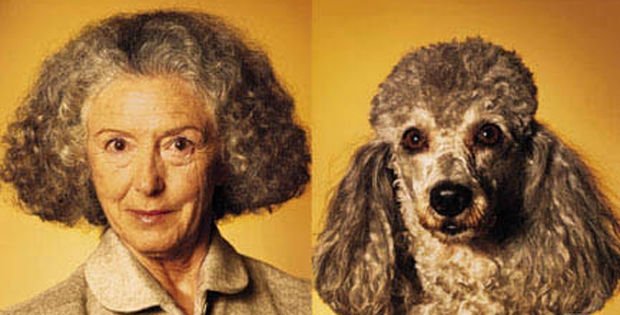 The fact that Lara was able to break that minority barrier was nothing short of revolutionary. Contrary to what the game’s developers may think, Lara Croft was a character that millions of males were able to identify with at one point in her career (specifically, the part where she ran away from a Tyrannosaurus Rex). The fact that the developers of the new Tomb Raider are willfully throwing that familiarity away in favor of a torture-packed origin story has caused many to question their judgement and rightfully so.

Their decision to portray Lara as a constant victim is equally questionable. If the developers of the new Tomb Raider had been tasked to create Nathan Drake’s origin story, would they have thought to have him constantly beat up, groaning, and abused at the start of his journey? Would they feel the need to dole out that kind of abuse on a male protagonist in order to “build his character” into someone who’d be “tough’ enough to explore tombs and kill strangers? I don’t get the sense that they would. It seems they’re of the mindset that in order for a woman to become an action hero, she needs to go through an I-Spit-On-Your-Grave-style nightmare in order to break down the feminine boundaries between being a regular woman and a wise-cracking, mass-murdering action hero. 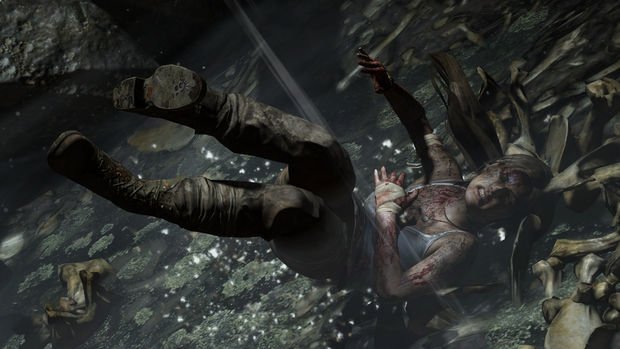 All potential sexism aside, that’s not the way to go about writing the story about a minority character that’s made to appeal to the majority. Focusing on the differences only serves to make your minority character harder to relate with for the majority, and more importantly, it risks making your depiction come off as ham-fisted. Imagine if The Cosby Show had been called Funky Ghetto Doctor, or a game about a gay male that’s filled with, well, stuff like this.

That would’ve only worked to insult the minority audience and give the majority a group of characters that they couldn’t relate to. It’s not that it’s necessarily sexist to show Lara in dis-empowered positions or to imply that in order for her to become a hero she needs to be sexually assaulted first. It just feels like it does nothing to appeal to Lara Croft’s strengths as an icon and as a character that both men and women can relate to. It’s also in questionable taste to show a woman escape a near-rape to only have her cracking one-liners about “hating tombs” a few minutes later. I’m all for games taking on more grievous, genuinely painful subjects, but I’m not sure that’s what the new Tomb Raider intends to do. It seems more like putting Lara into terrible situations in order to make her adventure seem more important, and by proxy, to make us feel more important for being tasked to “help” her.

Now, I’m not one to launch a huge criticism without offering some constructive pointers in tandem. So what could have Crystal Dynamics done differently with their Tomb Raider reboot? Remember what I was saying before about how every letter in the alphabet is an icon? That also applies to how they work together. As letters come together to form words, character icons can be put together to form something that is greater than the sum of their parts. Take the cast of the original Star Wars trilogy. On their own, Boba Fett, Darth Vader, and Han Solo are all simple, one-note characters, symbolizing just one simple idea a piece. They had no back story, no complexity, and usually just one or two moods a piece. If they had more than that, it would have been a lot harder for audiences to understand what they represented, and to identify with them. 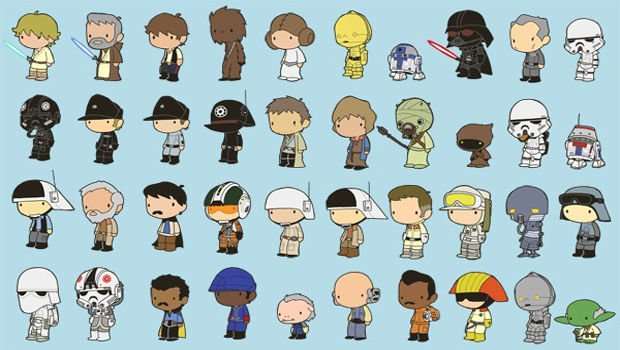 So alone, they are each a simple, easy to compute, one-note tunes, but put them together and the dynamics can get pretty complex. That’s part of why everyone loves The Empire Strikes Back so much. All of the simple, one-note icons of the Star Wars universe come together in a blazing symphony of symbolism and character.

This also worked for the Uncharted series, a set of games that are a big inspiration for this new Tomb Raider title. I’m not the biggest fan of the Uncharted characters, but it doesn’t take a fan to recognize that the series is very well written. Each character represents one idea or two ideas at the most: Nathan the young alpha-male archetype, Sully the experienced, almost fatherly image of whom Nathan may become, Chloe, the exciting, lawless, instinct-driven outlaw, Elena the moral and just voice of reason, etc. Put all these characters together and the simple ideas each represents paints a picture filled with tension, chemistry, surprises, and excitement, all while maintaining the veneer of realism that the kids seem to like so much these days. 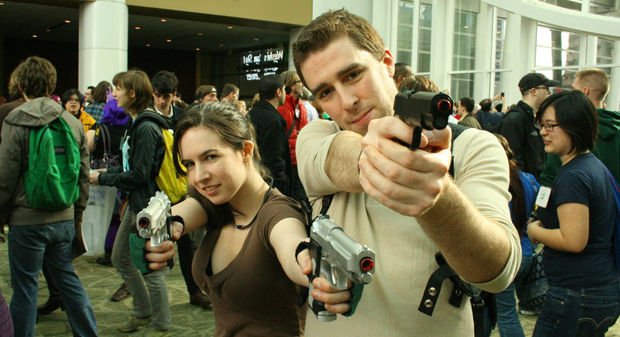 Picture if the new Tomb Raider showed Lara Croft as a brave, sometimes reckless, thrill seeking young woman who, like Nathan Drake, is comfortable with exploring everything the world has to offer. She may let a hot, smart, exciting equivalent to Chloe try to seduce her, as she may be seduced by the concept of using her skills and natural talents for exciting but ultimately unfulfilled ends. There may be another man or woman in her life that’s like Elena, representing a less initially exciting path that is more emotionally challenging and, as a result, will lead to stronger character growth.

Neither of those characters need to be romantic interests. In fact, it might be better if they weren’t as it feels like almost every story EVER about women revolves around either motherhood or romantic love — but they would still give Lara a nice set of icons to bounce her own character traits off. Would it be a little cliche? Absolutely. Would it be less cliche than the old “beat up a woman at the start of her story to make the viewer excited and concerned, then have her do a bunch of badass shit at the end of the story to show how far she has come”-routine? Maybe. It all depends on the execution (no pun intended). 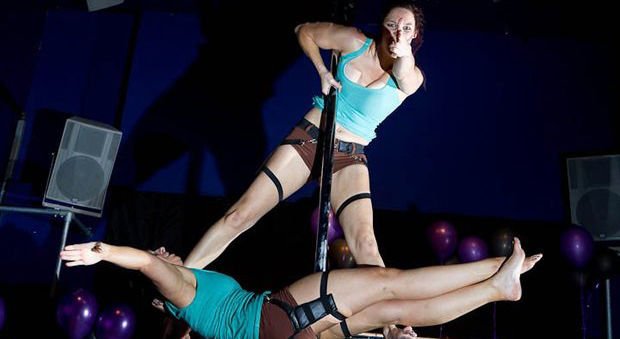 Like Holly said in her Tomb Raider interview, there are plenty of reasons to stay optimistic for the game. All we’ve seen so far are trailers, and while they have turned off plenty of fans (like this week’s TtWaV guest), they are not indicative of what the new Tomb Raider experience will provide. If the final game sticks to the iconography and subjectivity of Lara while taking her character in interesting new directions, I’m sure it wont end up being the divisive, controversy-laden snake’s nest that it appears to be at the moment.

That said, I’m expecting the worst at this point, as both the trailers and the comments from the developers show me that their thinking takes Lara Croft two steps back for every one step forward.