[Talking to Women about Videogames is a series where Jonathan Holmes talks to different people who are women about the biggest videogame news of the week for some reason. Get the album featuring celebrities from the world of game music here.]

At a recent, post-screening, Q&A session for Indie Game: The Movie, co-director Lisanne Pajot was asked if she is a “gamer.” Upon being approached with the question, her posture immediately changed. Her head went down, she took one step back, there was a small pause, then she lifted her head, let out a nervous giggle, smiled, and said something about how she didn’t play a lot of games before making her movie, but that now that she’s learned so much about the game development process, she’s gotten into gaming in a whole new way. Her answer was genuine but tense. There was more tension there than she should have been made to feel.

To me, asking Ms. Pajot if she was a “gamer” after watching her incredibly heartfelt film was almost as irrelevant as asking her to wear her hottest outfit to a job interview for Maxim. It would be one thing if the question was asked lightly (as I’m sure it sometimes is). In this case, though, the question was put out with an interrogative tone, as if the quality of Ms. Pajot’s work would be partially determined by her level of “gamer-ness.”

Some of us have come to believe that we can gauge someone’s worth based on how much of a “gamer” they are. That is a foolish, narcissistic perspective that can only lead to bad things.

It makes sense that a lot of people who have identified themselves as “gamers” would succumb to the same type of elitism that has led them to feel bullied by American culture in general. Bullying begets bullying, and elitism is just bullying slathered in a sort of salty, passive-aggressive soy sauce.

As an adult who is firmly entrenched in the 35-to-50-year-old demographic, I can’t even go a day without hearing someone say something disparaging or disrespectful about videogames or the people who play them. It might be on TV, the internet, in conversation, or on a billboard, but it’s always there. Though gaming is more popular than ever, the generation who runs our entertainment industries, our political systems, and even our health care system still largely see gaming as a waste of time at best and as a problem at worst. 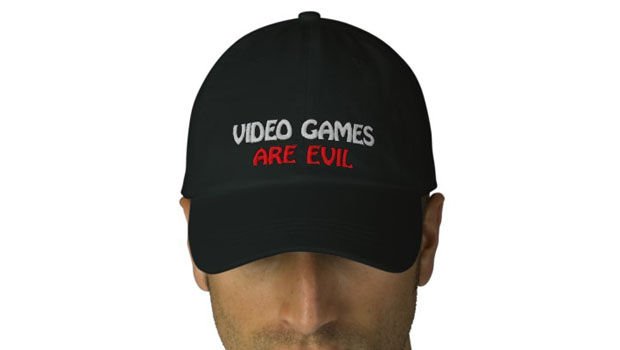 That becomes a problem when “gamers” take that defensive measure on each other. It’s that insecurity and need to show that gaming is valuable that has helped to bring rise to “gamer cred” mentality, “console fanboy” wars, and the “hardcore vs. casual” split (all of which only work to instill more brand loyalty and make more money for Apple, Sony, Microsoft, and Nintendo). 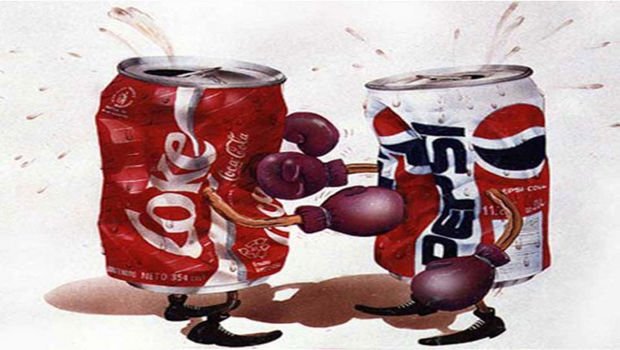 In the process of trying to prove to the world (and to ourselves) that playing videogames is an “Achievement,” many of us have lost sight of the fact that you can’t measure how much a human being is worth based on that measure. I’ve been told before that my reviews are meaningless because the Wii is home to my favorite games of this console generation, and therefore, I am “not a real gamer.” Some of my colleagues in the gaming press have been told that, because their gamer score is lower than their audience’s, they have no right to be working in the games industry at all. I’ve heard plenty of hosts (usually women) of various gaming-focused TV and internet shows tell me that their “gamer cred” has been “tested” by their fans in order to assess if they can do their jobs or not. Never mind if they are intelligent, well-spoken, and passionate about their work. Some think it’s more about if they can do a 132-hit combo in Killer Instinct or are willing to spend hours on end trying to catch every Pokémon.

What these folks fail to see is that there are different ways to show your love of gaming. Writers, podcasters, and video producers may choose to express their love of gaming by creating content about games. For instance, right now, I actually wish I could be playing Lost in Shadow, an excellent game that I’ve been meaning to play through for years. Instead, I’m trying to express my love for gaming and gaming culture by taking advantage of the opportunity that Destructoid has given me to create content for this site. In writing this article and creating the video seen above, I had to actively choose not to play a videogame. The trade off is I got to interact with you, the gaming community. I don’t think the fact that I chose to interact with you instead of play a videogame makes me any less of a “gamer.” 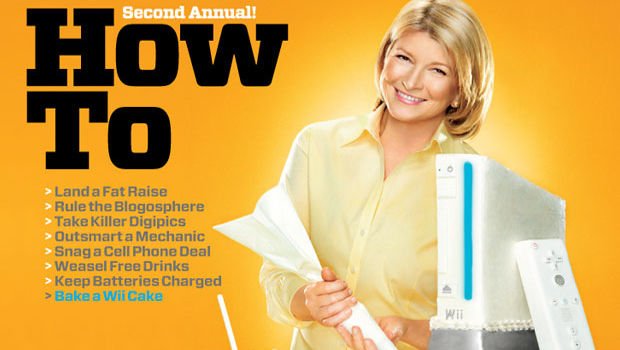 That’s exactly what Lisanne did in risking her professional, financial, and emotional future by co-directing Indie Game: The Movie, except times a thousand. She jumped into the world of gaming head first, kept an open mind, and always worked to respect the opinions of others, despite the surface-level differences they shared. That’s what allowed her to become an expert on what small-scale game development is all about, and in doing so, to become the co-creator of a film that may go on to be the new face of gaming culture.

She didn’t get into the world of gaming for purposes of escapism or to try to become an elite member of some giant counterculture club. She did it because she was truly passionate about videogames and the people who make them. That’s more than you can say for a lot of “hardcore gamers,” even the ones who have “prestiged” more than 10 times in Modern Warfare 2.

I think we’re lucky that Lisanne and James chose to create this movie, especially seeing how closed gamer culture can be. To go back to the story I opened this feature with, to imply that Lisanne might not be “qualified” to make her film based on her “gamer cred” is like saying a master painter isn’t qualified to create a nude portrait because he or she doesn’t spend enough time hanging out with naked people. What matters is how much the artist works to do justice to the subject matter. How much time they’ve spent wallowing in the more base aspects of that subject matter should be secondary. 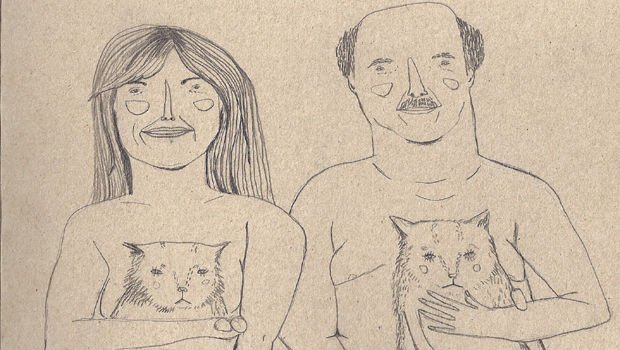 This is particularly true of anything involving videogames, where you just can’t tell how much someone loves gaming as a medium based solely on how much of their lives they’ve spent with the pastime. Maybe someone loves videogames as an art form, but because they are too uncoordinated to play them very well and are selective about what games they play, or because playing videogames for more than a few hours a week just feels unproductive, the’ll never have as high of a gamerscore as you. That doesn’t mean their opinion is invalid. Likewise, plenty of people I know who spend a large chunk of their spare time playing videogames don’t really care about videogames. They care about escapism, and vidoegames are just a means to that end. Just because you’ve read every romance novel ever written doesn’t mean you’re an expert on literature. You are not an expert on television production just because you’ve never missed an episode of One Life to Live.

That’s just part of why I think that, as a group, we need to start welcoming those with whom we might deem to be “non-gamers” into our little club with open arms. That’s the only way that gaming will ever grow in physical size, breadth of philosophical ideologies, and potential meanings. Gaming is the greatest artistic medium that we have, but it’s going to take a lot longer to reach its full potential as long as “gamer” culture is a closed society. 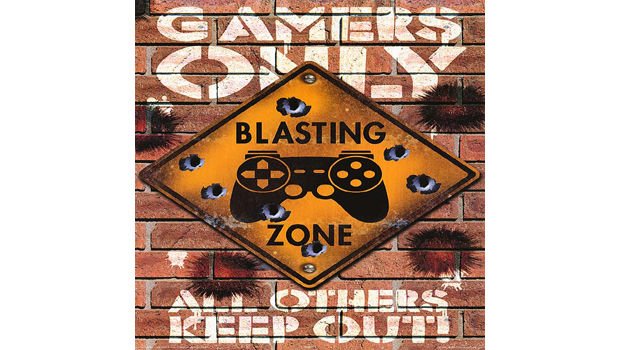 So let’s get rid of the idea of “gamer cred.” Let’s stop judging each other based on how many games we’ve played. Let’s stop segregating gamers based on meaningless terms like “hardcore” or “casual.” That way of thinking only works to unfairly devalue the perspectives and preferences of others, and in doing so, destroying any potential for constructive discourse between those of different backgrounds, interests, and tastes.

It may not be easy to let go of. That kind of elitism can provide a short-term, artificial ego boost that many find addicting. In the end, though, I think you’ll all find that the “gamer cred” mentality is not worth what it costs us in unity, respectability, and capacity to accurately perceive what’s really important to gamers and gaming.

In short, if you immediately thought I wasn’t worth listening to because I mistakenly called that Dead Rising achievement “Zombie Apocalypse” instead of “Zombie Genocide,” then you’re going to have a hard time at ever making anything as awesome as Indie Game: The Movie.

Filed under... #Destructoid Originals#Talking to Women about Video Games#Top Stories