Katsuhiro Harada, the over eccentric producer of the Tekken series, was a busy man at this year’s Comic-Con. With myriad Tekken properties to pimp though, he still made time to discuss anything I wanted about his esteemed fighting franchise.

With Street Fighter X Tekken, Tekken Hybrid, Tekken Tag Tournament 2, Tekken Blood Vengeance, Tekken X Street Fighter and both a Nintendo Wii U and 3DS version of Tekken on the horizon it’s amazing that Harada-san hasn’t imploded from the amount of pressure on him. Saying the man has a lot on his plate is no understatement. And with all that in mind where does one even begin an interview with the father of Tekken?

We began our conversation talking about perhaps one the biggest games of the show, Capcom and Namco Bandai’s clash of the titans, Street Fighter X Tekken, which was first announced at last year’s Comic-Con. Harada-san explained to me that the fruition of this epic crossover came to be while having drinks and Korean Barbeque with Street Fighter producer Yoshinori Ono one evening. As the night went on and drinks were thrown back, the two legends of the fighting game world thought it was such a bold idea, that it just had to be great.

As we continued, I inquired if he thought this collaboration would help further strengthen the Tekken name in the U.S. While Harada-san agreed that the series has fallen out of the spotlight somewhat since its PlayStation One days, he went on to explain that Tekken has always — and continues to be — number one in Asia and Europe. With Street Fighter being the top fighting game in the U.S., together they would mutually strengthen their legacies around the world.

I wondered if this was part of the reason why Tekken 6 came to the Xbox 360 — to help strengthen the brand overseas. Harada-san shared with me his love of PC gaming and to him, the Xbox 360 audience is very similar to the PC audience. They are passionate gamers that stick to their platforms. So bringing the Tekken franchise to the Xbox 360 was only natural to reach a broader appeal. He continued to say that more Tekken will “of course” come to the Xbox 360 in the future. 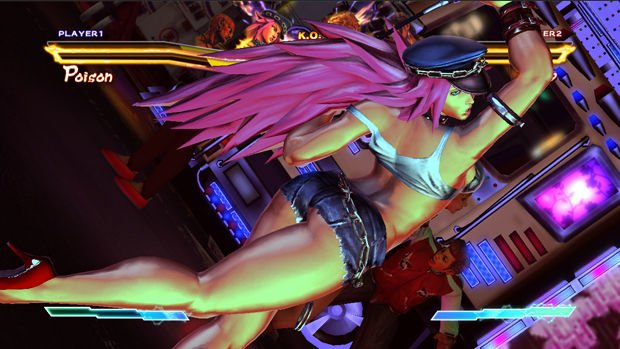 “If you are not making games on the 360, then you are doing something wrong,” Harada-san said.

Following this going to print, Hirada reached out to clarify what he meant… “The X360 has a large market in the US especially, so lots of fans had been asking for a version on that platform. So we made the decision to go multiplatform so that as many people as possible could play the game on their desired platform.”

With the focus of our discussion shifting back towards Street Fighter X Tekken, Harada-san’s passion was made ever apparent when I explained my impressions of the new characters that were added. Capcom brought their latest build to Comic-Con and I was able to spend a good amount of time trying out the latest roster additions before the interview: Tekken brawler Steve, enigmatic samurai Yoshimitsu, Street Fighter favorite Dhalsim, and the biggest reveal of the show, Final Fight vixen Poison.

Yoshimitsu, with his unconventional move set, fits nicely into Street Fighter X Tekken‘s 2D gameplay with both new Capcom fighters Dhalsim and Poison. Steve on the other hand I found a hard character to get down. He’s a puncher like Balrog and Dudley, but he just doesn’t have the same speed and reach that make those fighters so ruthless in the Street Fighter world. 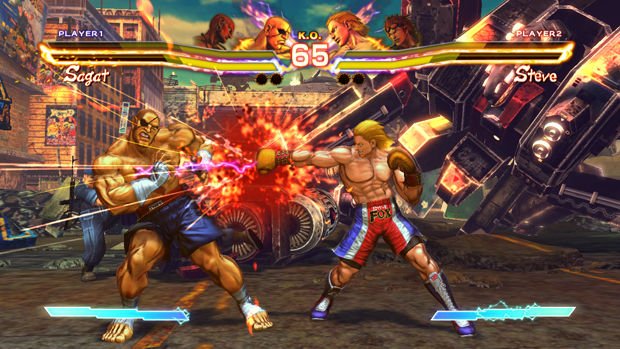 After describing my thoughts on Steve, I asked Harada-san a question he had never been asked before. What kind of Tekken fighters does he think best transition into the Capcom’s 2D fighter? Harada-san answered that he felt characters that are more kick focused fit best.

“Punches in Tekken have arcs that make it tougher to implement,” Hirada-san said as he clenched his fist and animated his body in the style of a sweeping Tekken punch.

If you have seen videos of Hwoarang in action, it’s easy to agree with Harada-san’s feelings. His sweeping kicks move across the screen in similar fashion to Kim Kaphwan of Fatal Fury fame. He’s fast and furious and so far my favorite Tekken addition. 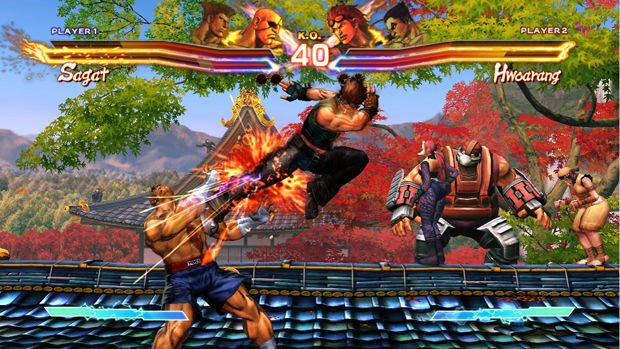 But as I watched Harada-san imitate the downward strike of a Tekken blow, my curiosity got to me. What Street Fighter characters, in his mind, were going to fit most naturally when they make the jump into his Tekken X Street Fighter?

A chuckle came from Harada-san during his answer as I too laughed at the man’s bravado.

“Maybe I shouldn’t say this, as I mean no disrespect to Ono-san, but Ryu and Ken will probably be even better in 3D.”

Again it was all about the punches with Harada-san. His reasoning for this thought is 3D allows for better, more impactful combos. But at the same time he issued concern about characters that may not work or will be a challenge to do when Tekken X Street Fighter gets closer to completion.

Dhalsim, Guile, E Honda and Blanka all have their own unique challenges to overcome. Really any character that can hurl their body across the screen, at least the impression I got from Harada-san, may not make the final cut. But if you’ve seen Tekken 6’s Alisa whose fighting repertoire (she has chainsaws for arms) already feels fresh out of a Capcom fighter, these just may be temporary hurdles.  And speaking of Alisa, she’s the one Tekken character Harada-san would like to see make the final roster of Street Fighter X Tekken. 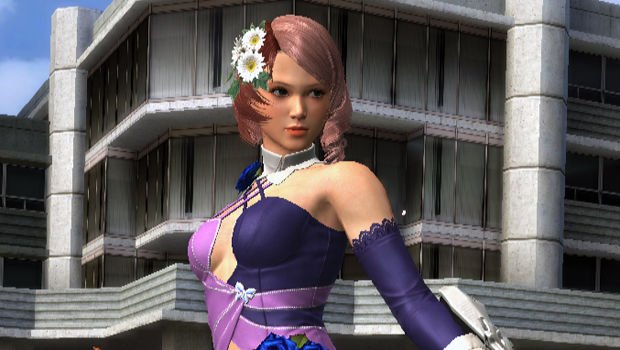 With a 2012 launch date for Street Fighter X Tekken, I asked Harada-san if he was worried that the success, failure, or Capcom’s tendency to iterate on their games would affect the release of Tekken X Street Fighter.

“I’ve talked with Ono-san and we planned a time-table for the games, but who knows there may be one Super Edition,” Harada-san joked.

With my time with Harada-san coming to an end, I realized I had only scratched the surface on all the Tekken properties coming. Starting with Tekken Hybrid and Blood Vengeance later this year and moving on, Harada-san confirmed that 2012 was going to be the year of Tekken — in addition to fighting games in general — and we could look forward to much more in the near future.