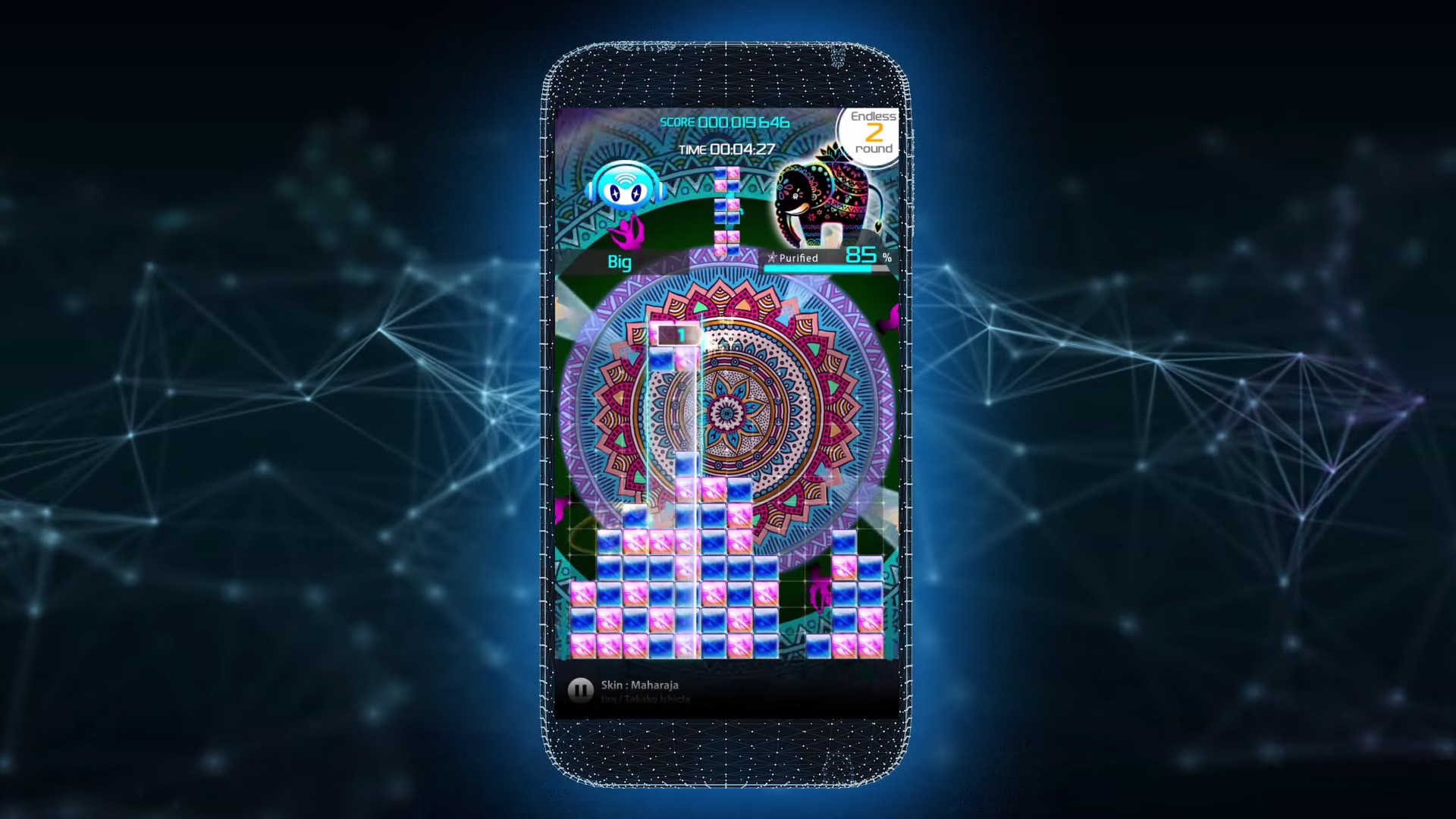 A fitting title for the visionary designer

It’s been many years since I’ve played Lumines on account of having a PlayStation Portable that is somehow both lost and broken, not to mention the fact that I’ve always been more of a Rez guy, but there’s plenty good reason to talk about the musically-gifted puzzler right now — a new version, Lumines: Puzzle & Music, recently released around the world for iOS and Android.

Now, it may not be your platform of choice for this type of precision-based score-chaser. I get that. But the way I see it, there’s at least a silver lining. In this “new era,” as designer Tetsuya Mizuguchi calls it, Lumines: Puzzle & Music is available for mobile devices in 169 countries. There’s potential to draw in a far wider audience than the series ever could during the PSP and PlayStation Vita days. “It’s a very happy situation for us,” he told me this past weekend at PAX West in Seattle.

All you traditionalists out there can think of it this way: the more people who play and support Puzzle & Music, even if mobile gaming isn’t to your tastes, the better our chances for another Lumines on different systems. This is one of those game series that will never stop evolving, we both agreed.

During our chat, I wondered with a mischievous smile if my personal favorite puzzler from Mizuguchi-san (and Smash Bros.‘ Masahiro Sakurai), Meteos, might also continue to evolve. The question prompted him to pull out his trusty Lumines-branded tin to offer me a mint. If that wasn’t code enough for “No comment,” he politely waited a few seconds before saying it in no uncertain terms.

That doesn’t mean we can’t speculate, though.

Two things. First, Mizuguchi-san is working as a producer on Lumines: Puzzle & Music alongside developer Mobcast, which he calls “a new and young team.” So young, in fact, that according to our translator, “they were probably in junior high or high school when the PSP came out.”

That energized mix of new blood with veteran designer has proven mutually beneficial, and as for the possibility of another collaboration with the team down the road, I got a short but sweet “Yeah.” Second, and more importantly, Mobcast now owns the property rights to Meteos.

Going back to Lumines, during his breaks, Mizuguchi-san has kept a watchful eye on the game’s shifting sales-chart position, including in countries he hasn’t heard of before. Addicting stuff to track, I’d imagine. Relative to the loud and drawn-out marketing pushes we would typically associate with a known IP, Puzzle & Music released under the radar — first in New Zealand, Australia, and Japan, before hitting the wider world — so to many of us, it sort of just appeared suddenly last week.

I asked him what the early feedback has been like during launch, especially from long-time players. They’re calling him “time thief,” he said. We all got a good laugh out of that. Mobcast is liable to steal even more time as it puts out updates and extra packs for the game toward the end of the year.

As a final aside, while brushing up on the history of Lumines for my interview, I learned that Lumines: Electronic Symphony for PlayStation Vita was originally pitched as a “Daft Punk: Lumines,” but it didn’t pan out that way. In a deeply horrifying twist, I neglected to ask for further details about what that concept could have been like and whether the abandoned idea might still come to fruition. If there’s any good left in this world, it better! We need a Daft Punk-infused Lumines game.