For years now, I’ve been a huge fan of the Yakuza series. The first title I played was Yakuza 3 back in 2011 and it took me by complete surprise. It was basically everything I had ever wanted out of a video game, right down to kooky characters and gut-wrenching action moments. It also had an extreme attention to detail in recreating a small slice of Tokyo, a city I’ve always fantasized about visiting.

When the chance arose to speak with the localization team behind the series, I couldn’t pass that up. I had always wondered about how one gets started doing localization or what the process might be for selecting which features get cut. With Yakuza 6 releasing soon, it felt like the best opportunity to have a chat with Scott Strichart and Sam Mullen (producers over at Atlus that handle Sega’s Japanese content). While I wasn’t able to directly talk to them, I did put together a couple of questions that hopefully answers how the localization process isn’t as straightforward as you might think. 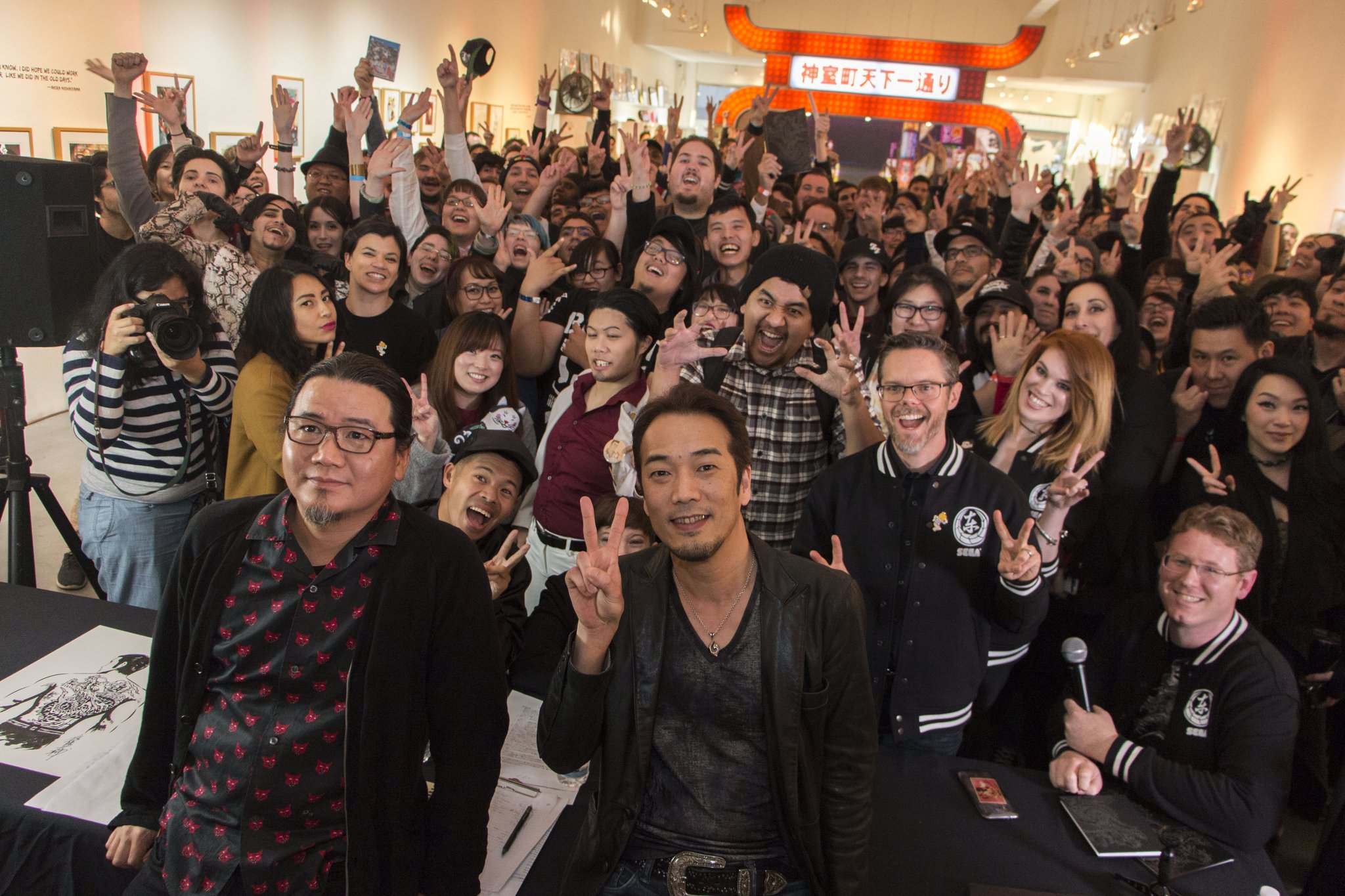 To start off, I asked Sam and Scott how the two of them even ended up working on localization for the Yakuza series. The cliff notes version is that they happened into it, but the longer story is a bit more detailed. For Sam, he started his career working on deployment and project management on Japanese cell phone games in a pre-smartphone era. This soon led to him becoming a project manager on deploying Japanese games into Western markets, which he describes as being, “effectively localization.”

For Scott, his story is more of an underdog tale. After receiving his English teaching degree, Scott found himself broke, unemployed, and disillusioned with his life. He took a long shot and applied as an editor and tester at a local company to keep himself afloat. That company turned out to be Atlus and after a single project in QA, Scott was brought on as an editor for the Nintendo DS game Drone Tactics. As he states, “I still have that game, sealed, on my desk. Never forget your roots…But don’t play them, either.”

Both men have worked on a tremendous amount of titles. When asking about their personal favorites, both agreed that it was too difficult to pick one game. “Games are like children,” Sam says. “There are no favorites. Each is special in its own way.” Still, some of the more notable titles each has worked on include the SEGA Vintage Collection, Persona 4, 3D Dot Game Heroes, Project DIVA, Theatrhythm Final Fantasy: Curtain Call, and Class of Heroes (the first game the two worked on together). 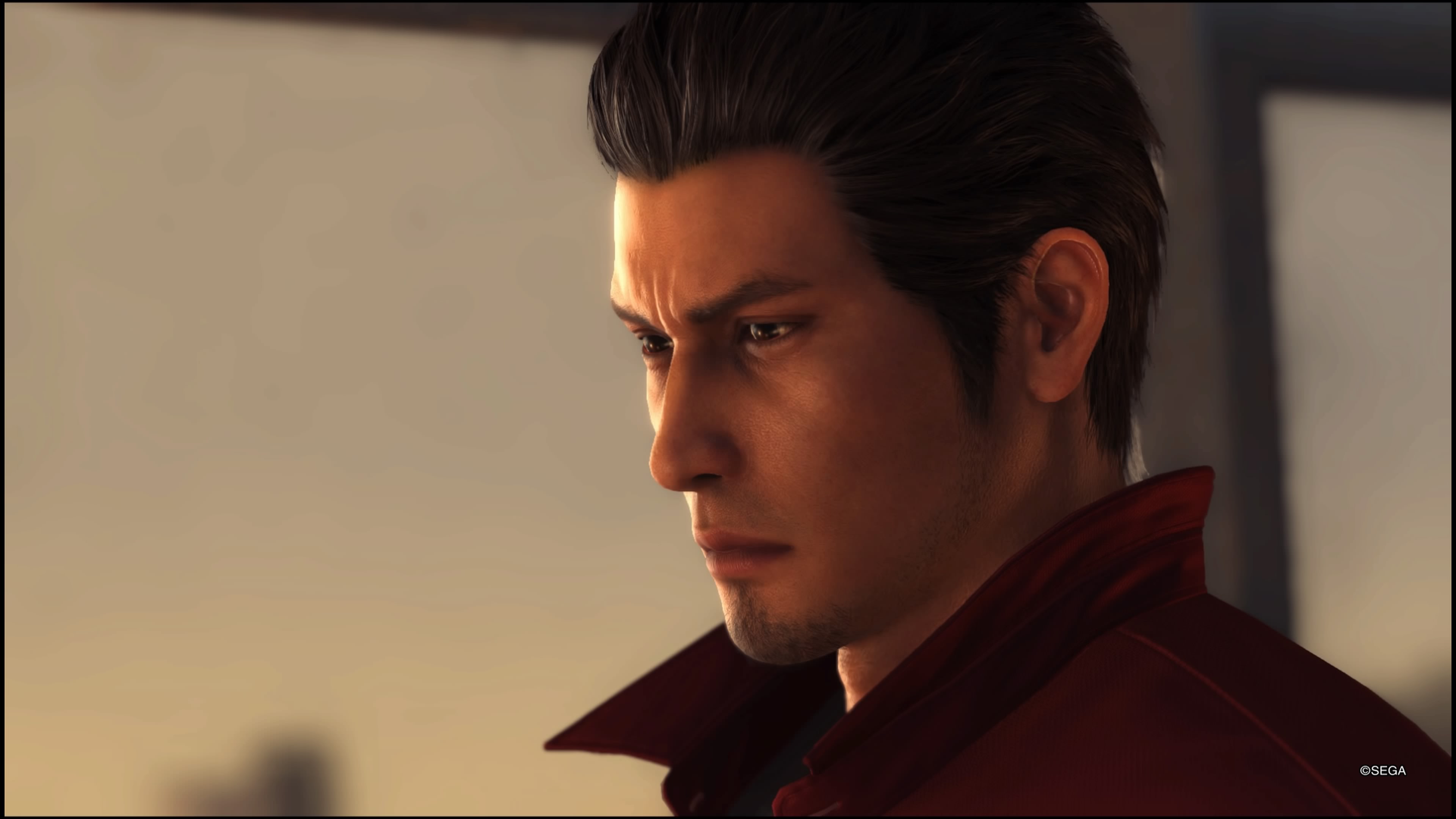 With such a broad range of genres and styles, I obviously wanted to know how long a typical game would take to localize. I stuck more to the Yakuza series when asking this, but Sam’s answer can apply to almost any text-heavy Japanese game. In his words, “[The length] depends on a lot of factors, including the number of Japanese characters in a game…and the number of people we can allocate to the project. The Yakuza series has become easier to localize over time and with the move to the Japanese version needing to support both Traditional Chinese and Korean at launch…there’s been a lot of improvement in our ability to engage earlier and more effectively on the series.”

Scott then followed that up by stating, “To give you some context, Yakuza 0…the largest Yakuza game my team has actually worked on, started pre-production in December 2015 and didn’t go gold until November 2016. By comparison, Yakuza 6: The Song of Life, which despite being a more focused game with a larger team, still look 10-11 months from pre-production…to QA and final submission.”

That seems like an awful lot of time just for translation, doesn’t it? But localization doesn’t just mean taking text and dumping it into Google translate. There are a lot more factors that a team must account for when trying to convey a message that the game director wanted. 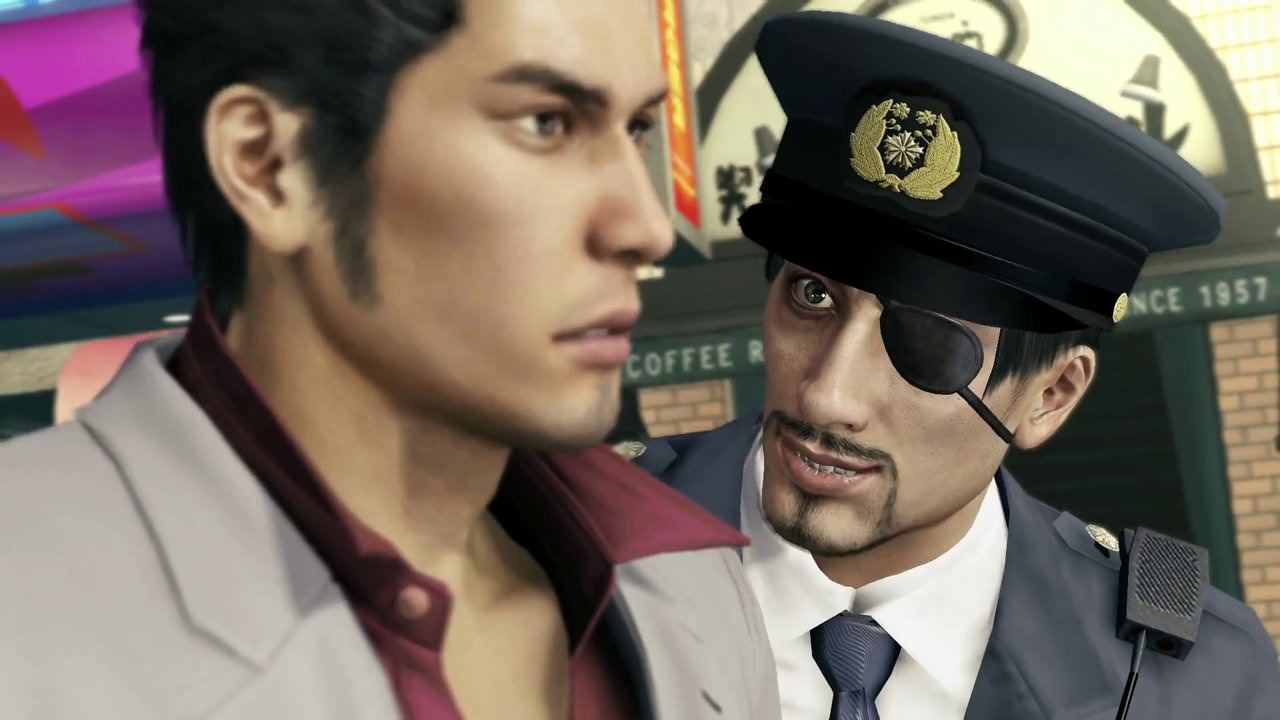 “We do a lot more than translation,” Sam pointed out. “There is a common misconception that a localization team just translates, but that is just a small sliver of what our job entails.” He then mentioned how a direct 1:1 translation of text would lose the cultural nuance of the text, so the teams often adapt the relevance of sentences for the Western audience. The game also needs to be readied for localization, meaning a team cannot work on a project without the go-ahead from Atlus or Sega.

As for which Yakuza title took them the longest, both Sam and Scott agree that Yakuza 5 was a massive project. As Sam stated, “Yakuza 5 wasn’t built to be easily localized in the first place.” This can be seen in the many cultural standards that aren’t brought up in Western games (such as playable character Shinada being a reviewer of sexy massage parlors).

So with localization demanding a careful eye on cultural relevance, does the localization team have any say on what content gets retained during the games? I mainly questioned about the side stories that are prevalent in the Yakuza series, since a lot of them use Western lingo to convey comedy or drama depending on the situation. 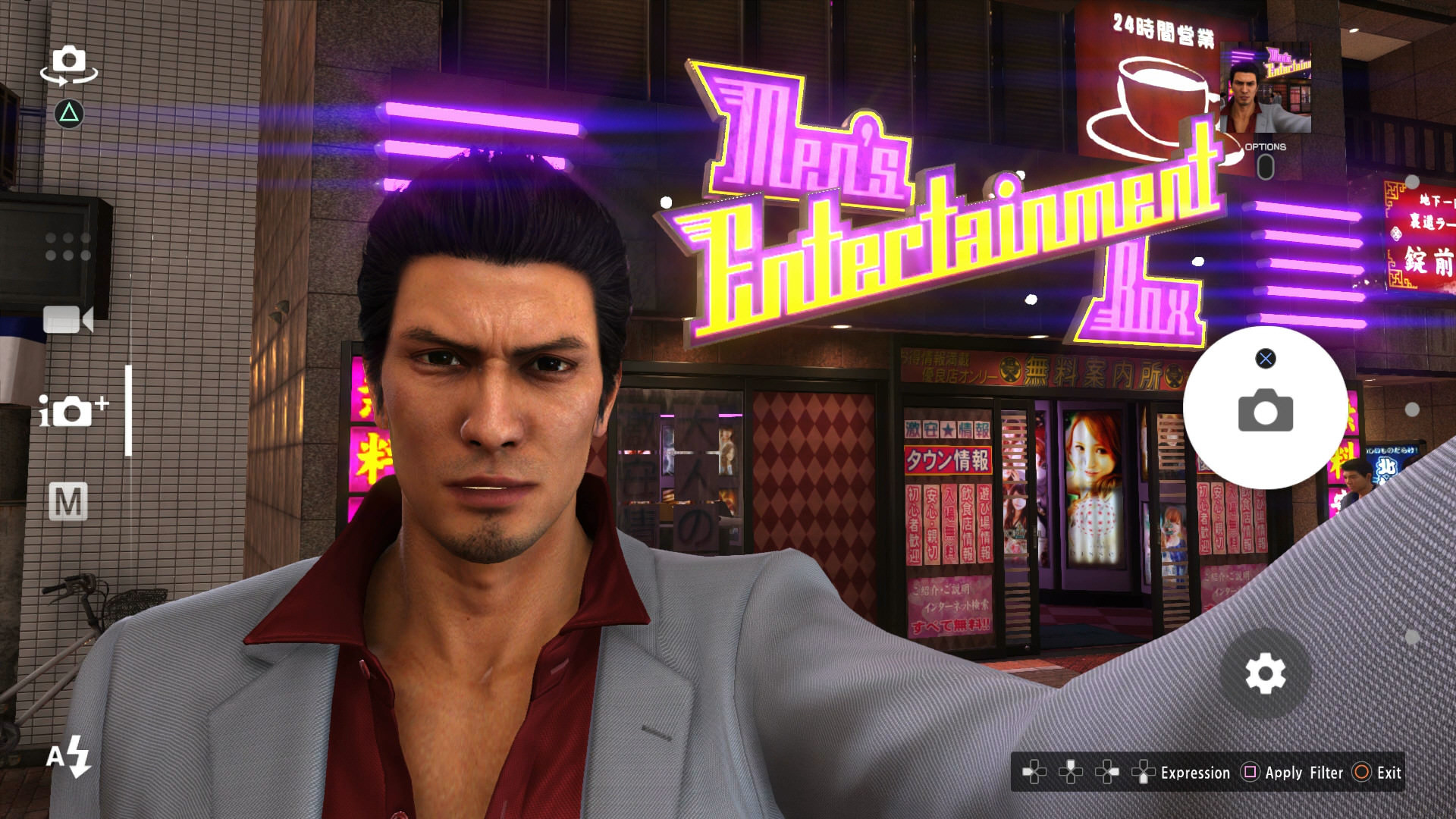 “We just need to make sure the emotional beats in the substories that we do get land like they’re supposed,” states Scott. “If the story is meant to tug on your heart strings, we make it do that. If it’s meant to make you laugh, we make sure it’s funny.” Sam then followed up with, “We don’t censor anything if we can help it.”

As diehard fans may already know, Yakuza 3 was a victim of content being cut in order to ensure its release. This resulted in the removal of content that was deemed “heavily rooted” in Japanese culture. Sega did eventually relent with Yakuza 4, but the damage was done and people were a bit angry. While I mistakenly inferred the translation was broken, Sam did say that the game was, “a product of its time.”

Scott elaborated: “I’d love the chance to [restore cut content]…It’s less about ‘fixing’ and more about bringing your own strengths to the table on restoring older games.” He then continued by explaining how he takes more notice of the Kansai accent and how his personal styling of Kiryu’s dialog in Yakuza 0 and 6, which demanded the character be more impassioned than other games, is something he has brought into the Kiwami remakes. He did end by saying, “Having done four games now, getting the opportunity to bring that consistency back to Yakuza 3 would be really cool.” 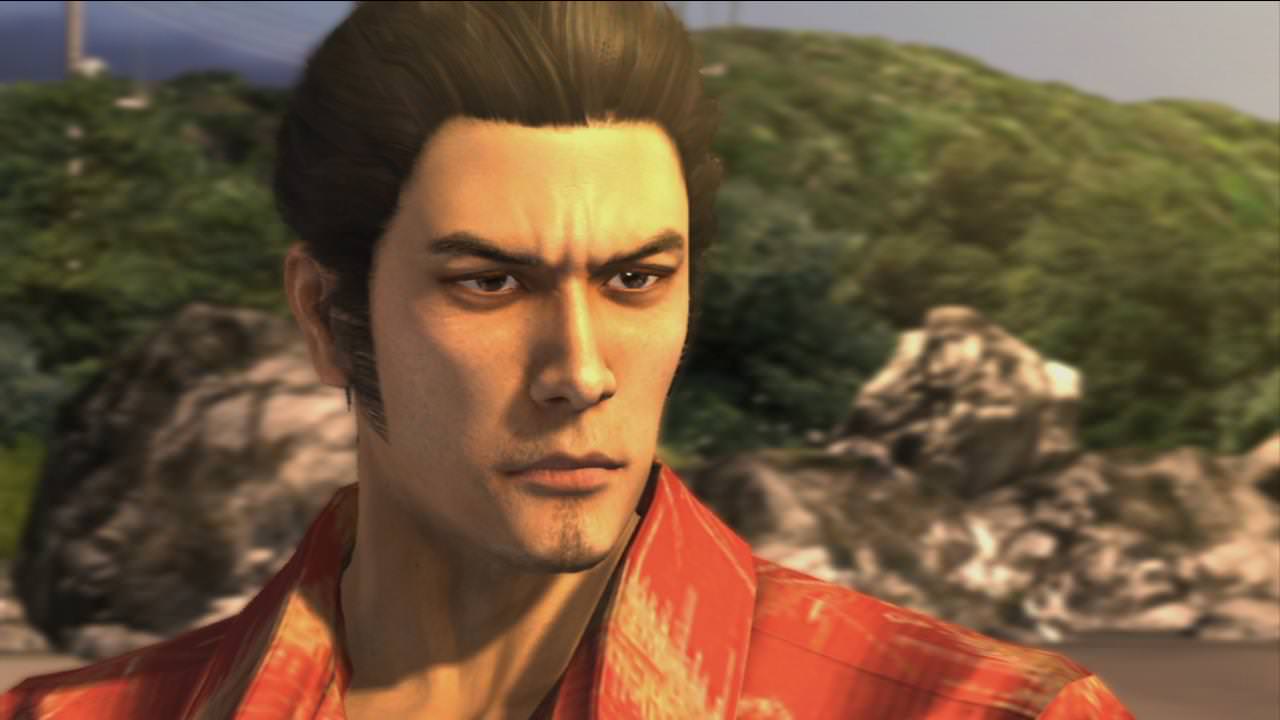 As with any Yakuza interview, I had to ask what the chances of Sega localizing Kenzan and Ishin might be. Both games have remained Japanese exclusives and for good reason; they feature periods of Japan’s history that Western audiences know next to nothing about. While the answer wasn’t a definite “no,” as Sam puts it, “We’re releasing four Yakuza games within the span of two years and are doing all we can to meet the demand of the fans. Just keep buying our games if you like them.” Scott followed up with, “Short of dedicating this entire office to Yakuza localizations, we’re going as fast as we can!”

Something else that wasn’t a definite “no” was the chance of the West eventually seeing the PS3/Wii U Yakuza HD Collection. The final answer: greater than zero percent and less than 100 percent! That may not be the confirmation everyone was looking for, but it does at least keep the dream alive. 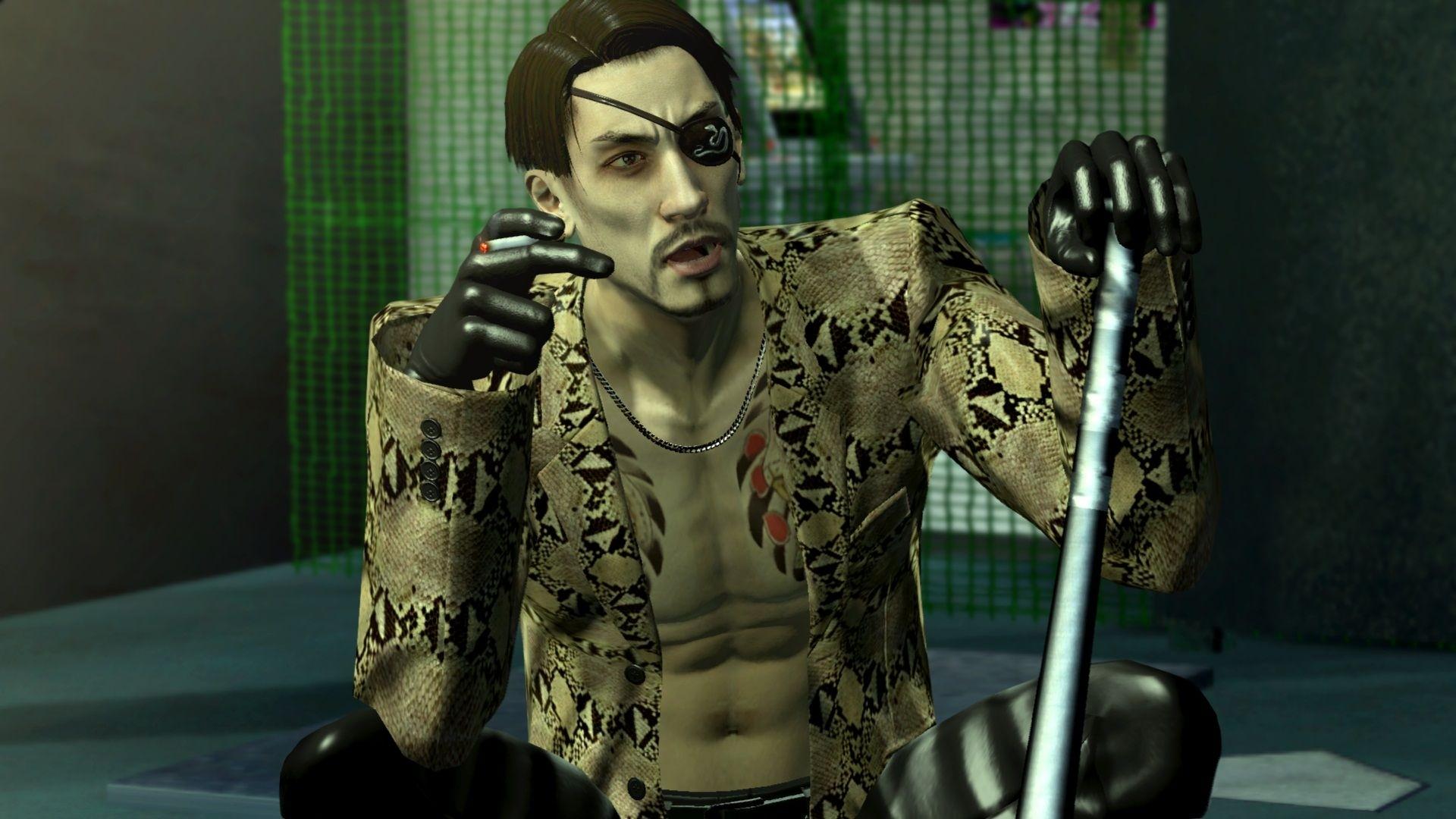 The best way to wrap up was to ask both men how much they enjoyed having the chance to localize games. Both had some very inspirational things to say about their work.

Sam: “Since we work with parties around the world, there’s never any downtime. There’s always something that needs attention…But at the end of the day, you get a game that people can enjoy and the fans are so wonderful and encouraging. It really does get you up out of bed and out the door; because you know you can get out there and make something amazing.”

Scott: “Sometimes, when our games are erupting into dumpster fires because of this and that…we’ll [Scott and Sam] look at each other say ‘LIVIN’ THE DREAM, RIGHT?’ because it’s true. As much as things challenge us, as hard as they can be, we’re getting paid to make video games happen. Standing in that room when we announced Yakuza Kiwami 2…hearing the entire room literally erupt because they saw a subtitle over Kiryu’s face; I live for it.”