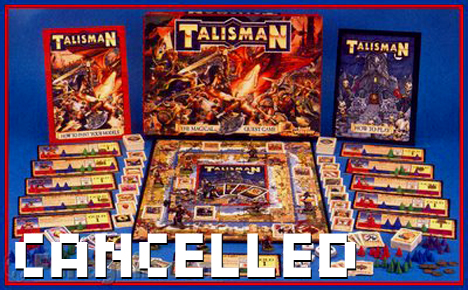 Capcom has announced on Capcom Unity that work has stopped on the planned adaptation of classic board game Talisman for PC and XBLA. Citing an early developmental issue as the crux of their problem, they considered farming the project out to another developer before abandoning it completely.

I’ve never played Talisman, which appears to be a competitive game with RPG elements, but I’m certainly intrigued by what I’ve read about it. It is disappointing to hear that the title won’t be making its way to the digital space anytime soon, if for no other reason than I like board games on XBLA.

All hope for the project is not lost, however. The rights for a videogame release of Talisman have reverted back to the owners of the board game, Games Workshop, who may yet pursue their own version. Fantasy Flight Games (the makers of the incredibly awesome Arkham Horror and one of my favorite board game companies) are publishing a fourth edition of Talisman which should be arriving soon. Hopefully it sells well enough that somebody goes ahead with the digital version.