We knew Tales of Xillia 2 would be coming to the Americas before the first Tales of Xillia came out, but now we have a date, along with a bulky collector’s edition. You can get your hands on the PS3 RPG on August 19 in North and South America.

You can also drop $130 on the collector’s edition, which includes a figure of one of the new main characters, Ludger Kresnik, a replica pocket watch (it doesn’t run), a cat key chain, a CD of selected tracks, an art book, and alternative costume DLC of characters from past Tales games. 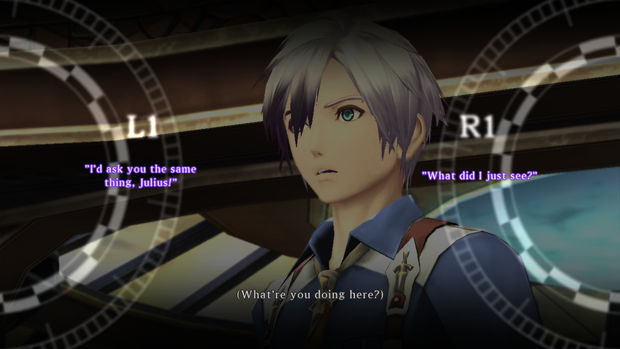 Xillia 2 has an inverted structure from the first, set mostly in the less magical Olympios one year after the first game. It’s centered around the badly dressed 20 year old Ludger Kresnik and the 8 year old Elle who, in a bit of reverse The Last of Us, saw her father gunned down in front of her.

This is all reflective of what is meant to be a darker story focusing on player choice. The point of view is always Ludger’s and throughout the story you’ll be tasked with making binary choices (mapped to L1 and R1) that affect how certain scenes play out, Ludger’s relationship with party characters, and the end of the game.

We were treated to a cutscene where Ludger’s brother, Julius, who works for a spurious company, tries to kill you and you have to choose between forcefully stopping him or reasoning with him. The some weird stuff went down where Elle’s amulet started glowing and drilled itself into Ludger’s head and he got weird face tattoos and monster hands. What is it with anime and face tattoos? It also follows the gaming-wide conflation of grittiness and maturity. 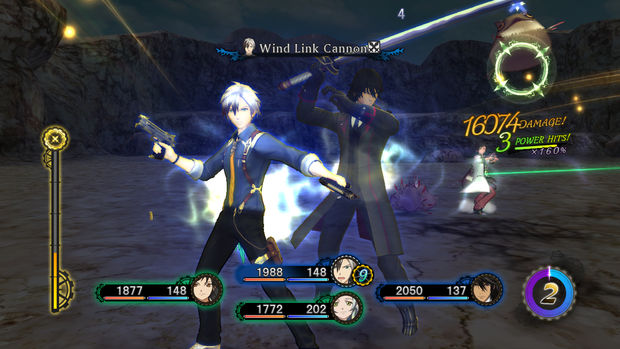 Ludger’s crazy transformation is eventually represented in Xillia 2‘s “Cross Dual Raid Linear Motion Battle System,” as he can transform and wreck house in his powerful monster form. There’s also a real-time weapon swap system allowing for Ludger to swap between dual blades, a sledgehammer and dual pistols. Linking to characters allows for support attacks — linked artes — which are dependent on character affinity, which can change based on choices made during cutscenes.

It took Xillia two and half years to release in the west after its Japanese release. Xillia 2 has a 15 month difference. Next year’s Tales of Zestiria should be ready three to six months after its Japanese release. Congratualtions, Tales fans. Namco realized you want to play its games and will be working harder to get them to you in a timely manner.