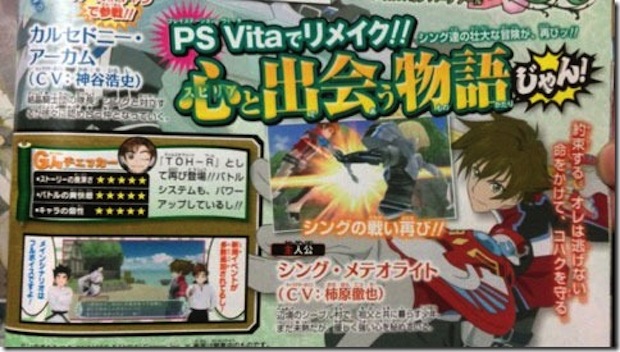 DS RPG gets an upgrade for Vita

Even though it will probably never be localized, I still felt I should tell you that Nintendo DS game Tales of Hearts is coming to the Vita as Tales of Hearts R. According to Siliconera, this was just announced in the latest Jump magazine.

It’s set for a 2013 release…in Japan. This one is supposed to be really good. Localize, please!