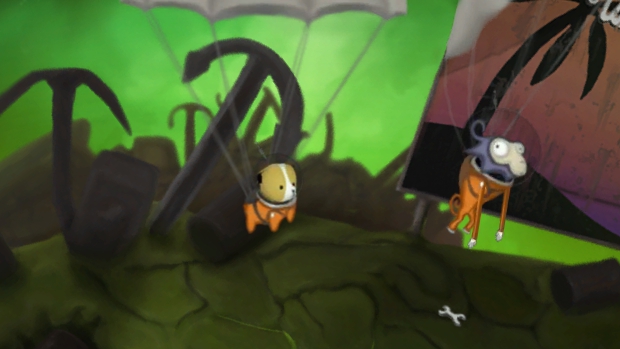 Perseus the dog is made of star stuff

Sure, there is also a chimpanzee named Professor Gagayev, but we all know that Perseus the Dog is the star here. He’s got valor! He reminds me of Missile from Ghost Trick, except I’m pretty sure Perseus is a corgi rather than a Pomeranian. He is a corgi in a space suit.

Perseus and Professor are space explorers in this point-and-click adventure, and although it looks a little slow, I can get behind the feeling of solitude that should be present in games about space exploration. Tales of Cosmos is currently seeking approval on Steam Greenlight, and is only planned to release for Windows.