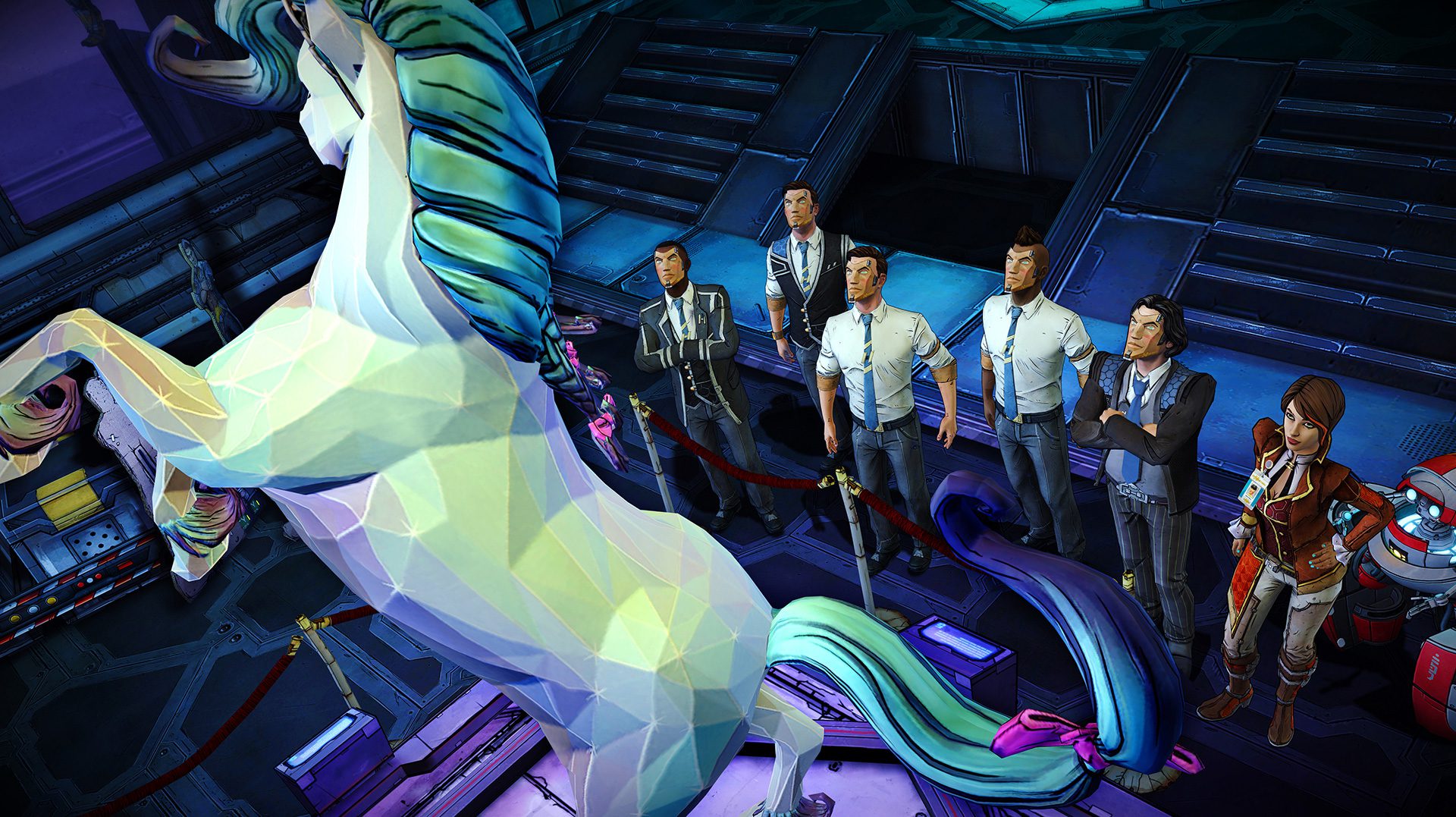 A leak from last year pointed to a Redux release

As I put the finishing touches on my first Borderlands 3 playthrough (I waited for the PS5 version and I’m so glad I did), I’ve been eying Tales from the Borderlands in my library. I’ve gone on record to say that it’s my favorite Telltale adventure outside of The Wolf Among Us, and I feel like a replay is in order. The story setup, cast interactions, and dialogue in general are among the best this series has ever seen.

It’s probably worth postponing those plans, though – a pair of recently-spotted PEGI ratings suggest that Tales from the Borderlands is coming to PlayStation 5 and Xbox Series X/S at some point. The listings mention a December 18, 2020 release date for PC, PS5, and XSX, which clearly didn’t pan out.

In and of itself, that news might not seem very compelling – these consoles already have backward compatibility support, after all – but in light of a leak last year, there’s more to this story. We didn’t report on it at the time, but back in March, clips of a work-in-progress trailer for a “Redux” of Tales from the Borderlands with a “bonus mini episode” surfaced on the GamingLeaksAndRumours subreddit.

Are we living in the universe where a beefed-up Redux paves the way for Tales from the Borderlands 2? Hope so. If Wolf Among Us 2 can come together after all these years, surely there’s a chance.