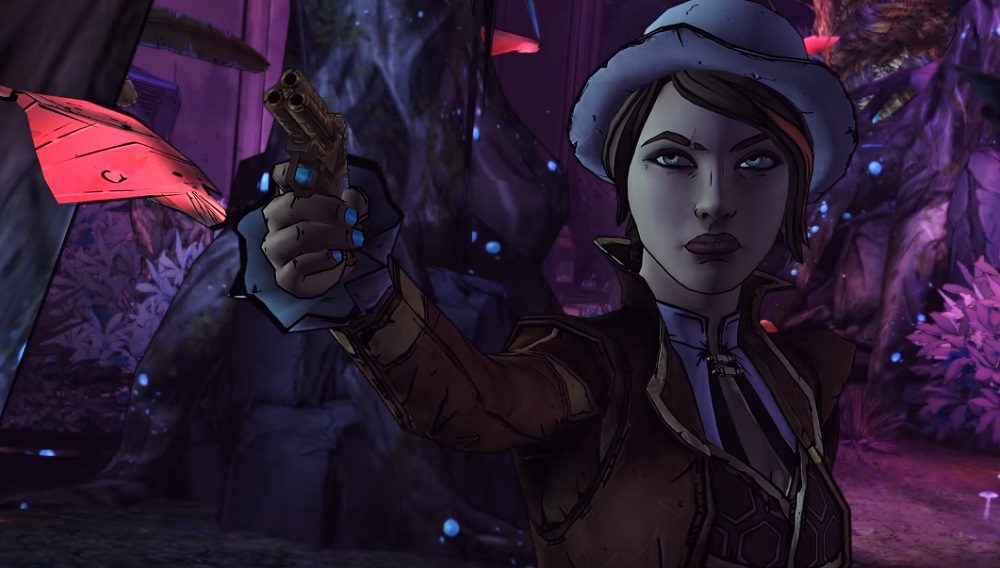 As part of last night’s Nintendo Direct presentation, it was confirmed that Telltale Games’ 2014 release Tales from the Borderlands is headed to Nintendo Switch. The port was recently rumored after a new listing popped up on the Taiwan Digital Game Rating Committee’s website.

The episodic adventure follows the hapless exploits of Hyperion employee Rhys and savvy con-artist Fiona as the duo collide while on a quest to find and open one of Pandora’s many vaults. The mismatched pair team-up in order to faster achieve their individual goals, utilizing each other’s unique talents in a quest for riches beyond belief. Of course, it isn’t smooth sailing, and the likable adventurers soon find themselves in hot water and on many a hit list.

Tales from the Borderlands was received positively by both critics and Borderlands fans upon release, praising its visual style, interesting cast, and wry humor. But the episodic series failed to find the same success that had been afforded similar releases such as The Walking Dead. Frustratingly for fans of the series, it seems that a sequel is currently not on the cards, but with this new re-release (which also recently arrived on PS4 and Xbox One) perhaps the fires will be ignited and the right people will take notice. Here’s hoping at any rate.