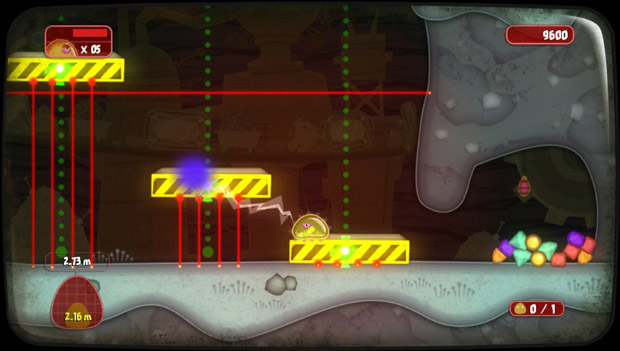 DrinkBox Studios is bringing its follow-up to About a Blob to PAX Prime. Instead of hitting PlayStation Network again, this time the developer is putting its new sidescrolling platformer Tales from Space: Mutant Blobs Attack out on PlayStation Vita.

“The control systems available on the PlayStation Vita have allowed us to experiment with all kinds of new gameplay possibilities,” says designer Chris McQuinn. “We’re finding that touch controls in particular can be used to complement traditional thumb-stick puzzle-platforming very well.”

At booth #6413, there’s going to be a high-score competition in which the ultimate winner gets to be in the final game and runners-up will come home with a button. (It wouldn’t be PAX without awesome buttons.)