[Check out our hands-on video on Vtoid]

Back when Harmonix announced The Beatles: Rock Band, the general consensus was “duh, it’s The Beatles.” That game was expected to be a special love letter to the most influential band of all time. Love them or hate them, this is hard to deny, and Harmonix pulled off one hell of a game.

So when Harmonix announced that their follow-up to The Beatles: Rock Band was going to be a special love letter to Green Day, many fans were left scratching their heads. Why would Green Day be receiving so much attention? Whereas The Beatles have an almost universal appeal, Green Day’s audience is more limited. Would people even care? Being shown the game, it looks like Green Day: Rock Band will not be nearly as grand in scope as The Beatles, but for fans of Dookie, American Idiot, and 21st Century Breakdown, it should be more than enough. While not a bad thing, there are certain elements to consider.

Hit the jump for my hands-on preview.

We all know how Rock Band plays. Gems fall, and you push the buttons (or hit the pads) and sing the song. It’s the same old song and dance we’ve grown to love, and the addition of harmonies is great. I can end my preview here and say that if you like Green Day, and are willing to pay full price for only 47 songs, Green Day: Rock Band is worth your time and money. If you don’t like them, you can probably skip out on the purchase. 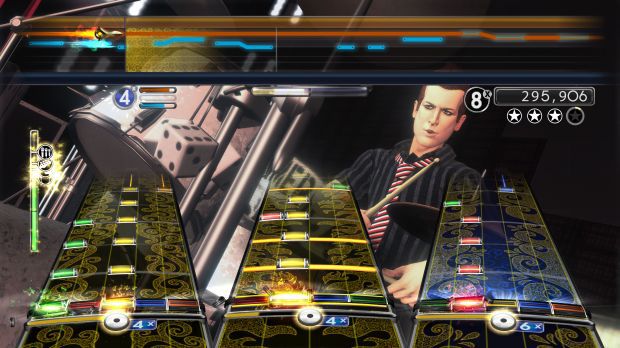 But if you want to keep reading, here is what is new and unique about Green Day: Rock Band. As you would expect, Harmonix has tossed in plenty of unlockable video clips and pictures, just like in The Beatles. Considering that Harmonix is not using music video sets or dreamscapes for Green Day: Rock Band, these video clips will be showing up during the live shows that gamers will play. Green Day the band was also adamant about including such live show staples as a drunken bunny rabbit man that will liven up the crowd before shows, or, oddly, the number of floor toms on the drum kit. Don’t question the talent.

Now, other features include the addition of the venerable Fox Theater in Oakland, CA, where Green Day first played 21st Century Breakdown; it shows a return to their East Bay roots. Unfortunately, the famous 924 Gilman Street venue in Berkeley, where they first established themselves, will not be making an appearance during the Dookie phase of the game. This is for a couple of reasons, but mostly because Green Day wasn’t playing at Gilman when they released Dookie (by then, they had been banned). Instead, Harmonix has a more general “Warehouse” stage to evoke these early years. Finally, the Milton Keynes stage from the UK will represent the live album from the American Idiot tour, Bullet in a Bible. 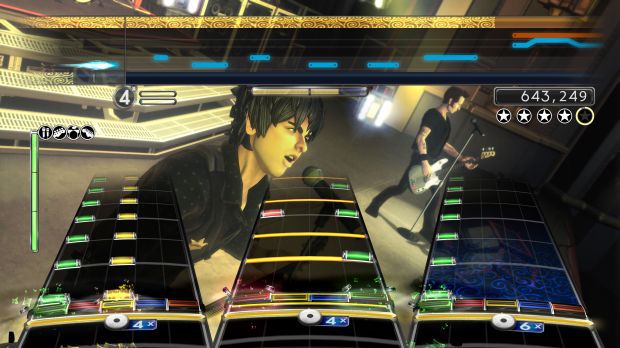 There are only 47 songs, which is not a lot for a full-priced game. However, the songs are still priced cheaper than individual downloads, and you get all the extra features. Harmonix also went for a very album-based approach to making the game: Dookie, American Idiot and 21st Century Breakdown provide the backbone to the game. Sure, other albums will be making an appearance, but they are just icing on the cake.

If you missed the news, it doesn’t look like DLC is going to be making much of an appearance from here on out. Chris Foster, the Project Director of the game, mentioned that he was open to more DLC, especially considering that Green Day is still making music. However, other than the six songs already available for download from 21st Century Breakdown, it doesn’t look like we’ll be seeing any Green Day-specific music for DLC, unless it comes to all of Rock Band. This is in part due to the fact that Green Day’s best game appropriate music is, by and large, on this disc.

Like I said, it looks like Green Day: Rock Band is going to be a game really for fans of the band itself. Yes, the game is as fun as ever, and the harmonies are always a charm (Billie Joe’s parts are surprisingly easy to sing), but if you don’t like Green Day, there isn’t going to be much to please you here. However, fans of the band will get a kick out of all the little details that make Green Day, Green Day, and those who need every last bit of Rock Band content will probably be pleased as well.