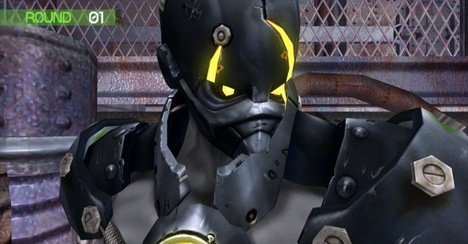 Whether you like to collect them (or buy them), Xbox 360 achievements have been the new e-peen for everyone to flash. It’s almost like you aren’t a real man unless you have an uber achievement score. Well, as most of you who own a 360 already know, some achievements are cooler than others. Some make you feel really special, while others seem to just happen as you do the most mundane things. Our pals over at G4 scrapped together a top 17 of really lame achievements that have since been a part of our gaming life. Take a look and see if you have anything to add to the list. 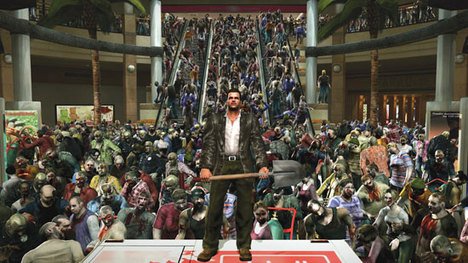 17. Dead Rising – Clothes Horse – 20 points. While most of Dead Rising’s difficult achievements require Frank to kill zombies en masse, kill zombies in humorous fashion, or save the often-idiotic survivors from imminent death, this achievement is earned by trying on all of the outfits in the mall. Sorry, but I prefer the fresh look of caked-on zombie blood to a new pair of khaki pantaloons.

16. X-Men: The Official Game – The Xavier Institute (Training Missions) – 0 points. If the developers of the game are going to give achievements for completing the simple training missions, then they might as well give you some points. Other wise, don’t bother. No one’s going to look at your list and go “Wow, Jonny beat the training level with Wolverine, he must be a badass.” Bonus suck points go the game for giving you the last 50 points for free after getting all 950 other achievement points.

15. Kameo: Elements of Power – The various time attack, expert level, and co-op achievements – 0 points. On the opposite end of the spectrum from the X-Men Game, Kameo gives achievements but no points for some of the harder challenges in the game. So in other words, what’s friggin’ the point?

14. NHL 2K7 – Quitter – 0 Points. Another 0 point achievement, although this one actually has some value. If you quit 10 online matches, you earn the Quiter achievement, and hopefully no one will ever play fake Hockey with you again.

13. The Outfit – Persistence Counts – 20 points, and Battlestations: Midway – Purple Heart – 10 points. Both of these brilliant achievements give you points for sucking at online play or dying frequently. Seriously, if I just bought one of these games and I’m getting my ass kicked online, I don’t need the whole world to know next time I join a game. 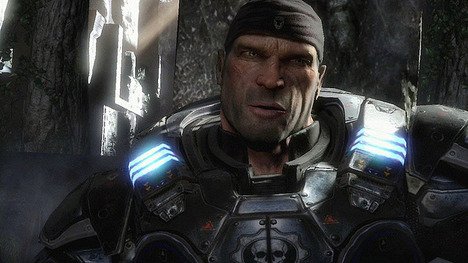 12. Gears of War – The COG tag achievements – 60 total points. Like most people, I love Gears of War. However, I haven’t liked searching for hidden packages since GTA 3, and even then it was more of a chore to get the good weapons in my hideout than anything else. The COG tags seem like nothing more than a throw-in for an otherwise great game, as they don’t really unlock anything other than some points.

11. Gears of War – Series of Tubes – 20 points. A number of online shooters have achievements like this one, which reward the player for hosting matches. The fact that the person hosting the game’s shotgun fires about a half of a second quicker than everyone else’s should be reward enough. They don’t need an achievement for having a bastard host advantage.

10. Star Trek Legacy – Pacifist of Makus and Guerilla in the Mist – 20 Points Each. Both of these achievements are for completing levels in the game and NOT killing anyone. I know the hardcore Star Trek fans will say being peaceful is part of the Star Trek universe or some B.S. like that, but I play video games to fantasize about killing zombies, monsters, aliens, psychopaths, Germans, terrorists, evil cops, Borg, Romulans, Klingons, and cuddly forest animals. They are not my friends!

9. Lord of The Rings: Battle For Middle Earth II – 705 total achievement points. Pretty much every game that has come out on the 360 has 1000 points to earn. So it’s baffling as to why the developers of the game didn’t give out the full total. Did someone forget how to add? Did they feel that the game is only 70.5% good? What gives? (Note: The Godfather game also pulled a similar stunt.)

8. Madden NFL ’07 – Import Draft Class – 10 points. This one is just a shady marketing ploy, as EA is asking the player to import a draft class from their college football game. But the only way to do this is to have also purchased a college football game. I know some people want both the NFL and the NCAA game, but for those of us that don’t, let us get all of the achievements without shelling out another $60.

7. Rainbow Six Vegas – True Identity – 30 points. Similar to the above Madden achievement, this one requires you to take a picture of yourself with the Xbox Live vision cam, and map it to your online avatar. This sucks if you a. don’t want to buy the vision cam, b. are a recognizable celebrity trying to stay anonymous, or c. are butt ugly. 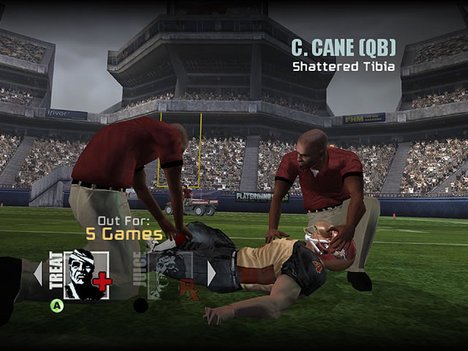 5. Blitz: The League – Manvalanche – 15 points. I don’t even know what you need to do to get this one, but it sounds more like something Lindsey Lohan might do in her free time, not something I want on my list of achievements.

4. College Hoops 2K7 – Free Throws Are Easy – 25 points. You get this for making 90% of your free throws when shooting 100 or more in the free throw practice mode of this game. Look, if Shaq can’t find the time to learn how to make 50% of his free throws when he’s paid millions of dollars to do it professionally, then I don’t want to spend my time practicing my free throws in a video game when I’m only paid in shame.

3. NBA Live ’07 – Online With 1,000 People – 100 points. In a brilliant over-estimation of this game’s sales, popularity, and fun factor, EA made it so you can only get this achievement by being online at the same time as 999 other people. Unfortunately, NO ONE got this achievement until a couple of websites organized NBA Live meeting sessions at specific times.

2. Bomberman Act Zero – 1,000,000 Bombs and 1,000,000 Block Break – 50 points each. Bomberman for the 360 is pretty much regarded by the press as a horrible game. Therefore, I haven’t played it, and don’t really know anyone else that has. However, if we assume that the game doesn’t even have load times or breaks, and that you are able to plant 1 bomb per every second, uninterrupted and without ammo limits, it would still take you 11 days, 13 hours, 46 minutes, and 40 seconds of non-stop game play to get this achievement.

1. Final Fantasy XI – Reach Level 75 with each character class – 30 points each. Level 75 is the maximum level attainable in the Final Fantasy MMO. The achievements for this game are for reaching level 75 with each different character class in this game. Not just once, but with all 18 character classes. A recovered Final Fantasy MMO addict in the G4 offices estimated it took him around 700 hours of play time to get ONE character to level 62! Just think about that for a second. If you are one the two people in this world who have all of these achievements, just remember, there’s a beautiful world in real life out there for you to explore, and that Chocobos taste better when roasted with a little garlic and rosemary.