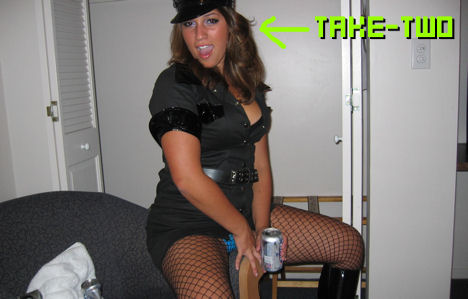 Take-Two is too bootylicious for the games industry as it claims that EA isn’t its only suitor. Acting like a shameless, degraded slut, T2 is waving its arse for all to see and it makes me sick.

Although no other sugar daddies are confirmed, both Ubisoft and Activision have been named as potential buyers by Forbes. However, while Strauss Zelnick parades around the dancefloor with too many shirt buttons undone and a skirt that any pervert could just wish away, cynical analysts like Evan Wilson feel the company has little to offer outside of Rockstar Games:

Rockstar has supported this organization for too long and it is right to spend every dollar that it can get from Take-Two for keeping the business alive. Unfortunately, management appears to be doing the same thing without it being nearly as deserved.

At the same time as its cost structure is deteriorating, management is telling investors that it is the most efficient organization in the business. That simply is not true. Management talks about having a lean sales, marketing, and corporate infrastructure behind its development talent. We disagree with this as well.

Wilson also criticized the company’s delayed games, although I personally wish more games would get delayed rather than ship unfinished. Rockstar is definitely the treat inside Take-Two’s panties, but it shouldn’t surprise any analyst that the company is so attractive to predators right now with a decent sports division and, of course, the BioShock franchise. Either way, I’m done with the slut metaphors.