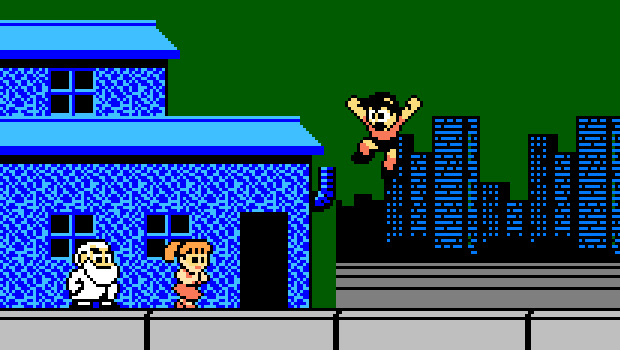 Nothing is over… you just don’t turn it off

You know that sudden feeling, that you have to make an important decision that will affect your future in significant ways, but you don’t quite know what the decision is going to be or when you are going to make it? You simply “know”?

I got that feeling around the start of this year. By summer, I understood what had to be done, but I wanted to push it back as far as I could. Sadly, I can’t push it off anymore.

It is with a heavy heart that I must bid Destructoid farewell.

This was a tough decision, but I think it’s for the best. Destructoid is a well-oiled machine, and though I was happy to be a part of it for a short while, I know the site will be just fine without me. We have a very capable crew that has done amazing things. This place is in excellent hands.

When I first started posting on the Cblogs in November 2008, I never knew just how much my life would change because of Destructoid. I found a new direction and passion, I made many friends among the staff and the community, and I got to fulfill some of my lifelong dreams.

I remember the third-year anniversary party at the Destructoid HQ, when the site was still based out of Miami, and meeting Hamza Aziz, Dale North, Chad Concelmo, Colette Bennett, and of course Papa Niero for the first time. I was just a fresh-faced community member at the time, yet they welcomed me like they had known me forever.

I remember attending Anthony Burch and Ashley Davis’s wedding in Arizona. I had finally joined the staff after a year and a half of writing, and already two of my favorite editors were moving on to bigger and better things. I’m particularly happy to have met Ashley, as it was her cute yet introspective feature articles that inspired me to give blogging a try in the first place.

I remember my first E3, shacking up in the shadiest Howard Johnson in Koreatown, sharing a room with Max Scoville. Ever since reading about it in Nintendo Power as a kid, E3 seemed like this magical mecca that only the privileged few could attend. Despite the work and confusion, it was everything I could have hoped for and more.

Then I did it two more times!

I went to Disney World and rode on Peter Pan’s Flight with Warren Spector. I interviewed my gaming hero, Keiji Inafune, not once but twice. I met so many of my favorite artists and personalities. I never imagined I could be so fortunate.

I thank Niero and the crew for giving me this opportunity. I thank all of you who read my stuff and left comments, positive or negative. And I thank those people who went out of their way to personally tell me how much they appreciated the work I did and kept coming back to Destructoid because of my posts, especially on those low days when I started thinking that maybe what I was doing lacked any real worth.

I’ll miss sharing all my fun and goofy Internet finds with you. I’ll miss the chiptunes and music videos. I’ll miss bombarding you with more Mega Man fluff than should have been allowed. I know that some folks think that what I posted wasn’t “real” news, but I strongly believe that it’s as important to celebrate videogame fandom as much as videogames themselves. This hobby has touched so many lives in such positive ways that it would be wrong if we don’t embrace the lighter side. This site alone is proof of that.

I won’t disappear completely. I guarantee you’ll still see me around these parts. This is just the next stage for me, and who knows where I’ll turn up next.