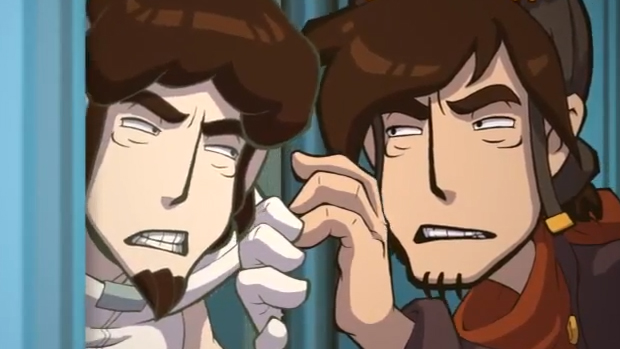 Daedalic’s charming adventure series Deponia is making a return next month. Yeah, I had no idea either. The game is being labeled a sequel — not a chapter — even though the last one came out only two months ago. The above English teaser doesn’t show much, so make sure to check out the German trailer which shows new characters and locations. It definitely looks like a real sequel. I just hope this one lasts a bit longer than the first.

I had serious issues with the first half of Deponia, but I loved the second half which leaves me optimistic on where Chaos on Deponia may go. Now is the time for any curious adventure fan to catch up, especially those that fondly recall the days of LucasArts adventures.

Chaos on Deponia will be available for download via Steam on November 6. If you can’t wait, get real good at German and download the original language version.