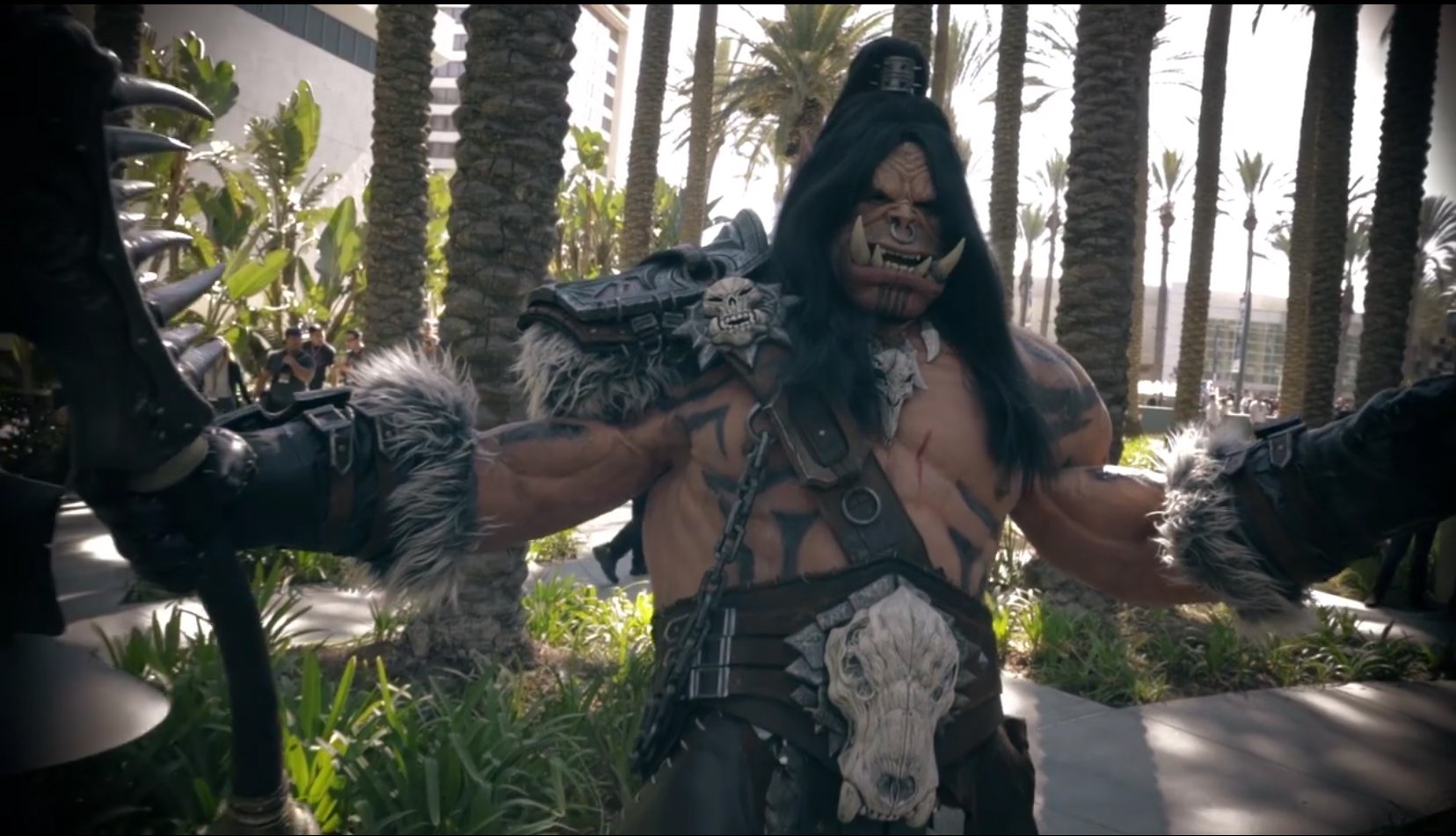 Say what you like about Blizzard, but their fans are some of the most passionate gamers I’ve ever seen, particularly those who really get into cosplay. Last weekend was Blizzard’s annual BlizzCon convention, and among other championships, there was a contest devoted to the best Blizzard themed cosplay. Some of the most elaborate costumes were devoted to characters from World of Warcraft, and you can see a compilation of these in a video posted on the World of Warcraft Facebook page.

The winner of the costume contest is the header image, and shows up at about 21 seconds in. He had on a full body outfit and was dressed as Grommash Hellscream, leader of the Warsong clan. In Warcraft lore, Grom was the first orc who drank the blood of the demon Mannoroth, increasing the orcs’ power, but binding them in service to the Burning Legion. You can also see a convincing Arthas (with dry ice in the sword hilt for a cool special effect), several Demon Hunters patterned after Illidan, the Murlocs Chris passed in the hall, and even a full moonkin, sort of a two-legged bear-owl with antlers.

While the video is focused specifically on World of Warcraft cosplayers, I imagine there were plenty of people dressed up as Overwatch characters as well, based on my most recent trip to PAX. I can appreciate the time and effort it takes to put into a costume, but I can’t imagine what these folks must feel like after a long day in such an elaborate outfit. I’m happy to just enjoy the end result from afar.