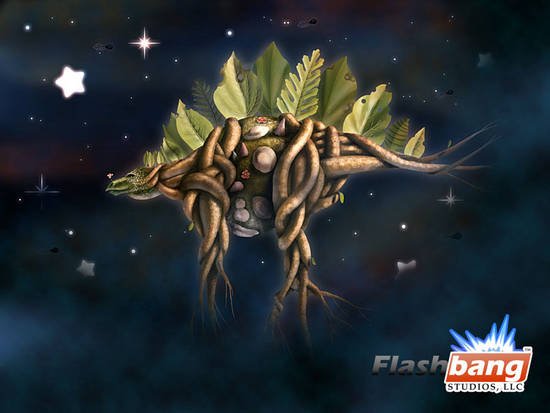 Some new test footage of Jetpack Brontosaurus has been released. In this first video, it shows off how the Brontosaurus can fly around and land on the simple test level. From the new information, it looks like the game will be set in some sort of dream world. The colors change randomly and you can also get an X-Ray view of the dinosaur due to the jetpacks.

Jetpack Brontosaurus will include some other Dinosaurs as you can see by the concept art above of the Dream Stegosaurus. The concept art is extremely clever too. I love that this is some sort of nature-dinosaur hybrid and how the leaves are being portrayed as the Stegosaurus’s spikes.

There’s also another video but nothing as pretty as the first video. In this video, it just shows off a simple design of the Brontosauruses and the ragdoll effects of the game. It’s actually quite humorous to watch the retard versions of the dinos stumble around.

Now that we know how it will look like in action, I’m left wondering what the game is going to be about. My best guess is that it will be some kind of puzzle game. What do you think? And how do you like the looks of the game so far?