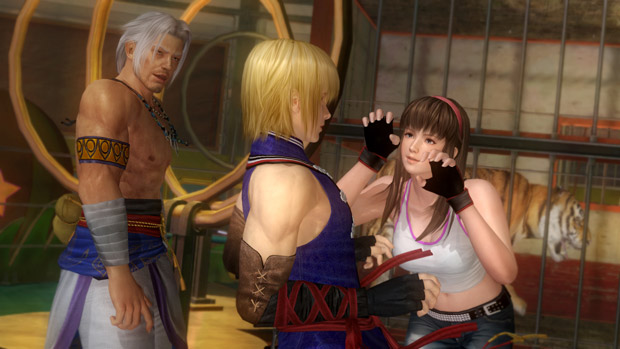 Team Ninja has narrowed down the release date for Dead or Alive 5 Plus to March 19, 2013, in addition to providing screenshots taken from the PlayStation Vita title. One of the more interesting features is Touch Play Mode, a first-person portrait mode that involves holding the Vita vertically to play. In the developer’s own words:

“In Mode 1, tap the opponent to attack them in that spot. In Mode 2, touch, flick, and pinch the screen to attack your opponent with more finesse and options. Both methods offer players an instinctive way to fight while seeing their opponent in the highest graphic detail.” So, yes, touching and pinching in a Dead or Alive game. Team Ninja knows what’s up.

DoA 5 Plus also includes a Training Plus Mode, “three times the details for each move in real-time” through more detailed frame data, and cross-platform play and costume sharing between it and its PlayStation 3 counterpart. Check out the gallery for some screenshots of Touch Play.