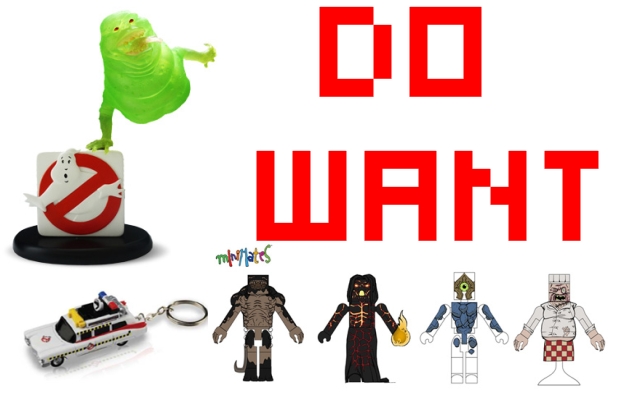 Before we get into this, did it ever bother anyone else that Slimer was a ghost, but the Ghostbusters never busted him? We’re talking cartoon Ghostbusters here, so not exactly canon, but it still stuck out in my mind. Despite my confusion over the Ghostbusters’ lack of wanting to catch Slimer, he is still an awesome character and those who are uber-fans of the series might be willing to lay down $129.99 for the Amazon exclusive Slimer EditIon of the upcoming Ghostbusters: The Game.

What exactly does that net you? First off you get the game with a fancy Slimer box art on it. Then you also get a statue of Slimer himself flying around the Ghostbuster sign that was designed by the guy who did all the sculpting from the film, Steve Johnson. Along with this are some Ghostbuster Minimates, which seem to be tiny acton figure things, and some exclusive game skins. But all of that pales in comparison to the crown jewel of this limited edition: an Ecto-1 keychain. Ecto-1 is arguably the greatest cinematic car in history and just having a smaller version of it in your car will make your car that much closer to greatness. Even without all the other stuff I might just pay the full price for this as long as I got myself some Ecto-1.