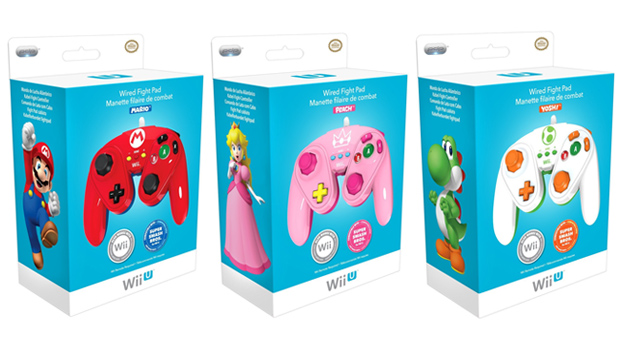 I think I’ll be perfectly set with the GameCube controller adapter for Wii U, but PDP’s line of GameCube-inspired controllers (known officially as “Wired Fight Pads”) are another valid option.

Courtesy of Amazon, we now have some good photos of these gamepads. They are styled after Mario, Princess Peach, and Yoshi, and will be available later this year for $24.99 each. I dig the way they look, but I’d certainly want to see how everything feels before buying.