Whenever a Nendoroid goes up for pre-order, there’s a good chance Good Smile Company’s Kahotan will preview it. Today, Tracer gets her turn in front of Kahotan’s MacBook! 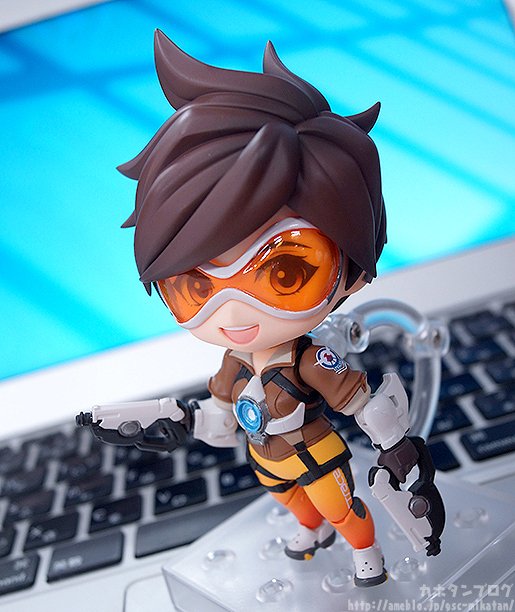 Kahotan’s preview takes you through the ins and outs of the upcoming Nendo, showing off the various expressions and weapons that come in the box. We’ve seen most of these in the product shots but Kahotan demonstrates a bit more of the articulation in the figure. 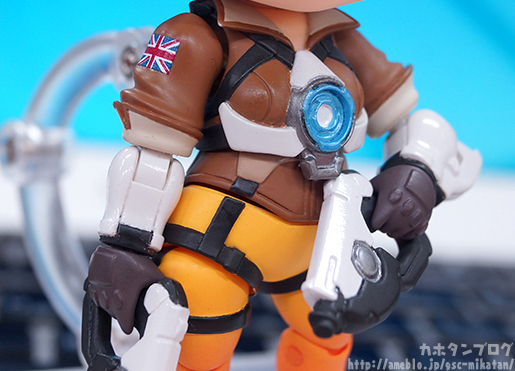 Indeed, this is an extra-articulated Nendoroid (most of them don’t have joints on their elbows and knees). Another nice touch is that you’ll be able to attach Tracer’s pistols to a set of open hands, recreating her pose when she uses her recall ability. 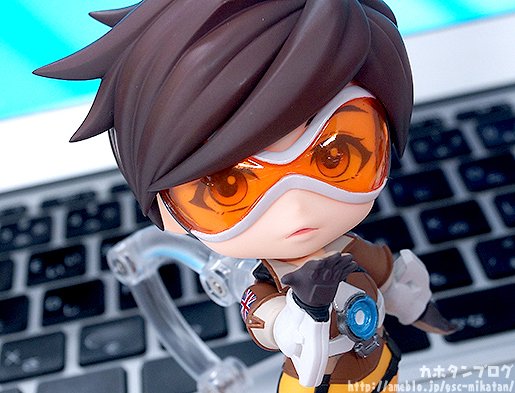 Check out the rest of the photos on Kahotan’s Blog. Tracer will be up for pre-order on the Good Smile Online Shop until April 20.