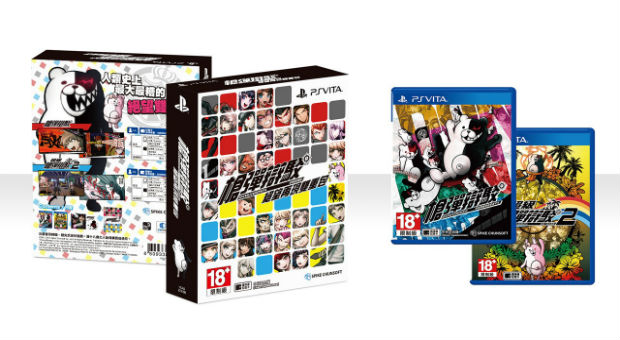 Taiwanese Danganronpa fans have plenty to be happy about, with Sony Computer Entertainment Taiwan releasing a double pack of Danganronpa: Trigger Happy Havoc and Danganronpa 2: Goodbye Despair on August 21 for NT $2,090 (~$70). That’s a lot of Monobear.

The double-pack comes bundled with a poster and a DVD including the first episode of the anime series, but neither game will include English voiceover or subtitle options, including Japanese and Chinese subtitles and Japanese audio instead. Also, that’s an awesome poster. Love the minimalistic feel to it.