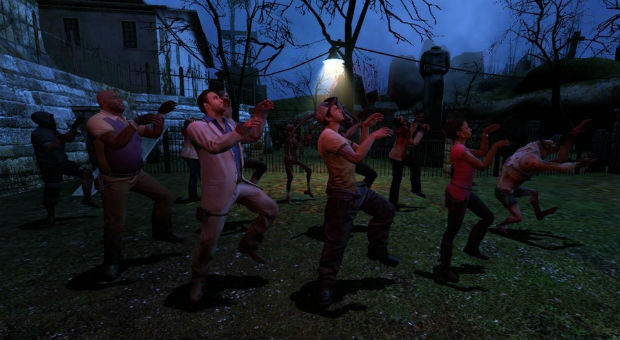 Left 4 Dead in Japanese arcades? It’s more likely than you think. Actually, it’s definitely going to happen. Taito’s been teasing a “Project Z” for some time now for its Nesica arcade systems, but today the official site has been updated with a teaser image emblazoned with the Left 4 Dead logo and Valve copyright information. So, it’s a L4D game, but is it a simple arcade adaptation or something different entirely?

An arcade version of Left 4 Dead wouldn’t be so bad, actually, even though it’s highly unlikely we’d ever see a Western release. And it wouldn’t be the first time Valve has licensed out a game for arcade use. There isn’t much to say with these scant details for now, but the idea is fun to fantasize about, if nothing else.