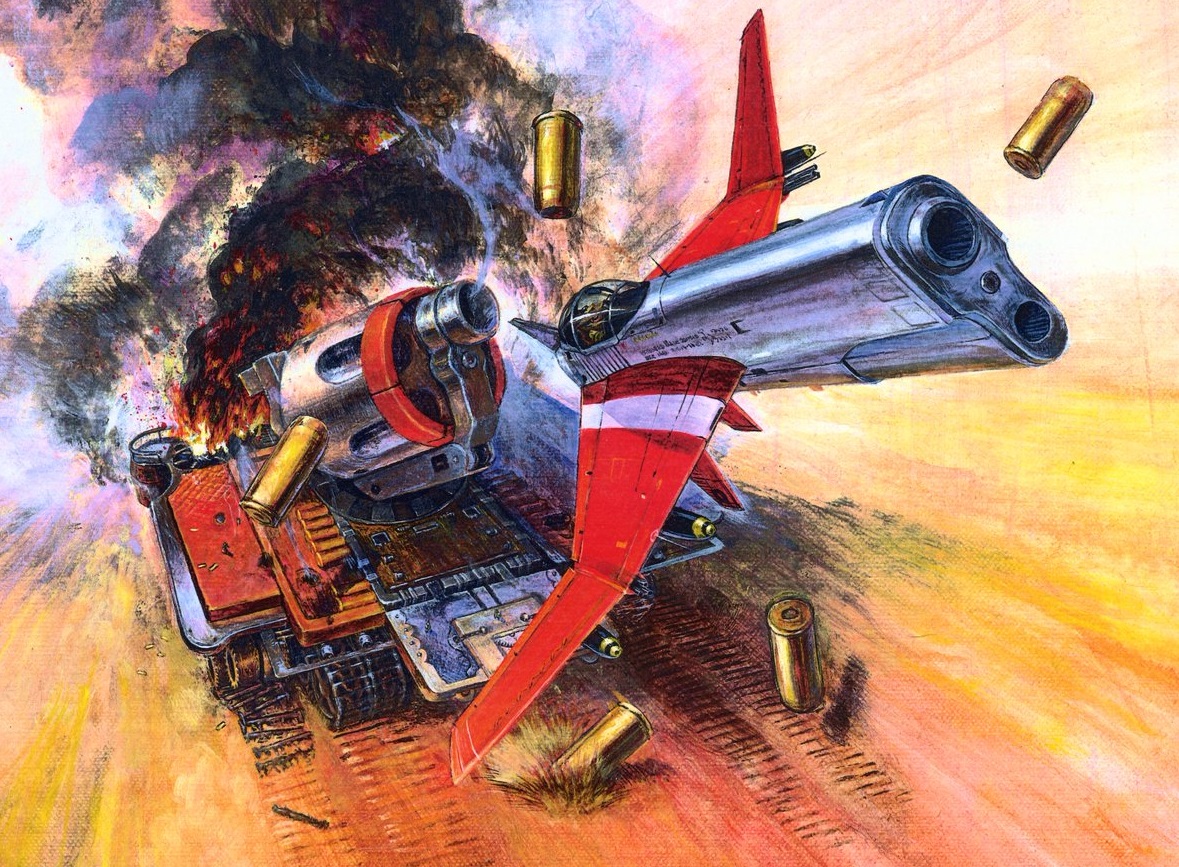 There’s gold in them thar hills…

Released to the coin-op market in 1990, Gun Frontier is a truly wild clash of narrative ideas and visual designs. Set in the 22nd century against the backdrop of the planet “Gloria,” a ruthless band of space pirates — The Wild Lizards — have captured the star and set its people to work, mining the precious gold ore that lies beneath Gloria’s surface. In one final bid for freedom, the settlers commandeer a bizarre, pistol-shaped tank before embarking on an all-out mission to defeat the oppressors and free the planet.

Check out the action in the video below, courtesy of veteran YouTuber World of Longplays.

This translates to six stages of vertically scrolling shmup action, with the player guiding their odd vessel into battle against waves of enemies and boss characters. Starting out with dual machine guns, the ship can be upgraded by collecting power-ups from the battlefield. An interesting bomb mechanic rewards the player for conserving their secondary ammo, offering up screen-clearing explosives that are controlled in relation to the vessel’s position on-screen.

Gun Frontier would not receive a home port until a tweaked and remastered edition appeared on Sega Saturn in 1997. The original edition has since featured on numerous Taito compilations. While there are arguably better classic shmups on the market, Gun Frontier stands out due to its interesting rework of America’s frontier era, with various in-game designs built around themes such as buffalo stampedes, silver dollars, old west weaponry, and, of course, the Californian Gold Rush.

Gun Frontier is available to download now on PS4 and Nintendo Switch.