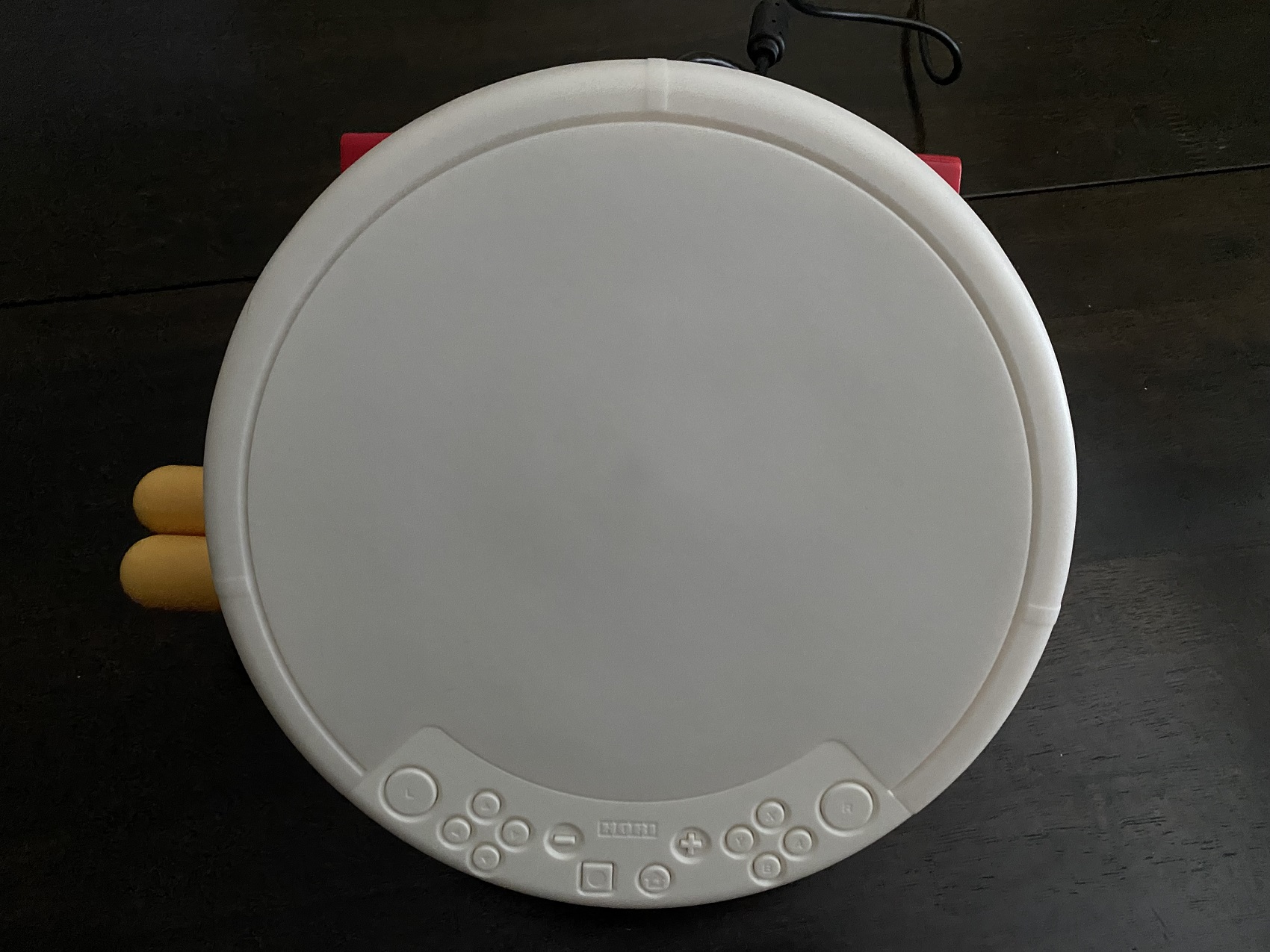 At first glance, Rhythm Festival doesn’t offer a ton of bells and whistles. The “story mode” really is propelled by a points/rank-up system, which provides you with additional kernels of dialogue with our hero, Don-Chan, and their relationship with other adorable characters. It’s extremely cute, and although it meanders a bit, it has a lot of heart to keep people interested: especially when it comes to families playing it together (which is what we did in our household).

As usual, your job is to drum two core notes (red and blue, or don and ka respectively): which are denoted by inside and outside drumming on an actual drum set peripheral. I mentioned the family angle; it really is one of the best entry points for the series: given the huge emphasis on not failing out by default (you just don’t get a passing score at the end), as well as a focus on practicing. You also get rewards constantly, and while currency is mainly used in a cosmetic fashion, positive reinforcement works for this universe on both a thematic and mechanical level.

Naturally you can also jack up the difficulty level if you’re a pro, or become a pro through the course of said training materials. A battle mode is the other core gametype (beyond the standard “load up and play a song”), and involves your typical puzzle head-to-head power-ups, which obscure notes while you try and top your opponent. There’s also co-op for up to four players.

The drum controller works fairly well with Rhythm Festival Switch beyond the drumming gameplay, interfacing with the menus via the tiny d-pads on the bottom (which can take a while to get used to, especially if you have big hands): though you can opt to fiddle around menus with another controller option simultaneously. Several retailers sell the drum controller for Switch, and you can also get it directly from Bandai Namco.

The one hangup for me in Rhythm Festival Switch is the subscription service: which is $3.99 a month, or $9.99 for three months. Now, in theory, some of you may enjoy it. There’s a ton of songs on offer (over 500), and a huge variety of tracks, from “A Cruel Angel’s Thesis” from Evangelion, to some Ghibli tunes (and even the Katamari theme!). I utilized the baked-in free trial, and my family spent hours just looking at tracks to save and play later. Bandai Namco clearly has a great stable of IP to draw upon, and some amazing partnerships to tap. Plus, there is a degree of direct paid DLC songs, if you want to go that route.

I’m never really a fan of subscription systems in rhythm games (especially after seeing several shut down entirely), but Rhythm Festival Switch has a lot of on board content to play with (roughly 80 songs). While the focus really is on the songs themselves rather than an array of modes, there’s plenty to do if you’re looking for new sounds to master.

[This review is based on a retail build of the game and the drum accessory provided by the publisher.]