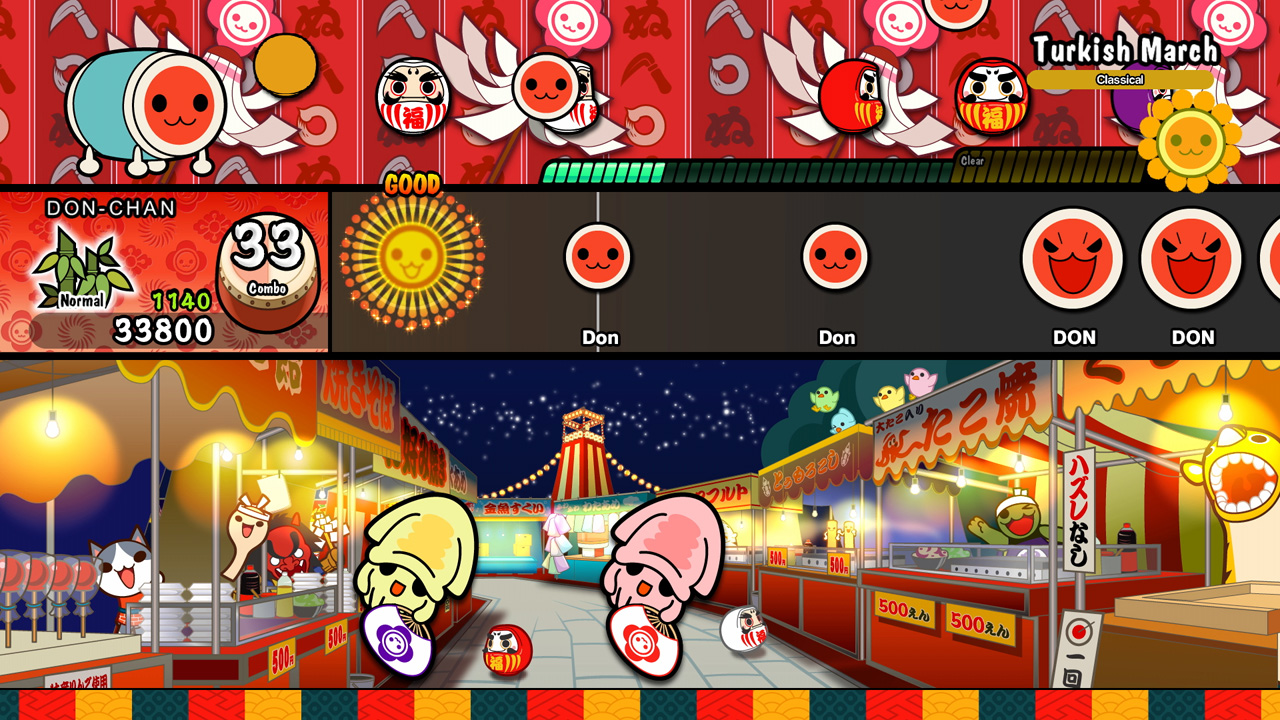 Taiko no Tatsujin: Drum ‘n’ Fun is…pretty fun! Released early last year in Japan and in late 2018 worldwide, the little Switch rhythm game that could (be localized) allowed us to enjoy the ancient art of drumming with anime characters in our own homes and on the go. Now it’s getting more DLC.

The Bandai Namco title is continuing their musical partnership with Nintendo with the Pokemon DLC music pack. Consisting of three tracks for 400 yen (roughly $3.50 USD), it’ll allow you to drum to the theme from Pokemon Let’s Go, “Aim to be a Pokemon Master – 20th Anniversary” and “Future Connection.”

Right now the DLC is only announced for Japan, and it might stay there due to licensing rights issues.