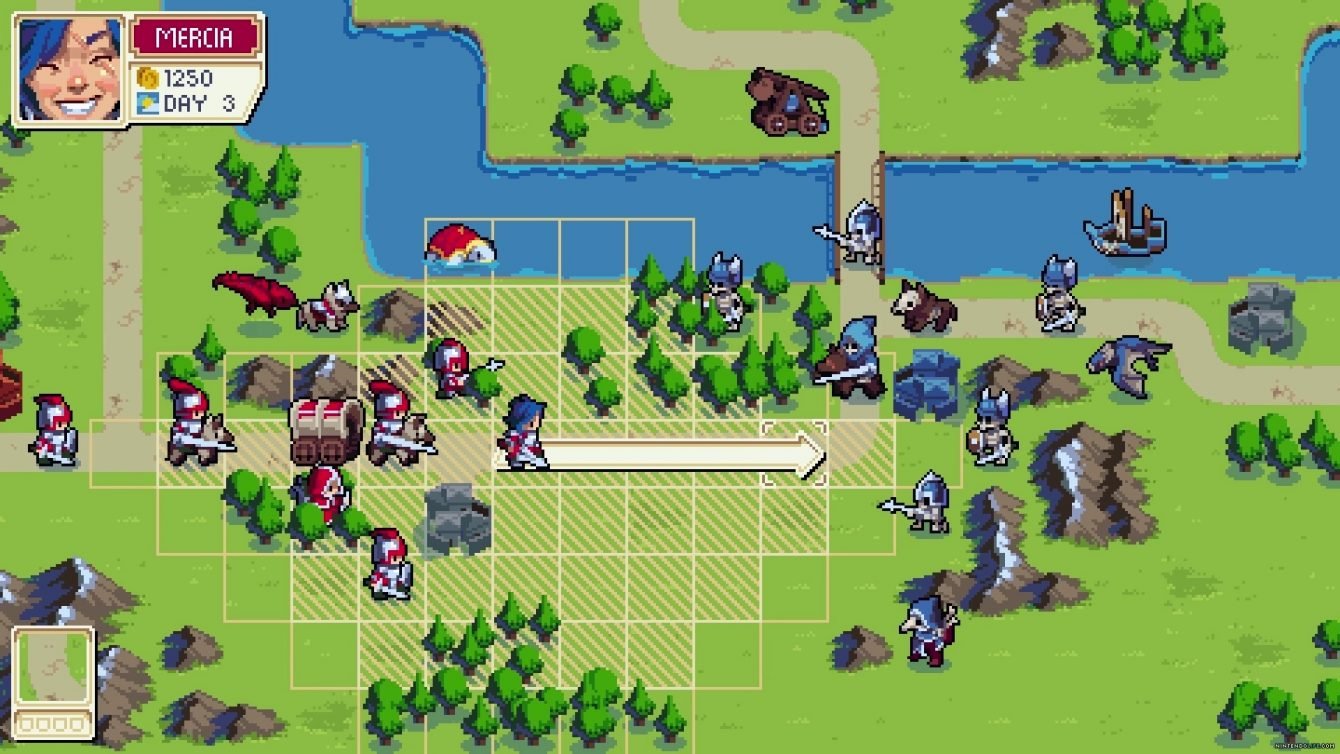 Just over a month ago Wargroove was unleashed into the world and players immediately took to it. Partly because of the general lack of high profile SRPGs in the current market (Into the Breach comes to mind), but also no doubt due to its Advance Wars aesthetic.

It just got even better too with a large quality of life patch that smooths out some of the game’s rough edges. The main event is the checkpoint system, which you can set anywhere and allows you to return to a specific point in a campaign battle after death. The difficulty system is also completely overhauled, with five settings (story, easy, medium, hard, and custom). The game currently defaults to “hard.”

Multiplayer also got some huge enhancements, like the ability to add AI to online games (huge) and nine more co-op maps. General improvements include faster skips (for things like cutscenes) and reworked menus. In a game where you’re going to spend most of your time in menus, that’s a welcome fix.

Wargroove is currently available on PC, Switch and Xbox One. It’ll see a PS4 release sometime this year amid a fight from Sony to make cross-play as difficult as possible.