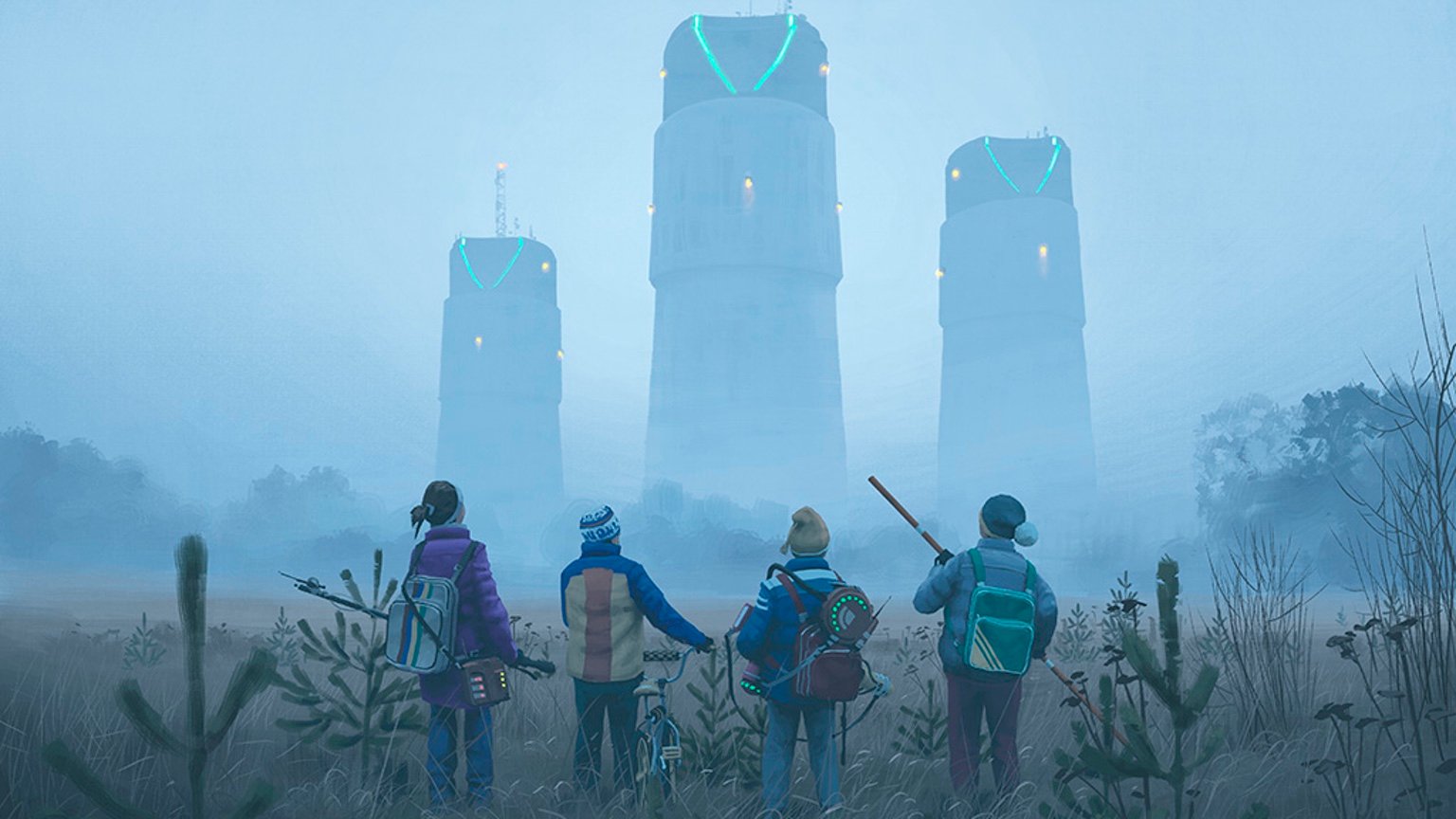 Tales from the Looper

Last night, the Kickstarter for a physical version of the upcoming Tales from the Loop tabletop RPG blew past its funding goal and every one of its stretch goals, earning just under $400,000 USD. Tales from the Loop is based on the universe of the same name from artist Simon Stålenhag. The Loop world, as depicted in Stålenhag’s paintings, is best described as Norman Rockwell meets the lived-in-near-future of the film Looper.

Tales from the Loop will be based on Mutant: Year Zero, the previous tabletop game from Free League Publishing. Like Year Zero, players will have to roll three six-sided dice and add the respective bonus — one for gear, one for skills, one for attributes — with at least one six required for success.

The Kickstarter page cites Stranger Things as an inspiration (because it’s 2016 and everyone’s heard of that show, right?), setting the game in the suburbs of an alternate-universe 1980s, where teens will solve mysteries while also trying to live normal lives as schoolchildren. Although the game’s standard campaign is set in Sweden (Free League is an international offshoot of a Swedish book and game publisher and Stålenhag’s work is set in the Mälaröarna Islands), there will be a US-based setting if American players want to set their campaign a little closer to home.

[Full disclosure: I backed this Kickstarter so we could have access to the beta PDF and the forthcoming printed books. Also, I got a poster because my walls are bare aside from these worthless pieces of soundproof foam. It will literally never affect my coverage of the game because I’m an adult, but transparency never hurts.]