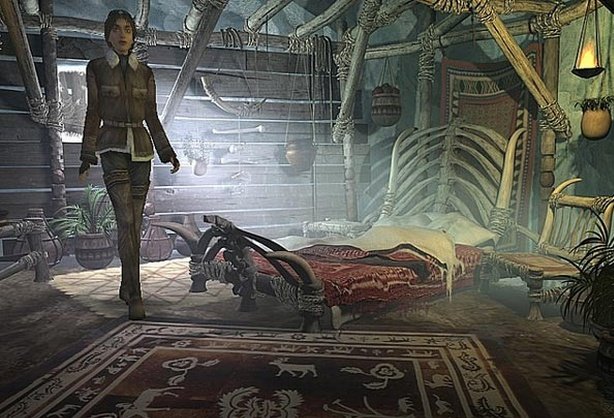 I was excited just hearing about stellar PC adventure Syberia making it to the DS in port form, but word of a third Syberia title on PC was even more cause to celebrate, at least for this fan of adventure games. It looks like the title coming to your PS3 may not be a possibility though, which sucks since I would love to be able to play it on that console.

Microïds president Emmanuel Olivier has spoken out in regards to the future of the title on PS3 with a letter, which you can read after the jump, addressing Sony’s involvement with Microïds titles. There’s lots of dirty details to be picked apart between the lines, but the bottom line is, if you want the game on your PS3, send an email to [email protected] and let your voice be heard.

Who knows if it will make the difference needed or not, but after news that sales of such smaller titles as Chinatown Wars and MadWorld, it seems me may have to fight a little harder to get our hands on games we really want that fall short of mainstream interest. Hey, I sent my email!

RETURNS ON THE SYBERIA 3 ANNOUNCEMENT

Paris, April 17, 2009 – Following the countless messages and questions from fans which followed our announcement on April 1st regarding the launch of Syberia 3, Emmanuel Olivier, President of Microïds, gives more details on that announcement.

“Syberia 3 is not an April Fool’s joke. The game is highly expected by the community of fans of adventure games and fans of Kate Walker and it will be launched, it is one of our most strategic projects at Microïds and we have been anticipating it for a long time.

It will be released on PC for sure, however, on PS3, this could actually turn into an April Fool’s joke because SONY is the only decision-maker on this point, as strange as it may seem to some people.

Benoît Sokal, the author of Syberia and Syberia 2, has mentioned several times in the press that he would only participate in a sequel to his masterpiece if he had enough financial means to design and develop an exceptional title. Today Microïds is ready to invest in this ambitious production. But everyone knows that to amortize the development costs of a major video game with that level of quality, it is essential to develop it for multiple platforms, PC and consoles.

However Sony Computer Entertainment has already censured Microïds in 2003 by denying that Syberia was released on PS2 in the United States though it had previously been released in Europe on that console. The same refusal happened for a dozen other Microïds titles for the U.S.

Beyond this censorship of the authors and their producers who believe in their creations and who take the financial risks when building up productions for the console without knowing whether they will be approved or denied by SONY in the last minute, the exorbitant royalties demanded by SONY to manufacture the games on its consoles seriously hamper the financing ability of independent producers. Microïds has paid more than 15 million Euros of royalties to SONY for its entire catalog, which represents 55% of the Microïds turnover for this platform. April Fools? Well no! It is unfortunately the “rule of the game” imposed by SONY.

The revenue shortfalls due to the PS2 games we were not able to sell in the United States, a highly significant territory, coupled with the excessive royalties paid to SONY for the European territories, have so far prevented Microïds from having the ability to reinvest in an ambitious sequel to the Syberia series.

So today we launch an SOS to all fans of the Syberia series: let us rally to support the independent creation and convince Sony to change its rules. Send all your messages of support to: [email protected]