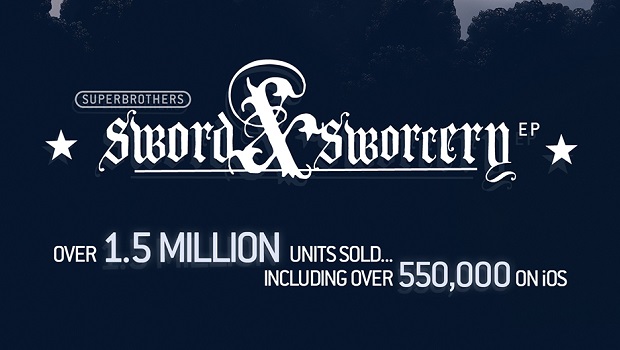 Capy has a revealing infographic on its site

Superbrothers Sword & Sworcery EP was one of the first iOS games that got a lot of critical acclaim, including a 10/10 from Destructoid. Capybara Games has posted an interesting infographic on its website that reveals the game has now sold over 1.5 million units, over a third of which were on iOS.

Another third of the total sales came from the Humble Bundle 5, with Steam, Google Play, and Android bundles making up the latter third. What’s interesting is the breakdown of those units sold and how many were purchased at either full price or on sale. Those paying the full price the most were iOS users, while Steam users were split fifty-fifty and two-thirds of Google Play users bought the game on sale.

Something that really caught my eye was how the iOS sales were divided amongst nations, with the UK narrowly edging out Japan by only a few percent. Considering the game was released a year later with a remixed soundtrack and full localization, it’s encouraging to see such a striking and original game do well in Japan.