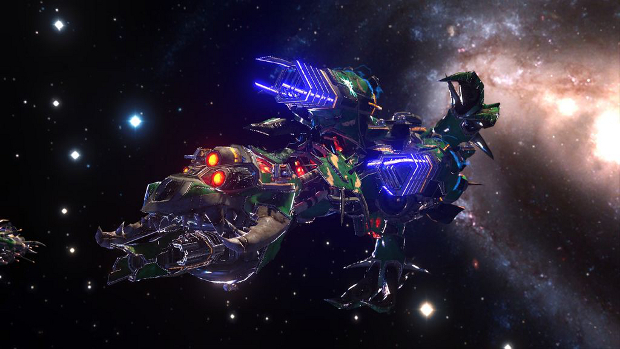 And I still can’t play

When Sword of the Stars II: The Lords of Winter launched over a year ago, it was an absolute disgrace. Not only was it released in an unfinished state, it was utterly unplayable. To call it a messy, bug riddled experience would be giving it too much credit.

Now, after countless patches and updates, it has been relaunched as Sword of the Stars II: Enhanced Edition, containing a slew improvements, DLC, and even a new faction, the shape shifting Loa. It’s available now for $19.99 or free, if you made the mistake of picking up the original version.

In its new state, I was hoping to finally get around to reviewing the title, especially given that most of the game breaking bugs have apparently been dealt with — how naive I was. Unfortunately, the same issue that has kept me from playing the game since I picked it up quite some time ago remains: I can’t play it in fullscreen mode. Game breaking? Maybe not. It’s certainly still a significant crack, however.

Those who have actually been able to play it are reporting that it’s a lot more stable, yet in the same breath many have complained that the latest update ruins the core experience. Are they right? I don’t know, I can’t play it for more than 5 minutes.