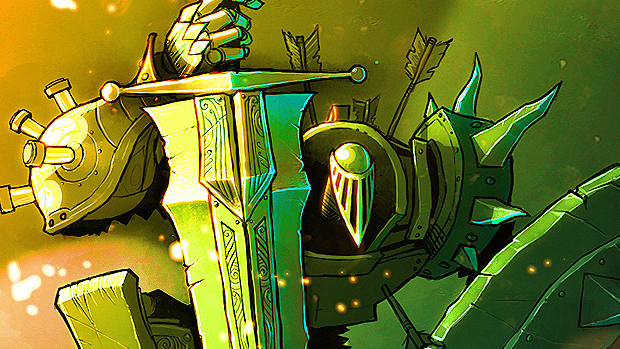 Strength of the Sword Ultimate

Strength of the Sword Ultimate is a bad, bland name for a good looking 3D action game.

This two-man project is actually an enhanced version of Strength of the Sword 3, which came to PS3 in 2013. It also gets a bit more naming credit because the “3” is a joke and there is no 1 or 2. I’m down with that. Anyways, it means you know these two can deliver on the project, which is seeking a modest sum on Kickstarter.

Additions include competitive multiplayer, co-op, polished up singleplayer, and a cool-sounding Dark Mode where stringing PvP wins together has you fight challenging Dark Swordsmen. Beating enough of them lets you enter matches as the powerful Dark Swordsman, whose powers are tutorial-free and need to be discovered.

Great trailer. Great, hand-drawn pitch page (that artwork is so endearing). Cool additions to an already-finished game. Modest funding goal. This is a good project. Strength of the Sword Ultimate is headed to PC (Windows, Mac, Linux), with stretch goals that could lead to releases on: PS3 and Xbox One; Vita; and Wii U.