[This week Japanator is sponsored by Sword Art Online! The following article is an advertisement.]

In the anime versions of the SWORD ART ONLINE story, we followed young hero Kirito as he battled through 100 levels to finally face Kayaba’s avatar in combat, and free Sword Art Online’s players. In Integral Factor’s massively multiplayer online recreation, you actually are one of those players, and so is everybody else. Rather than following the designated hero, it’s up to you to explore the many different worlds in your own way and see if you can be the hero the world needs.

It’s also the sort of undertaking that would usually result in a console or PC game, yet SWORD ART ONLINE: Integral Factor is a free to play mobile game for both iOS and Android platforms. It’s also a fully featured MMO game, and after you’ve created your avatar and been through a tutorial disguised as the last day of SWORD ART ONLINE’s in-game beta test, you’re free to take on quests, explore, level up, loot, craft and battle your way towards the ultimate victory.

Combat utilizes a system of normal and special attacks, augmented by the ability to switch quickly between different weapon sets, each with their own unique strengths and weaknesses. Every day you play, you get a bonus – it might be free Arcana gems, the game’s currency, or it could be Skill Records, items that unlock new abilities and attacks for specific weapons, as well as useful passive abilities. There’s also the option to craft new gear, and the game offers daily quests expressly for building up your crafting resources and EXP points quickly. Unlike other MMOs, this is a game that wants you to spend your time interacting with characters and advancing the story, not mindlessly grinding. 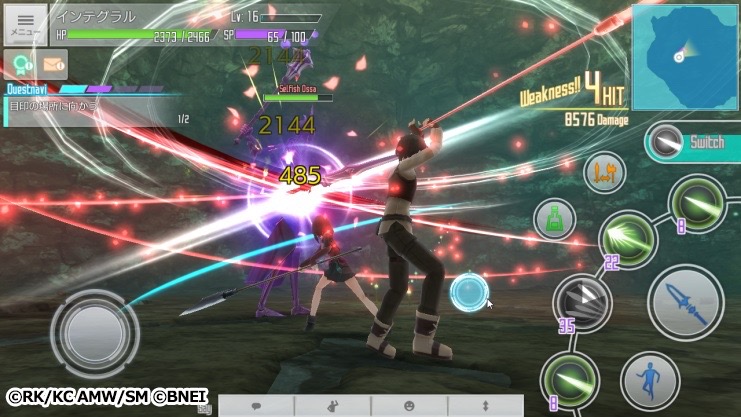 And what of those characters? Familiar faces from the manga and anime will cross your path occasionally, but the emphasis is firmly on making this your adventure in SWORD ART ONLINE’s world, and you can’t do that if you’re constantly in the shadow of an existing hero. Think of it as your chance to go beyond the margins of the story that has already been told, and find out what else is happening in this bizarre digital realm.

If you’re a fan of SWORD ART ONLINE already, the appeal of such a game is pretty obvious, but as SWORD ART ONLINE: Integral Factor starts at the same point as the existing story there’s no reason for newcomers not to join in as well. All the characters are experiencing this strange tale for the first time too, so there’s no bewildering catch-up needed. 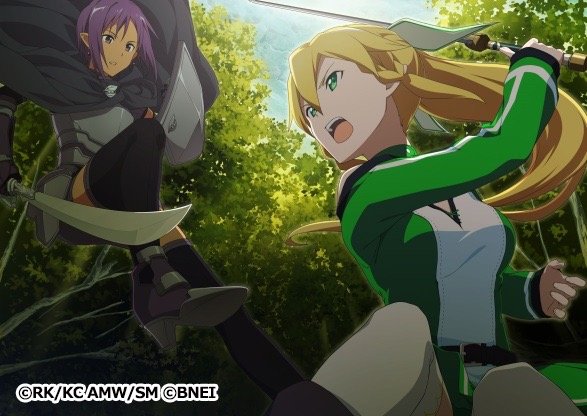 From its compelling exploration and combat, to its generous and addictive structure, and with new features being added all the time – including player guilds from April 26 – this is one game-within-a-game you’ll definitely want to be drawn into!

Also, all users logging in to the game before May 9th will be able to receive 2500 Arcana Gems, a pair of in-game stamps, 4 Star Asuna Skill Records (Attack & Defense boosts), additional localized languages and 4 avatar outfits for you and your partner when you log into the game.

Download the game right now and Dive into the world of SWORD ART ONLINE: Integral Factor by visiting Google Play or App Store.