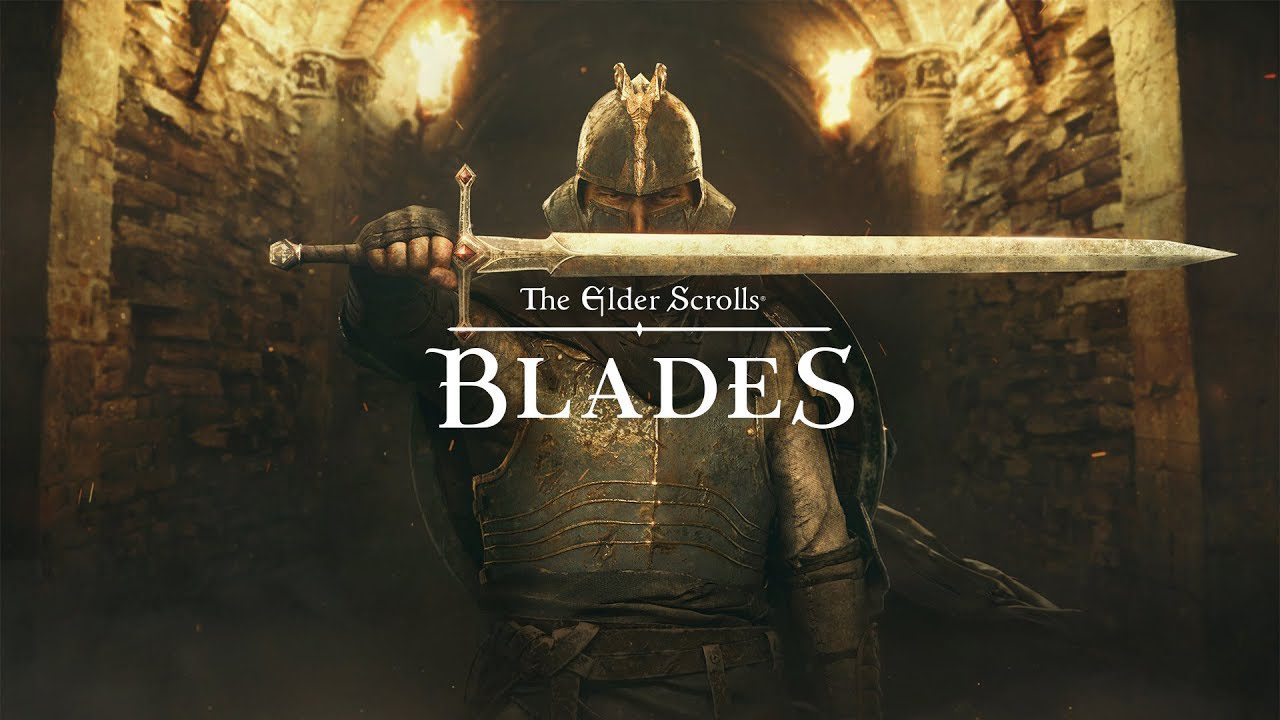 Not the sharpest knife in the drawer

The Elder Scrolls: Blades is an interesting case study. Here is a mobile spin-off of a console/PC franchise that is now making its way back to consoles via the Switch. With a “real” Elder Scrolls sequel still years away, and The Elder Scrolls: Legends sunsetting last December, this is the best we’re going to get from the franchise for a while.

For long-time fans of the series, Blades obviously doesn’t hold a candle to mainline franchise. Porting the game to Switch doesn’t make that any less true, it just gives the game a more comfortable way to play it.

If you need a reminder of what Blades is all about, here’s the gist of it. You play as a member of the Blades who returns home to find it on fire. To get to the bottom of what happened and rebuild your little burg, you’ll need to complete quests for townsfolk that require everything from collecting wood to killing spiders five times the size of you. Loot from these quests will help build your town up and you can speed the whole process along by purchasing gems. Gems can be earned through gameplay and you’re going to want to save them up when you can because some of the limited-time items you can decorate your town with are quite lovely.

The experience is more or less the same as it was a year ago when it was only on mobile. Through updates, it has received more content and the developers, to their credit, have taken player suggestions into consideration. Like a lot of mobile RPGs, Blades absolutely revels in its lore, and the further I got into it, the more I wanted to see this same story presented as a more traditional Elder Scrolls experience. Que sera, I guess.

I dropped off Blades more quickly than other mobile titles I’ve played because of the repetitiveness of the experience and the environments. If you’ve seen one dungeon, you’ve seen them all. Before it launched on Switch, I pushed myself to get back into the game and found my toleration of it roughly the same. It’s good in short spurts, and while the game doesn’t limit how much you can play, longer sessions with multiple missions tend to drag. Playing on Switch doesn’t fix that.

Last year at E3, I wrote the Switch port gives players more control of the action. That was my impression with just one mission test it out with. After three days spent with the port, it’s still the best compliment I can pay. While Blades was never a nightmare to control on mobile, it does greatly benefit from the addition of real buttons to press. Particularly when it comes to pulling off combos. It’s quite easy to straight up bludgeon your enemies to death here.

This ease of control carries over to the Arena mode, something that’s been added since I reviewed it in Early Access. If you’re tired of fighting giant spiders and predictable skeletons, this mode will let you challenge other players to see who’s better mastered the art of blocking. Connecting with other players took no time at all and as this is an always-online game, I didn’t experience any lag in the several matches I played. Admittedly, I wish there were lag, so I’d have something to blame for my poor performance other than my lack of talent.

That’s not to say that there aren’t performance issues. While on quests, I’d come across staircases that I’d walk through rather than up. I routinely ran into frame rate drops while traversing the linear paths and hallways, and it would sputter from time to time when walking around my town. Thankfully, this never happened in combat, but it did tend to happen even when very little was occurring on screen. Speaking of screens, it’s probably best to enjoy Blades in handheld mode as the graphics don’t quite make a graceful jump to the big screen. It can look very dated, not just in character models but in the overuse of brown and grey color palettes. When there is a splash of color, it’s usually from one of the ads that pop up at random while you’re in town.

If you have been playing Blades for a while now, you’ll be happy to know the Switch port uses the same log-in system as the mobile version, so you can continue your adventure on any device you have it downloaded to. There doesn’t appear to be a tutorial to teach you the differences in controls if you make the jump to your existing account right away. Most of it is self-explanatory, just remember you swing your weapon from left or right with ZL or ZR and it’s the left thumbstick that controls your shield.

I’m sure many of you have skipped over most of this text and jumped to the comment section where you’ve asked why anyone would want to play this game when The Elder Scrolls V: Skyrim is available on Switch. Then, I assume you’ve gone to the eShop page for Skyrim only to recoil in horror as you learn Bethesda is still charging $60 for it. But actually, I kind of agree with you. Because while I don’t have any sort of problem with a Switch port of Blades existing, I do wonder about the mass appeal of a title like this.

Obviously, this isn’t what anyone would consider an “authentic” Elder Scrolls experience. Very rarely is that the case when looking at mobile spin-offs. It’s nothing more than a workaday replication of the real thing. In its favor, I’d argue that, when compared to other free-to-play titles, it’s not the worst thing you can download to your smartphone. But I also don’t think it’s a dynamic enough experience to warrant a download on Switch if you’re not already playing.

There are much better options available in the free-to-play space, games that are more rewarding than this could ever hope to be. At best, The Elder Scrolls: Blades on Switch is just another platform for anyone who’s decided to stick it out with the mobile version. With the addition of a controller to the mix, it’s the preferable way to slay a bunch of quests. But if you’re going to put time and effort into a free-to-play title, shouldn’t it be with something that’s always enjoyable rather than something that’s just marginally fun?