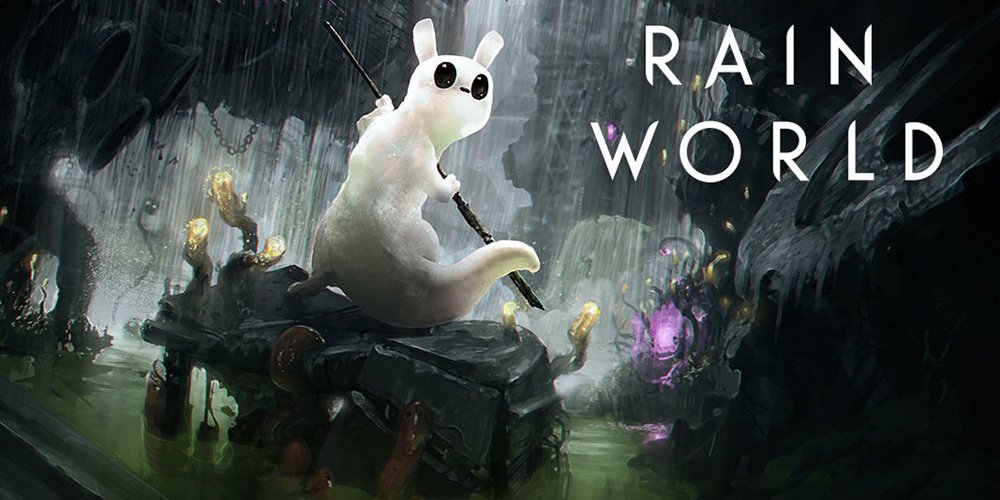 What if Mary Lou Retton was an unlucky cat in a global warming wasteland?

Nic Rowen’s review of Rain World seemed sympathetic but sad, which makes sense given that the game does a lot to invoke those two feelings. The bad news is, he was also feeling pretty disappointed when he said “I feel so badly for this game in a way. It seems so close to being something special and wonderful, but is just undermined at every turn by baffling design choices, poor controls, and frustration. Maybe some of these issues will be addressed in a future patch and Rain World will become the game it feels like it should have been. Someone else will have to let me know.”

Then a few months later, many of the issues Nic described were indeed addressed in a series of updates that added difficulty levels, decreased the need for potential grinding, and improved the map system. So the devs did their part, but did anyone let Nic know?

Steam’s user reviews definitely tried to get the word out, which now average at very positive. Still, it’s an uphill battle for any game that’s looking to reestablish its reputation after coming out of the gate to a mixed critical response. Slain managed to garner some goodwill after completely overhauling its combat system shortly after launch. TumbleSeed added an entire new game’s worth of content for free a few months after its debut, which helped it to get some additional headlines. Still, it’s unclear if the positive press for either game led to much of an uptick in sales.

I hope that Rain World fares better than that. With a new physical edition on PS4, and a surprise early launch on Switch, I think it has a chance, especially on Nintendo consoles. I know this game has an audience in the home of Mario, Samus, and Olimar. Though they aren’t directly related, you can see the DNA of all three running through different aspects of Rain World. I just wonder if Switch owners will pull Smash and Pokémon away for long enough to see it too.

Rain World puts you in the role of Slugcat, a noodle-like mammal trying to explore and survive in a serene post-apocalyptic wasteland. Your wobbly feline has no claws or bite to speak of, but their javelin throwing and gymnastic abilities are beyond Olympic level strong. Coupled with those powers come specific moves that seem directly inspired by some of Samus’s tricks in Super Metroid and Mario’s acrobatic turn in Donkey Kong ’94, like the wall-jump, the quick-turn backflip, and the tuck and roll landing. Also like in those Nintendo classics, most of these maneuvers are never explicitly taught to the player. You’re supposed to discover them organically.

Organic is probably the best word to describe all of Rain World. Everything from the controls, the characters, the story, and the game flow feel alive and mushy. It’s all like a big bed of moss that may or may not release endorphins, hallucinogens, and/or toxic spores into your lungs at any time.

That may sound overly intimidating, or even disgusting, but thanks to its consistently poetic delivery and reward for risk-taking, Rain World almost always inspires curiosity. For example, if (or should I say, when) you are killed by a giant lizard, you can watch where it carries your corpse as it travels back to its nest. Watch for long enough and you may see it drag your dead body to an undiscovered location. In your next life, you can use that information to discover all new areas that you may not have found otherwise. Heading back to the scene of your most recent murder also yields more practical benefits, as wherever you died in a past life, a flower will grow. Eating the plant can later help you to preserve “karma,” the in-game currency you need to progress.

Hiding a tip amid a morbidly fascinating wildlife funeral procession may seem like a random move, but it falls right in line with the game’s overall aesthetic. Like in Pikmin, Rain World‘s animal kingdom is fascinating to observe. Through traces of lost language and smatterings of graffiti, you get the sense that people used to live here. Now they are gone, replaced by nature’s food chain. Slugcat sits near the bottom of the chain, above bats and centipedes, parallel to giant beetles and ape-like scavengers, and far below the Ghibli-esque fungus deer-rabbits and monstrous deep sea leviathans. Few of these monsters are your “enemies” in the traditional sense of the word. Like you, they just need to eat, and sometimes that means eating someone else.

Like in many of the best games in the survival genre, Rain World makes it fun to push back on the barriers that separate predator from prey. Slugcat is a softy, but with your human brain calling the shots, they can use tools to turn the tables on anyone or anything. Sometimes it’s as simple as throwing a rock to distract a dragon, or poisoning swamp parasites with a specific form of plant, but it can go way past that if you’re willing to experiment. If you show enough commitment, it’s even possible to inspire empathy in this harsh world. It took a lot of work to turn wolves into dogs, and likewise, it’s not easy to domesticate carnivorous reptiles, but it is possible.

One thing you can’t tame is the passage of time. Rain World has an internal clock that ends in a deadly storm that sweeps away everything in its path. This makes exploration for long stretches particularly anxiety-inducing. If you’re in a new area and don’t know where the safe zone is, you may end up drowned or torn apart before you get lucky enough to find shelter. These safe zones also work as respawn points, so if you die on your way to one, you’ll have to make the same treacherous hike all over again. In this far-reaching landscape made up of twelve different regions, sprawling across industrial dumps, waterlogged islands, floating continents, and anti-gravity tunnels, death from exposure to the elements is bound to happen more than a few times.

That’s just one of the many ways you will end up dead in Rain World. Even on the least conflict-oriented difficulty (appropriately titled “The Monk”), you will often end up a limp and lifeless. While many rooms are carefully choreographed to inspire you to learn to tricks (a trap with no exit leads you to learn to wall jump; a field of carnivorous red grass coaxes you to try riding a giant beast), the complex and active AI of the wildlife brings on many random-feeling events.

Just like there is no predicting when you might trip in Smash Bros. Brawl, Rain World sometimes asks the player to accept unavoidable loses. In life, and in video games, sometimes the cards are just stacked against you. That may frustrate control freaks, but for those that like an added layer of realistic chaos in their games, it just makes the experience more believable, especially when you manage to survive a situation that seemed destined to end in your death.

The difference, of course, is that when you die in Smash, you may be playing competitively, and losing against another person is a bad feeling for some people. In Rain World, the only thing you have to lose is karma, the previously mentioned in-game currency that you need to collect in order to open up certain locked doors. That can definitely sting, as finding new areas and creatures are among the best moments in the game.

The good news is, you can gain karma simply by getting to shelter before the rain falls with enough food in your stomach to hibernate on. I lost all my karma once in about five minutes, after repeatedly getting eaten by plants or stabbed to death by angry primates. Then I gained it all back in fifteen minutes, thanks to a lizard that distracted the scavengers long enough to let me get to safer, more familiar ground. From the sounds of it, the karma currency exchange system wasn’t quite as generous when Rain World first released. After being patched several times, it now stings just enough to make the looming chance of death feel scary, but oppressive.

The only place in the game I felt truly crushed is in the optional Arena mode, which takes place out of the single-player campaign and its karma system. This combat-heavy deathmatch mini-game and the Sandbox mode are the places to go if you want to practice your action and evasion skills alone or with friends. Both can get intense, sometimes to the point where the amount of stuff on screen causes serious slowdown. The devs are working on fixing that though. Just earlier this week they released a patch that fixed several game-crashing bugs and other technical issues. I can only hope that the next update offers up some Slugcat pups, but only if you can’t kill the younglings.

Apologies in advance if you’re tired of me comparing Rain World to Nintendo franchises, but after playing the game for a week, I can safely say that this is the experience that I wanted out of Breath of the Wild, but didn’t quite get most of the time. It offers up a massive, mysterious world that feels real, while still being filled with smartly designed “game-y” opportunities to develop a sense of mastery of your character and connection to your environment.

More importantly, it’s densely packed. You never have to run for five minutes straight across an uneventful open field in order to get to something interesting, or contend with the same drawn-out battles against bullet-sponge bad guys that come at you in the same way over and over again. If you play well, you’re always just a few seconds away from the next screen, and you literally never know exactly what will happen when you get there. If you can get past its cryptic nature and eagerness to make the player feel vulnerable, then Rain World just may have the power to take you away from Smash for good, or at least until that seductive Piranha Plant shows up and sucks you back in.