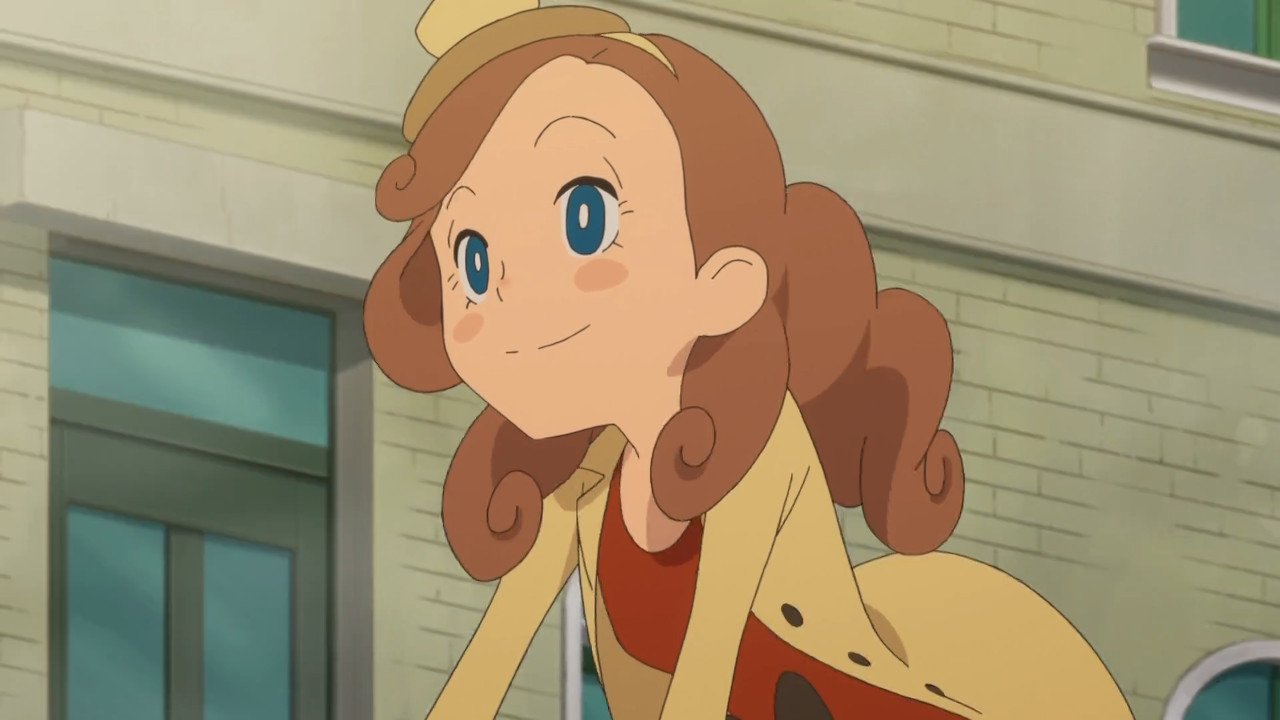 And the award for longest title of 2019 goes too…

Professor Layton has solved hundreds of riddles and dozens of mysteries since he first debuted on the Nintendo DS back in 2007. From a curious village in the English countryside to the mythical town of Labyrinthia, there wasn’t a case he couldn’t close, no conundrum he couldn’t construe. But there is one mystery that’s been a shadow over the franchise for the past few years. With the popularity of two-screen devices dying off, how would it continue in a one-screen world?

Well, it took a while, but we can now consider that mystery solved.

Layton’s Mystery Journey tells the story of Katrielle Layton, daughter of the world-famous professor, who’s opened her detective agency in the heart of London. Ready to make a name for herself, though already well known in Scotland Yard, she teams up with talking dog Sherl and assistant Ernest — the Duckie to her Andie, the Ricky Lipman to her Janey Briggs — to solve a series of cases surrounding the Seven Dragons. The Dragons are the seven wealthiest people in London who each find need for Katrielle’s services.

I first wrote about Layton’s Mystery Journey when it first released stateside on iOS. Two years later the core of the experience is still the same. Katrielle is still endlessly upbeat and unevenly written. The dialogue is wonderful, the world is beautiful, but the overall story doesn’t go anywhere. I’m almost done with a full run-through of the Deluxe Edition and my disappointment about the structure and plot remains the same.

Ditto on the puzzles. Layton’s Mystery Journey has arguably the weakest puzzle collection in the series, though it has the most a single game has ever seen. The Deluxe Edition on Switch has even more puzzles than before, with more than 40 added to the package. Because I don’t have an eidetic memory, I’ve forgotten most of the puzzles from my original time with Layton’s Mystery Journey — except the bad ones, I remember those vividly.

Anyway, despite being more-or-less the same game I didn’t like all that much two years ago, I’m very excited about this port. First of all, it has more than 50 new outfits to unlock and dress Katrielle up in and I am 100% here for that. I would buy this game if it was nothing but playing dress-up with Katrielle and then taking her around London to eat pastries and squid ink spaghetti. But there’s more. Beyond the cute outfits, the new puzzles, and spectacular HD artwork, the biggest addition to this edition of Layton’s Mystery Journey is its presentation. Namely, Level-5 figured out how to make a one-screen game out of a two-screen experience.

And really, it wasn’t that hard. Using the real estate afforded to them by widescreen on the Switch, Level-5 simply combined two screen’s worth of information into one. It arguably did that on iOS as well, but really it just split the screen in half, treating it as if it were a straight port from the 3DS. Here, the combination is organic, as though it has always been that way. Whether on my television screen or the Switch screen, the text is always easy to read and the spacing of the puzzle image with the instructions for it never comes off as cramped. This is a flawless conversion of the Professor Layton formula to the Switch format.

To make full use of its new hardware, Layton’s Mystery Journey Deluxe Edition includes several different control options. You can play with the thumbsticks of the Joy-Con controllers, moving the cursor across the screen, but using motion controls when playing in docked mode is far superior. Joy-Con movement is tracked exceedingly well and the fickle nature of the thumbsticks — they tend to go from 0 to 100 with a slight change in tilt — makes it easy to miss those spots that house hint coins and secret puzzles. Touch controls work elegantly in handheld mode, though I do long for the days of pulling a stylus out of the bottom of my unit to write my notes.

With a few adjustments, like tying the notes feature to one of the several, unused Joy-Con buttons rather than making players go into the menu to bust it out, these would be the perfect controls to carry the franchise forward on Switch. And really, that’s what is so important about this port. It paves the way forward for more Professor Layton games, something that seemed unlikely not long ago given the dwindling popularity of their original hardware and the fact that Level-5 seems to be having issues getting its titles out the door.

So don’t come into Layton’s Mystery Journey: Katrielle and the Millionaires’ Conspiracy Deluxe Edition thinking it’s going to be a wallop of an adventure. It’s not. But, do look at it as providing the blueprints for one of two-screen gaming’s most celebrated franchises to continue in a one-screen world.

Now when the hell is someone going to localize that anime series? Surely one of the nine million streaming services we have now could toss a loonie or two its way.