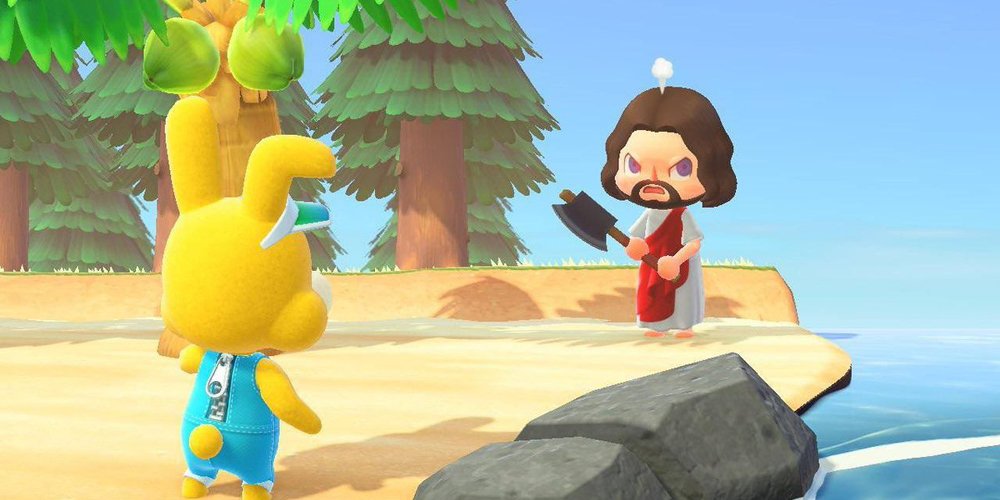 The Zipper-19 Virus will be with us until April 13th

Animal Crossing: New Horizons launched just as most parts of the world really started to feel the pain from the COVID-19 crisis. For many, the game made for the perfect escape. Depression, anxiety, and other aspects of trauma are natural parts of having your entire life upended, and up until a few days ago, New Horizons was one of the best unnatural ways to cope that we had.

Then a bunny entered the game and infected it with eggs. There are eggs in the trees where wood for crafting should be. There are eggs in the water when fish should be. All the villagers are talking about eggs. Like it or not, from now until April 12th, Animal Crossing has become Eggimal Crossing, and just like with COVID-19, the only thing you can do about it is wait for it to pass.

Here are a few Switch eShop titles you may want to pick up while you wait.

I was skeptical about the latest Bubble Bobble, but it’s exceeded my expectations so far. It’s not a surprise that the director of the game once blinged out fingernails for Sega. Everything about the game feels like high-class candy, and other than the opening sequence that features Bub, the star of the game, being beaten with a stick by dastardly villain Super Drunk, it’s about as light and inviting as it gets.

I’ve also been impressed by how each stage is designed to teach you a new strategy for beating enemies and getting around the environment. The original game in the series (which is included in this sequel) just sort of threw you into rooms filled with enemies and hoped you’d figure it out. This one is a lot smarter than that, and it’s packed with variety, which is something we can’t say for Animal Crossing under Zipper’s rule.

When it comes to places that keep you guessing, they don’t get much more dastardly that the ruins of La-Mulana 1 & 2. The first game infamously lets you wander onto a screen with a giant, murderous boss within barely a minute of play. Right from the start, the game says “Not only do I refuse to hold your hand, but I just might cut them off every so often, because I think it’s funny.” It’s one of the hardest games ever made, less because the enemy interactions are particularly rough and more because of the risks you must take to unlock the path forward. They are either mind-bogglingly dangerous, ingeniously strange, or both.

The sequel is softer overall. It doesn’t get really tough for at least a half an hour, which gives you a little more time to acclimate to the special way the series pulls the rug out from under you. It’s still La-Mulana though, so you will get crushed by a giant rock sooner rather than later. It’s not exactly relaxing, but it’s extremely rewarding when you manage to unlock a new area, and there are very few eggs to be found, which is itself a reward for those who suffer from PVGSD (Post Video Game-Easter Stress Disorder).

For the power to destroy the environment and everything in it: Psikyo Shooting Stars Bravo

Part of the pain of the build-up to Eggday comes from how repetitive it is. That said, it can be fun to do the same thing over and over again if it’s empowering, and what’s more empowering than flying while shooting?

Animal Crossing has plenty of birds, but if you want birds with guns, one of the only places to turn is the Gunbird series. Actually, the birds in the game aren’t technically “birds”. They are only “birds” in the 1940’s gangster slang sense of the term (AKA dames, broads, stems, etc.), and the only one of them that had actual wings (Morrigan from the Darkstalkers series) didn’t make it to this collection, but on the whole, these shmups from Pykio are a great way to unwind when egg-overload has you ready to explode.

This one was released on Switch on April 1st, and it’s jammed packed with the same kind of light-hearted, jokey dialogue that makes Animal Crossing so charming. In fact, the whole thing may have remained an April Fool’s joke had I not insisted that it was real. It’s since developed a huge following, largely thanks to Kebako, the cat-girl protagonist whose video game gun — a cannon that can be customized around nearly every genre of game, from rhythm action to turn-based RPG — and memorable banter with her sidekick Squiddle leaves her in a unique place.