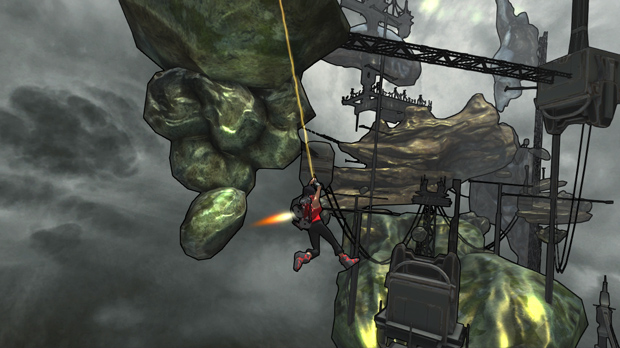 For fans of the Spider-Man 2 game

You might remember Energy Hook as the new game made by the guy who worked on the beloved swinging mechanic in Spider-Man 2, or possibly as the project with a $1 Kickstarter goal. I’ve been keeping an eye on this one for a while, knowing that it was coming to Steam. That is still the case, but as announced today, it will release first on PlayStation Vita and PS4.

“PS Vita is my favorite handheld,” wrote developer Jamie Fristrom on the PlayStation Blog. “There’s no handheld like it. Nothing else comes with dual sticks, and Energy Hook wants those dual sticks! It’s a very expressive game that wants precision controls. A touchscreen is not enough. I daresay it’s going to be the first, decent, 3D swinging game to hit a handheld.”

Something to look forward to this year, certainly. Swinging is tough to get right, but damn if it’s not one of the most enjoyable videogame mechanics out there.