An arm and a leg

The Missing: J.J. Macfield and the Island of Memories wasn’t 2018’s best game, but it might’ve been 2018’s darkest and most impactful game. Most everyone who spent time with Swery65’s overlooked and underappreciated The Missing found that it left some sort of mark on them. It tackles extremely sensitive subject matter in a frank way that’s both harrowing and sympathetic.

Originally digital-only, J.J.’s story now comes with some tangible accoutrements. Thanks to Limited Run Games, The Missing is getting a physical edition on PS4 and Switch. Here’s the product shot that shows everything included in the $80 limited collector’s edition: 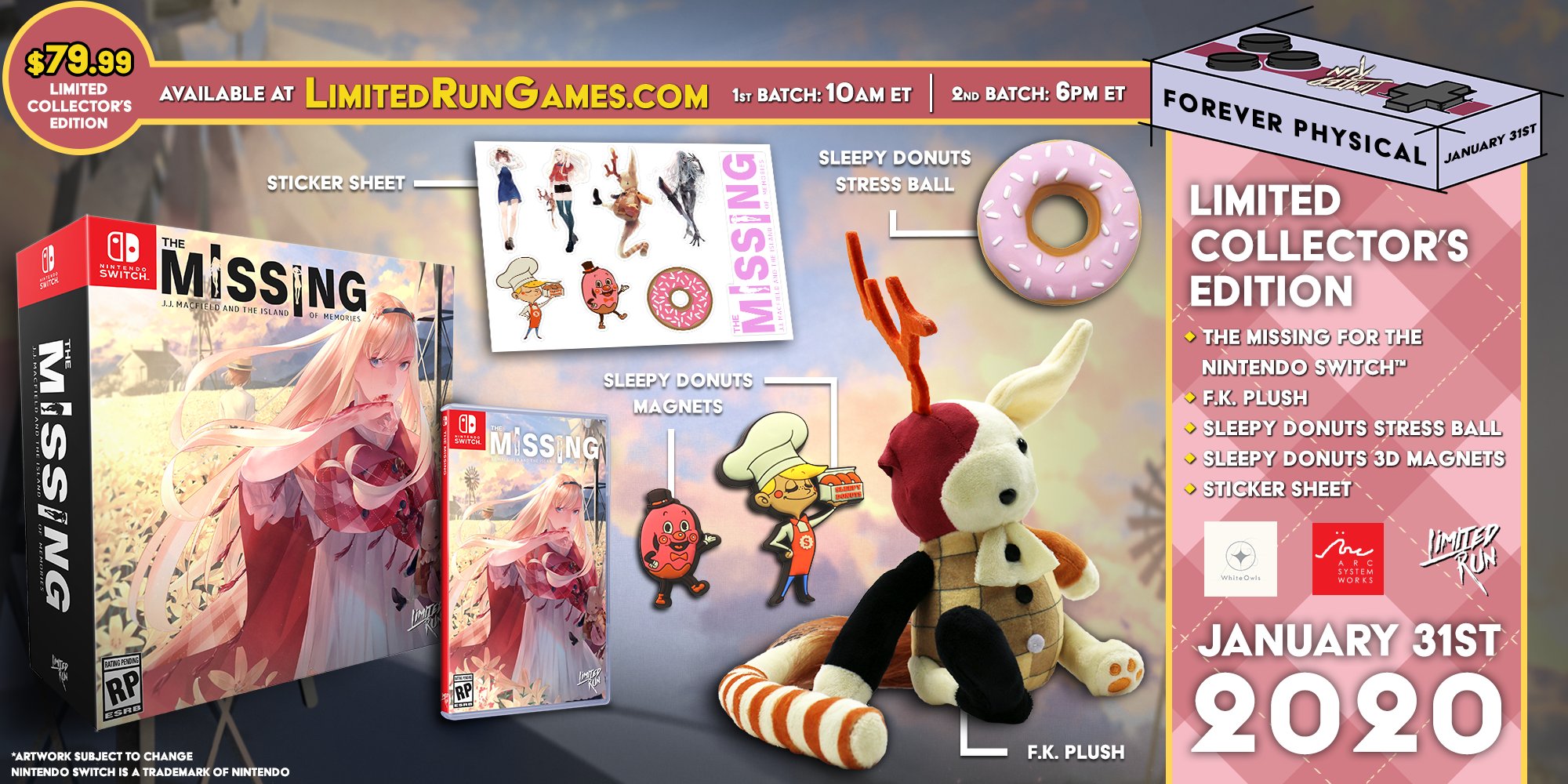 If having a physical edition of The Missing interests you, don’t wait too long on January 31. Limited Run lives up to its name, and this will only be sold for two weeks.