History is doomed to repeat itself

Well-known retailer GAME has gone bankrupt in Sweden. This might sound familiar to UK readers, as the same company went bankrupt in the UK back in 2012, risking many shops being closed down until it merged with retailer Gamestation.

GAME UK managed to survive, but it looks like it’s curtains for Sweden, as its press release (in Swedish, unfortunately) claims 31 shops will be closed across Sweden, as well as one in Norway. This comes only weeks after the company announced a “reconstruction,” so it looks like fell apart shortly after that. 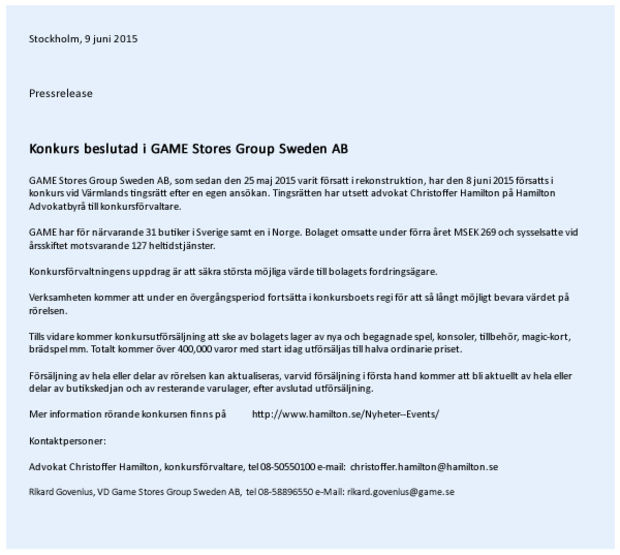 While we have been unable to translate the release in full, we have included it above for those who can read it to take a gander.