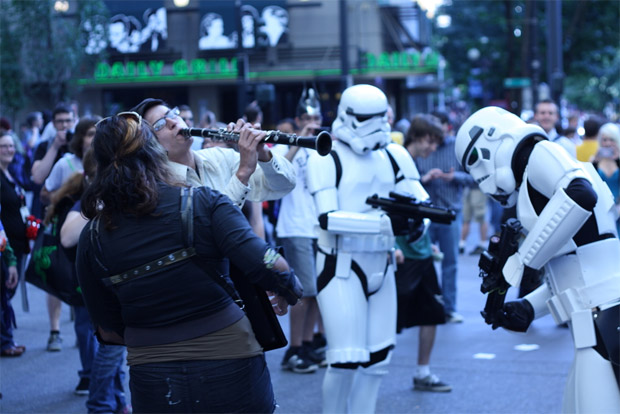 ‘We’re just being more aggressive about enforcing the rules’

Given the success of prior shows and a finite amount of space at the convention center, it was clear that not everyone who wanted to attend PAX Prime would have the opportunity to do so. It still came as a shock to see passes sell out within six hours. The event’s organizers have combed through orders and canceled “those that clearly tried to ‘trick’ the system and buy badges in bulk,” according to an FAQ.

Speaking to Polygon, Penny Arcade’s Robert Khoo explained that this represents “less than one percent of total orders.” With such high demand, however, one percent can add up. “We had a rule saying you can only order four sets, but in previous years we were pretty lax about enforcing them,” he said. This year, they were “just being more aggressive about enforcing the rules.”

It’s inevitable that something will have to be done in the years ahead, whether that means moving Prime to a new location or coming up with an alternate solution. “When push comes to shove and it becomes too difficult to do PAX in Seattle I will have to look at other possibilities at some point, but not right now,” stated Khoo.